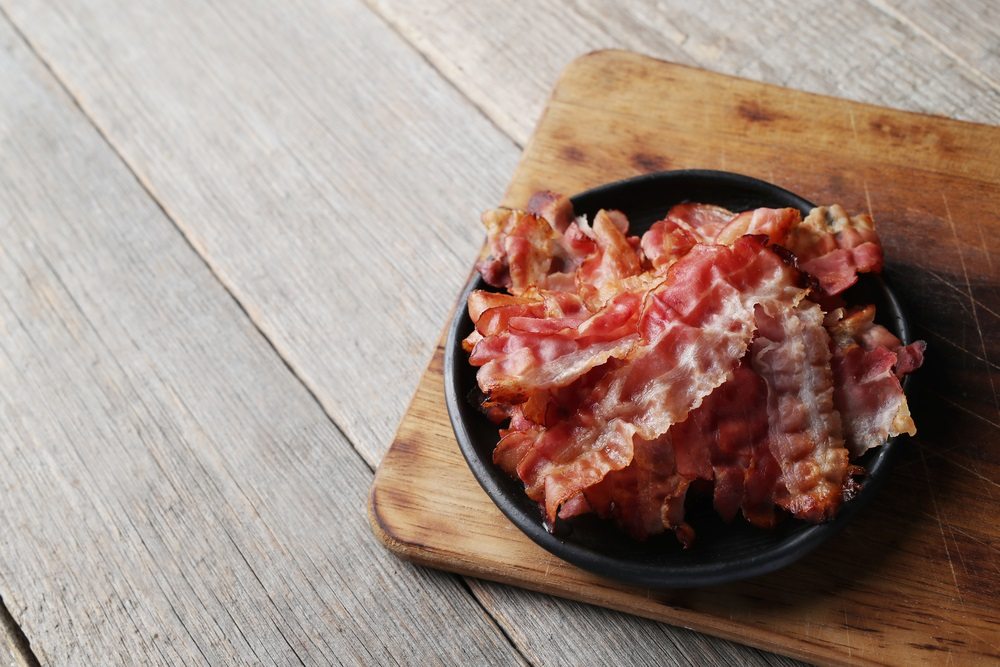 As reported earlier this week, meat and cold cut company Oscar Mayer is running a promotion called ‘Bacoin,’ a cryptocurrency-inspired redemption program designed to get people to promote bacon on social media. But there’s a problem.

According to new reports, the Kraft/Heinz-owned company weren’t the first to bring Bacoin to the market. A 27-year-old IT worker from Michigan called Kirk Steele says he created a cryptocurrency called Bacoin designed to be ‘backed’ by bacon in 2014. The coins, just like Mayer’s Bacoin, were meant to be able to be redeemed for strips of bacon.

Steele, who spoke with Motherboard, said that he was moved to take action despite his Bacoin project being far from complete because he feels that Mayer’s promotion is a ‘gag.’ Steele’s Bacoin was decommissioned and then revived last year, but as of yet Steele has not found a local meat company that will trade their bacon for his token.

“I thought [Bacoin] would be a nice way to get a local company in Michigan some coverage and have some fun with it,” Steele told Motherboard. “My initial reaction to [Oscar Mayer’s Bacoin] was that this is awesome, but then I realized that it’s fake and I don’t think there’s going to be any sort of blockchain behind it.”

Spokespeople for Kraft Heinz and HelloWorld didn’t immediately respond to Motherboard’s request for comments on Steele’s cease-and-desist and whether or not the promotion has a blockchain component.

Steele, who is actually quite serious about his project, is upset because Mayer’s press release names Bacoin alongside other ‘joke promotions’ from the company. One is a dating app called Sizzl that helps users find other bacon lovers, and potential love interests, nearby. Mayer also has an iOS app that works as an alarm by waking people up to the sound of bacon being cooked.

Bacoin’s official rules state that tokens are won via lottery and its price — which represents how many strips of bacon one token can be redeemed for — goes up and down based on how many people promote it on social media. The rules also note that the value of Bacoin may be adjusted ‘if sharing is slow and the value is low.’

“If they threw me a free year of bacon I would probably drop it and say that’s cool,” Steele said. “I’m kind of standing up for the little guy here. I don’t think I can afford a lawyer to go all the way with it, but we’ll see.”

The Meyer campaign isn’t the first initiative to piggy-back cryptocurrencies and blockchain. It isn’t even the first food-based company to do so. Long Island Iced Tea Corp. rebranded itself to Long Island Blockchain Corp. during the cryptocurrency frenzy at the end of 2017 and in turn saw its stock price escalate, albeit briefly.

Then there’s KFC who offered the Bitcoin Bucket in Canada, where the company offered a free bucket of chicken to (Bitcoin creator) Satoshi Nakamoto if he would pick up the food in person.

Let’s not forget Burger King’s WhopperCoin, released in August 2017 on the Waves blockchain. Customers earn coins when they purchase Whoppers, the coins are held in a digital wallet and can either be accumulated to pay for more Whoppers or exchanged for other digital currencies trading on the network.