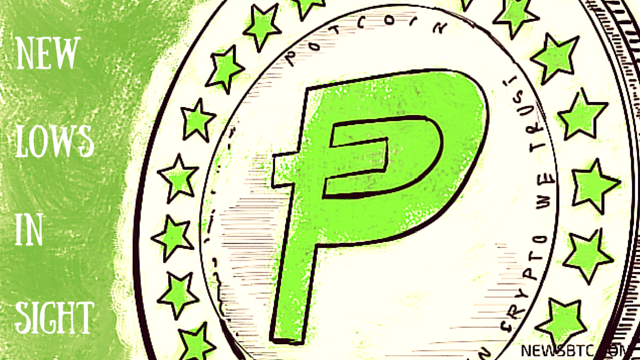 Potcoin price doesn’t seem to have bottomed out yet, as the recent breakdowns indicate that bears are very much in control.

The 100 SMA is below the 200 SMA, which confirms that the downtrend is likely to carry on. Furthermore, the short-term moving average is edging further away from the longer-term SMA, indicating that sellers are gaining more traction.

Stochastic is already dipping into the oversold territory already, hinting that bearish pressure might fade soon. However, the oscillator has yet to cross higher before showing that buyers are ready to take control.

For now, potcoin price remains on track to test the record lows near the 0.00000200 level or at least until the next spike at 0.00000225 level. No signs of a pullback are materializing just yet, which means that the broken near-term support might be a ceiling.