Problems with Slot Gaming and Why Reviews are Important 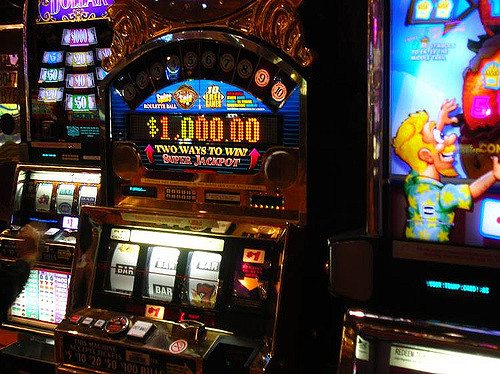 Slot machines contribute to about 70% of the revenue generated from gambling in the US. More or so, the expansion plans the casino association has with these slot machines might increase the revenue figure several times over the next couple of years. While everything seems hunky dory for this one armed bandit, there exist several pitfalls that players have to be cognisant about, before going for the game.

Most of us are swayed by the jackpot dream the slot offers, but often ignore the risks it brings alongside. As a result, hardly 5% of the players actually make money, while a staggering 95% lose. Luckily, there are several well-kept learnings that might help avert these losses and place your bets calculatedly.

The Odds of winning: While most of us know the odds of winning are slim across all slot machines, we do not realize that the machines are deliberately programmed to pay a maximum of about 85% of the total money wagered. Only a handful of casino companies these days offer legitimate slot machine services. All slots are not bad, so players should be aware about them. They can always rely on honest reviews for the same.

Speed of Play: With each spin happening in a jiffy, the immaculate pace of value erosion the slot machines offer are unmatched by any gaming standards hitherto. Typically, a machine can spin 600 to 1200 times an hour.

Weighted/Unbalanced Reels: Yet another preserved secret that keeps players away from profits. The machine reels are weighted so that the low incentive options appear more often than the ones that actually make fortunes. Moreover, the different reels on a machine are crafted differently to ensure minimum probability of jackpots.

Only a few casinos like All Slots Casino make sure that offer balanced reels to all its players.

False Wins: It happens when the prize money for a win is lower than the money wagered itself. While the screen displays a win situation, it is pretty apparent that the player is ultimately losing money.

Near Misses: When the combination is just a digit short/over a jackpot. Players tend to interpret it as a close miss and go for the next round hoping to make for the near miss. We need to understand that the result is a combination of reels and is nowhere related to how close did one miss the jackpot.

Stop button: Another false tool that gives the notion of control to the player. The outcome is decided the moment a player triggers the lever and cannot be influenced anymore. It’s just that the reels keep moving for good 5-6 seconds to create that suspense. The stop lever just affects the reels. Therefore, it is very important for players to connect only with provably fair casinos that rely on random number generation technique for all the outcomes.

Credits vs Currency: Most machines work on the notion of credits and not the currency itself. The rationale behind the same is to shield the realization of real money being lost. Players tend to value credits more than the money itself in excitement, ignoring the actual calculation of multiplying the credits with the currency every time.

Slot machines, overall, are fun and can be profitable. It’s just that, we have to be a bit more informed with what we are dealing with. Players should always check honest reviews before signing up with casino reviews.