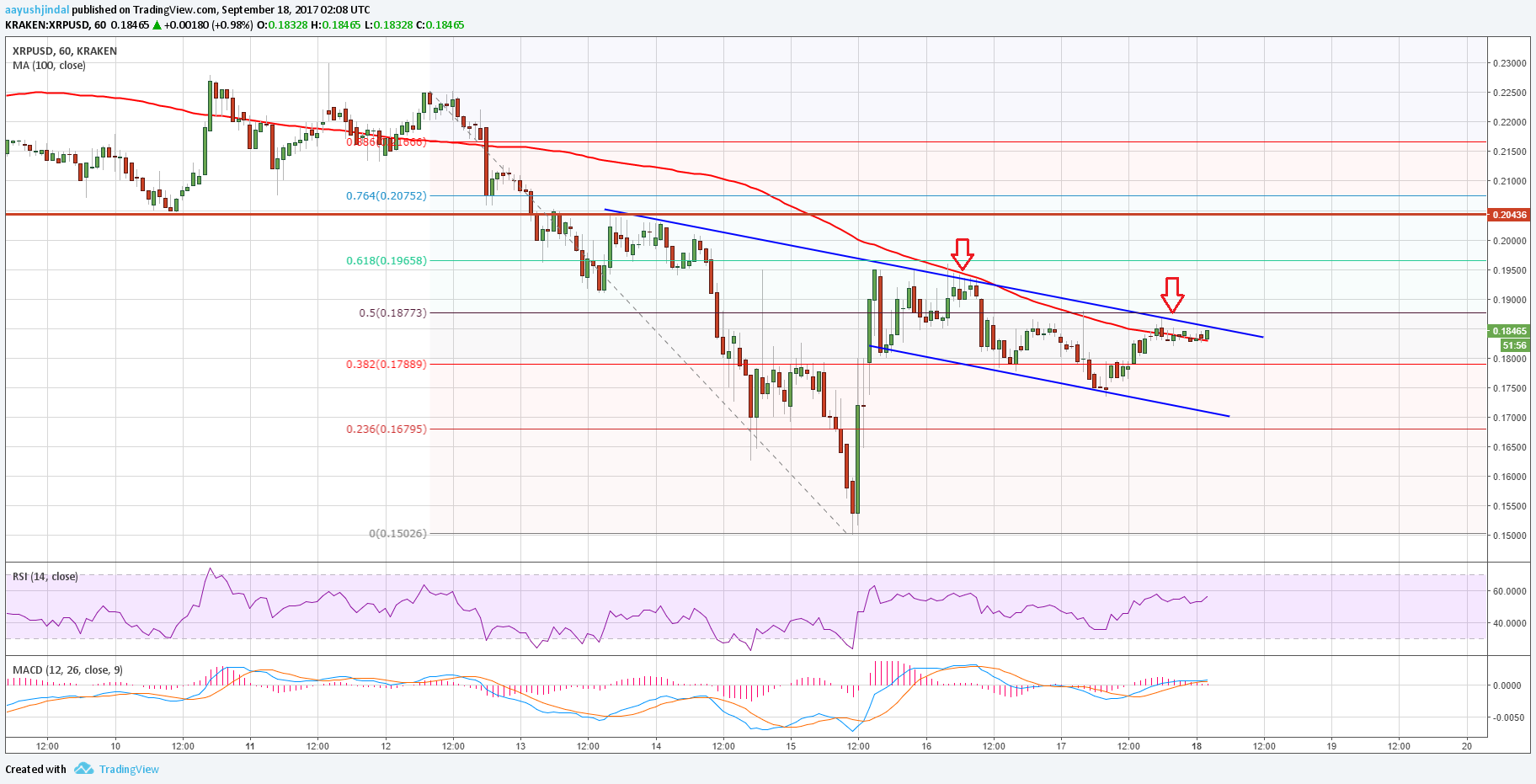 Ripple price is slowly recovering against the US Dollar and Bitcoin. XRP/USD now has to break $0.1850 to gain momentum in the near term.

It was an eventful week for Ripple price as it fell below the $0.1600 support against the US Dollar. The downside move was such that the price almost tested the $0.1500 level. A low was formed at $0.1502 from where a recovery was initiated. The price moved above the 38.2% Fib retracement level of the last drop from the $0.2251 high to $0.1502 low. However, the price seems to be struggling to clear the $0.1850 resistance and the 100 hourly simple moving average.

There was also a failed attempt to break the 61.8% Fib retracement level of the last drop from the $0.2251 high to $0.1502 low. The price is currently trading below $0.1900 and the 100 hourly simple moving average. On the upside, there is a major bearish trend line forming with current resistance at $0.1850 on the hourly chart of XRP/USD. A proper close above the trend line resistance, $0.1900 and the 100 hourly SMA is needed for further gains. Hourly MACD – The MACD for XRP/USD is struggling to gain pace in the bullish zone.

Hourly RSI (Relative Strength Index) – The RSI for XRP/USD is well above the 50 level.

Jim Cramer After Pump Toward $20k: It Isn’t Too Late to Buy Bitcoin