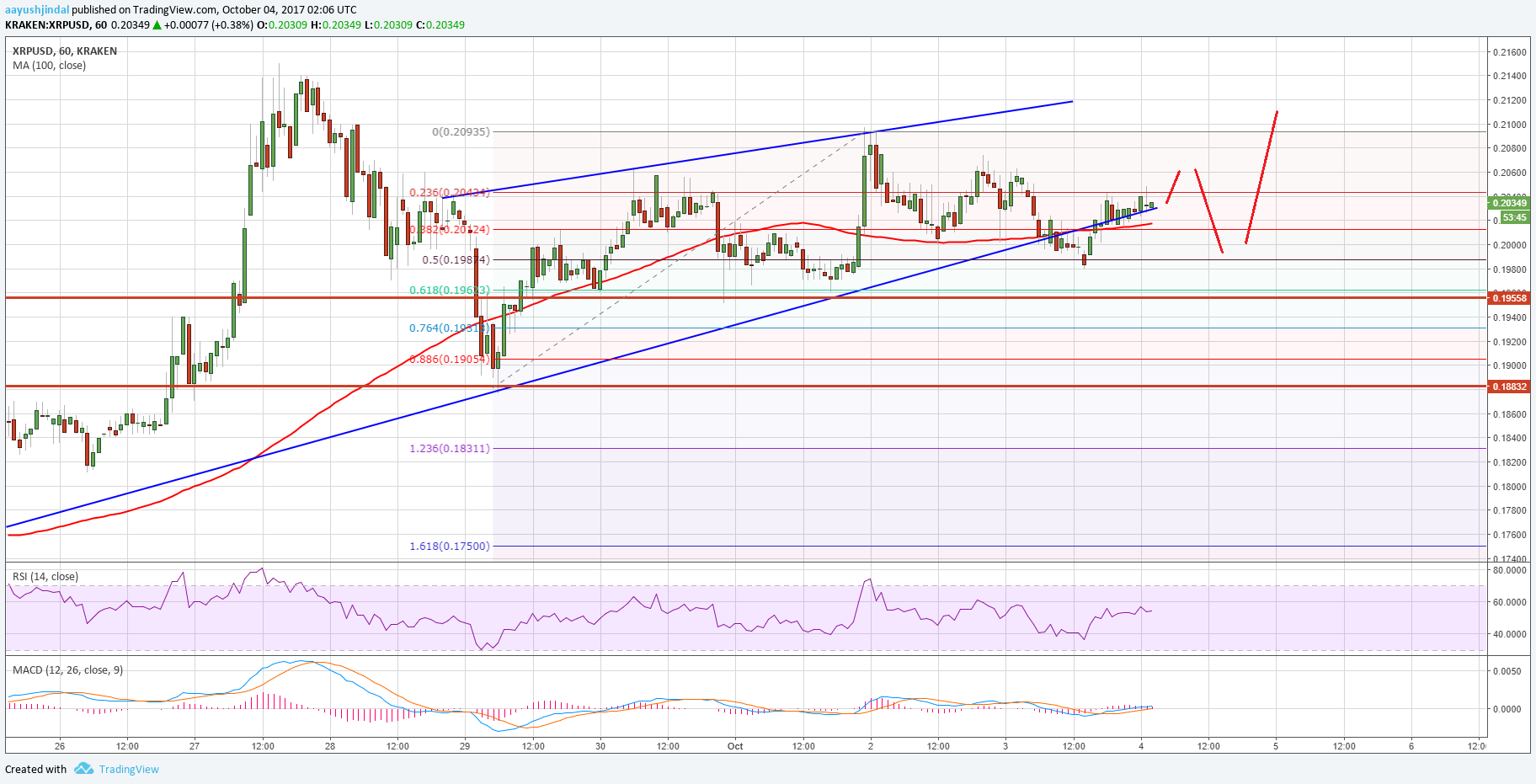 Ripple price is struggling to gain pace against the US Dollar and Bitcoin. XRP/USD might correct lower towards $0.1950 before moving back up.

It seems like Ripple price is not able to gain upside momentum above $0.2100 against the US Dollar. The price recently declined and broke the $0.2000 level before recovering. However, during the downside move, the price cracked the 100 hourly simple moving average at $0.2010. It is currently back above the 100 hourly SMA, but lacking pace and might break $0.2000 once again.