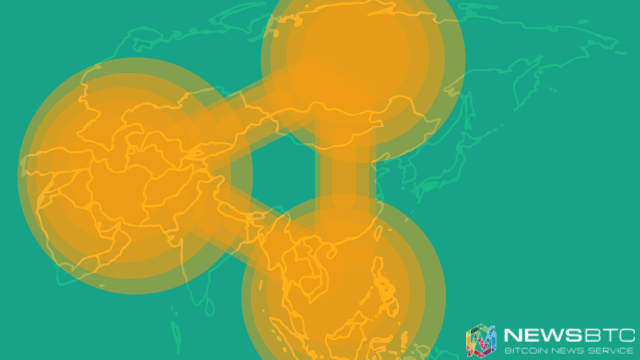 Even though many people do not give much credit to the blockchain service Ripple has managed to create, there seems to be a growing demand for their services in Asian. Thanks to a deal with SBI Holdings, this technology will be able to merge with banking industry experience and create a new company called SBI Ripple Asia. With a large focus on Taiwan, Korea, Japan, and China, Ripple’s enterprise solutions will focus on cross-border bank payments.

Ripple Keeps Gaining More Popularity In Asia And Beyond

In the Western world, concepts such as Ripple are not gaining too much traction. Part of the reason for this lack of growth can be attributed to a very fierce competition between banks, FinTech companies, and digital currencies. When there is an abundance of choice, it is hard to stand out amongst competitors.

At the same time, things seem to be going swell for Ripple in the Asia-Pacific region as of late. Not only will these enterprise settlement solutions keep making their ways to Australia and Singapore, but an expansion has been planned for other Asian countries as well. Ripple APAC will continue to service the demand in their current markets, whereas SBI Ripple Asia will target a different market.

SBI Holdings, Inc, a well-known global financial services company, has partnered with Ripple to bring cross-border payments to banks active in the region. Countries including Korea, China , and Japan, will soon be able to make use of Ripple’s enterprise solutions. With non-cash payments on the rise in all of these countries, there is a growing demand for companies with commercial deals with top banks in the Asia-Pacific area.

Ripple seems to check all of the boxes in that regard, as their distributed financial technology will help transform financial infrastructures all over the world. However, gaining traction in Asia is not an easy task for any company, which is where SBI Holdings, Inc. comes into the picture. With their track record of joint ventures, this partnership could help put Ripple on the Asian map.

“SBI’s deep expertise and relationships across banking, capital markets, insurance and payments will help aggressively scale Ripple in some of the fastest-growing financial markets in the world. Interbank payments establish the foundation of the Internet of Value. SBI is the perfect partner to help forge that foundation and then extend Ripple’s capabilities to new use cases in the future.”

Regardless of whether one agrees with what Ripple is doing or not, the overall story is how distributed ledger technology will gain a ton of exposure in the Asian markets. Even though this is not the Bitcoin blockchain as most people know it, Ripple is an extension of the underlying distributed ledger protocol. By showing banks and consumers how this technology can be wielded for settlement and cross-border transactions, the entire digital currency ecosystem stands to benefit.

Granted, Bitcoin offers exactly the same level of technology at its core, but takes an entirely different approach to achieving its goal. But it is also important to keep in mind this is just of the many use cases where distributed ledger technology can thrive over the years to come. Bitcoin, Ripple, and others, can peacefully co-exist.

However, there is one major difference between the solution offered by Ripple and Bitcoin’s distributed ledger technology. The former will still use trusted parties as a middleman overseeing all of the transactions, and intervene wherever necessary. Bitcoin, on the other hand, is looking to automate this process and remove the need for middlemen altogether.