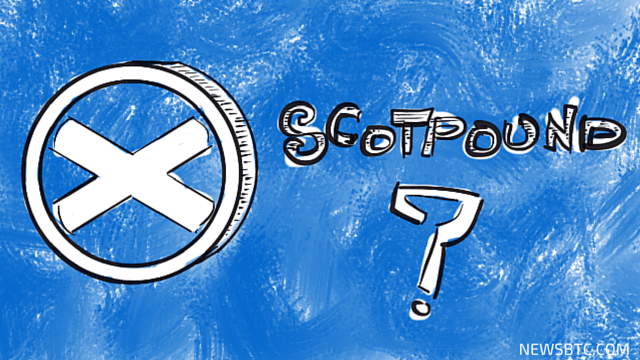 Scottish National Party (SNP) MP George Kerevan wants Scotland to work on a digital currency and has also said that this must be the next on the policy agenda.

The MP spoke at length about the much debated digital currency Scotpound at a fringe event at the SNP conference in Aberdeen.

Kerevan also brushed aside all conclusions which claimed that it was the advocacy of keeping Sterling that cost them the referendum vote.

While the MP vouched for the digital currency yet he also admitted that he does not have an ‘instant alternative.’

He further spoke about the digital currency in the form of Bitcoin which has been around since the year 2008, underlining that money is anything other people are prepared to accept in payment.

In short, he was hinting, that if they do come up with a digital currency then the success may not be too far away.

Going further, Kerevan also said that there is nothing that could stop the creation of digital currency and all that is needed at this juncture is to have enough people willing to lap it up and be agreeable on terms when supplying goods and services to one another.

He also spoke of the proposal by The New Economics Foundation (NEF) which he highlighted as a radical economic think tank.

The think tank had proposed for a digital ScotPound and to popularize this currency, it said that everyone on the electoral register would receive a citizen’s dividend of S£250 on turning 16. Now this would add S£15 million to the money supply each year and the people could “spend” this currency using their mobile phone.

This radical proposal further says that the new ScotPound would not add to the debt burden of the Scottish Government. It also implored the Scotland’s political parties to sit back and consider ScotPound as a unique social and economic opportunity for the country.

Kerevan went ahead and even linked the success of Scottish digital currency with the second independence referendum and hinted that this would indeed be a positive development.

Tags: bitcoinBlockchain Technologydigital currencyGeorge KerevanNewsscotlandscotpoundScottish National Party
Tweet123Share196ShareSend
BitStarz Player Lands $2,459,124 Record Win! Could you be next big winner? Win up to $1,000,000 in One Spin at CryptoSlots