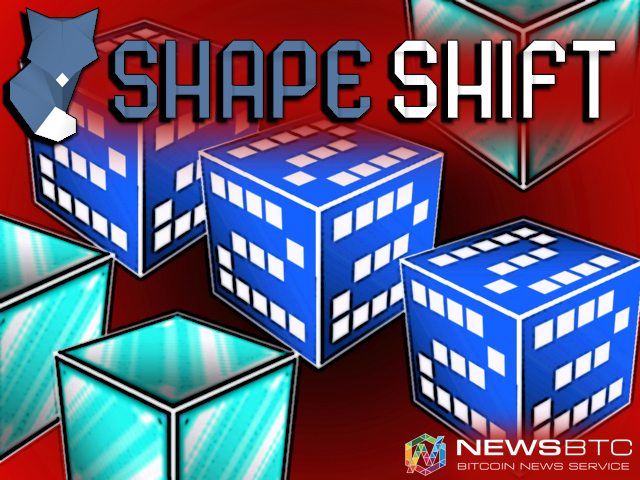 ShapeShift, the cryptocurrency exchange today announced that it is supporting DAO (Decentralized Autonomous Organization) and DGD (Digix DAO) tokens on its platform. With the inclusion of these two new crypto assets, the total digital currency offerings on ShapeShift now stands at 32.

Started by Erik Voorhees, ShapeShift is one of the first crypto-to-crypto exchange that allows individuals and institutions to buy digital currency without registration.

Digix DAO tokens (DGD) is an Ethereum-based DAO token – created by Digix platform – that allows people to purchase gold using digital currencies like Bitcoin, Dogecoin, Litecoin, and Ether. DGD works as a crypto-token on Ethereum based Digix protocol to facilitate the transaction of DGX (Digix Gold) tokens which represent the value of actual gold holdings. Each DGX token is equivalent to 1 gram of LBMA gold and it is divisible by 1000 times, making the smallest unit of DGX worth equivalent to 0.001 gram of gold. Digix makes it possible for its users to store and transfer gold using their Ethereum wallets. All asset documentation on the platform is stored using blockchain technology to ensure transparency and security of the gold holdings in the form of DGX. DGX holders can also convert their tokens into actual gold if required. The total market capitalization of DGD is over $18 million with 2 million tokens in circulation.

DAO tokens were created by Ethereum as part of their DAOhub crowdsale where the platform raised over $132 million, making it one of the most successful crowdfunding campaign ever. As a part of the month-long crowd sale, DAOhub raised over $132 million in ether to create more than 1.17 billion DAO tokens. The holders of Ethereum DAOs will be able to propose and vote for various Ethereum based projects, which will be executed using the funds raised during the crowd sale. These DAOs can be traded and the tokens can also be converted back to ether if the user doesn’t wish to control it anymore.

ShapeShift has become the first open platform to include both digital assets. On the other hand, OpenLedger is also offering tradable crypto assets linked to DAO and DGD called OPEN.DAO and OPEN.DGD respectively.

ShapeShift has bounced back into full-scale operations after being out of action for a while due to an attack. The DAO and DGD assets are the first new crypto asset additions to ShapeShift since it came out with a new platform following the security breach.

Few users who have attempted to trade DAO and DGD on ShapeShift have commented about facing some issues while attempting to ‘shapeshift’ DGD to ETH or BTC. Hope the issue will be resolved soon.

Tags: altcoinbitcoinBitcoin NewsBlockchain TechnologyDAOdgddgxDigixdogecoinEtherlitecoinNewsShapeShift
Tweet123Share196ShareSend
Win up to $1,000,000 in One Spin at CryptoSlots