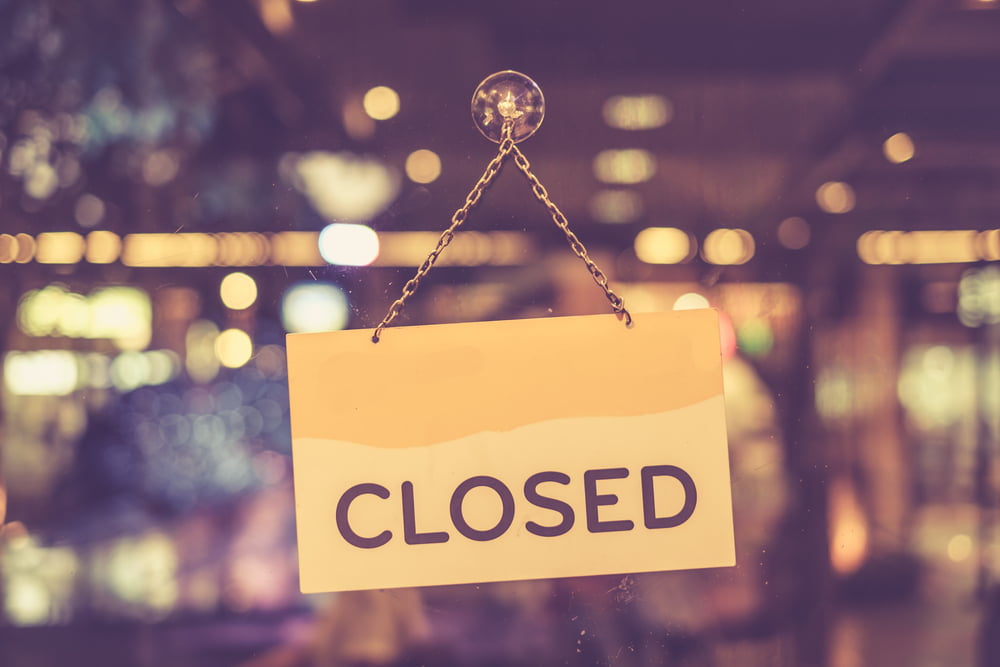 Sign Of The Times: Basis Shutters $133M Crypto Project Due To Regulation

Although crypto startups have been capitulating en-masse due to financial restraints, a direct byproduct of Bitcoin’s rapid drawdown in value, reports indicate that a promising stablecoin venture has folded due to regulatory qualms.

In recent months, stablecoins, cryptocurrencies tied to an asset deemed “stable” (ex. U.S. dollar, gold, etc.), have seen an unparalleled rise to prominence. Collaborating with Coinbase, Boston-based Circle launched USD Coin (USDC), while Winklevoss Twins-led Gemini, Paxos, and other leading startups also joined the fray with their own promising forays into the stablecoin realm. Although a majority of these ventures, namely USDC, have been deemed a resounding success, as such crypto assets could challenge Tether (USDT) in due time, some projects of the same sort haven’t fared well.

Per an exclusive report from The Block, Basis, a stablecoin project headed by three Princeton University graduates, will be shuttering its blinds after seven months in operation.

The American startup got off to a hot start in April 2018, raising over $133 million dollars from well-known venture groups, such as Google Ventures (GV), crypto-friendly Andreessen Horowitz, and Bain Capital. What set Basis apart from Tether, the controversial stablecoin purportedly integrally linked to Bitfinex, was its intent to use an algorithm-based “central bank” and a multi-crypto asset ecosystem, with such features allowing the startup’s native stablecoin to inflate and deflate “just like a real currency.”

Although the brains behind the operation had high hopes for their venture, which garnered notable levels of traction from leading venture funds, as noted earlier, Basis has folded its cards in a surprising turn of events.

People familiar with the matter told The Block that Basis, even with support from the likes of Andreessen Horowitz, ran into “regulatory headwinds” as it attempted to launch its in-house crypto asset. The insider sources didn’t give any further details on the matter, however, so it remains to be seen who shutdown Basis, and for what reason. Yet, seeing that the product was to be based off the U.S. dollar, with Basis operating within the jurisdiction of the United States proper, it can be assumed that one of the nation’s financial bodies was against the product’s launch and propagation.

No matter which American agency killed Basis, the startup’s closure underscores the growing anti-crypto movement from western governments. In recent weeks, the U.S. Securities and Exchange Commission (SEC), which kept quiet in regards to crypto for a majority of 2018, began to lash out, attacking two initial coin offerings (ICOs) in Airfox and Paragon, while fining the founder of EtherDelta for operating an unlicensed digital securities platform.

Although SEC commissioners haven’t directly stated that all token crowd sales can be classified as securities offerings, the entity’s recent actions indicate that it is leaning towards such an overarching ruling.

With U.S. bodies putting ICOs under increasing scrutiny, coupled with a rise in crypto-friendly behavior from Eastern Asian nations, commentators have begun to speculate that crypto startups will begin to flee to nations, such as Japan and South Korea.

As reported by NewsBTC previously, local media situated in Japan, citing insider sources, claimed that the nation’s Financial Services Agency (FSA) is looking into measures that would reign in ICOs, while ensuring that the crypto ecosystem maintains its health.

South Korea purportedly followed suit, even one-upping its Asian neighbor in a variety of senses. Per Korea Times, Hong Nam-ki, the nation’s minister of economy and finance, is looking into lifting the ban placed on ICOs, citing analysis pertaining to international trends, investor protection, and current crypto market conditions. Along with intending to lift the ICO blanket ban, South Korea has gone all-in on blockchain technologies, with the Asian powerhouse recently revealing the so-called “Blockchain Urban Plan” for the capital of Seoul. This initiative will see the local government allocate $100 million to bolster Seoul’s status as a blockchain capital, which should hopefully foster the adoption of this game-changing technology in the region.

Tags: Basiscryptojapanregulation
TweetShare11
BitStarz Player Lands $2,459,124 Record Win! Could you be next big winner? Win up to $1,000,000 in One Spin at CryptoSlots