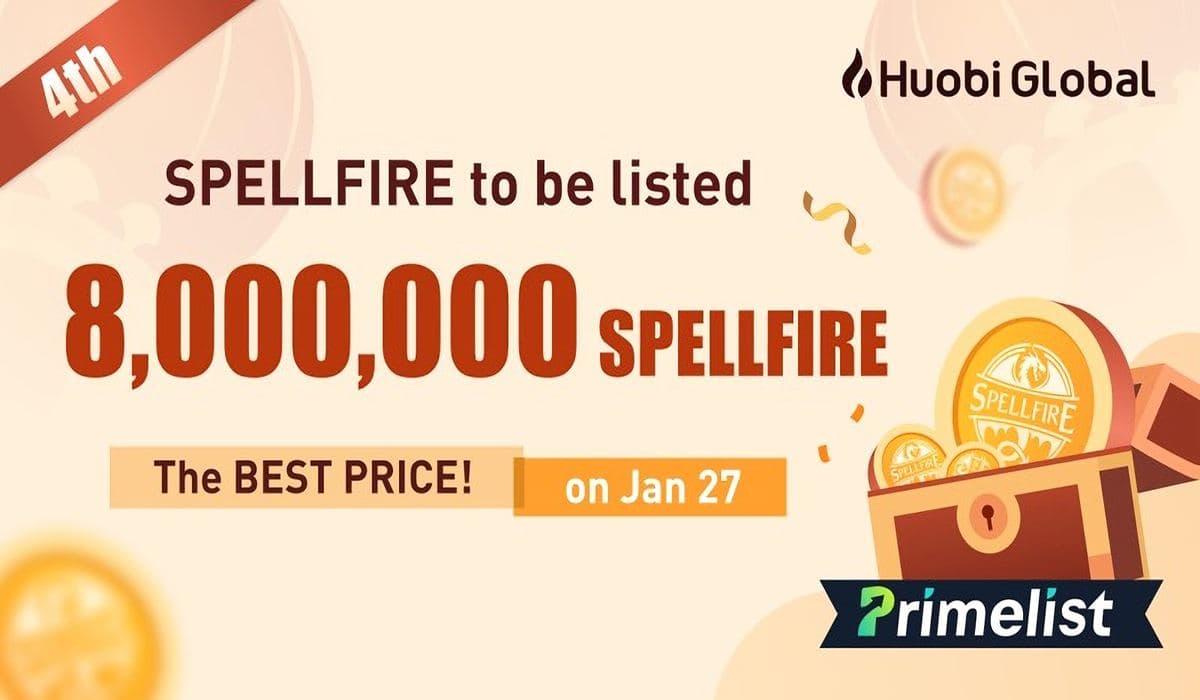 Spellfire is gaining momentum. The legend is back better than ever.

Chase the $SPELLFIRE on the most prestigious launchpads – 25th @Daomaker and on the 26th @GameFi.

Right after the launchpads, Spellfire is listing on Huobi Primelist on the 27th, one of the world’s leading crypto exchanges. Gaining a Prime List on Huobi ensures that Spellfire continues building on its exceptional reputation whilst gaining new levels of visibility for the project.

Huobi is the industry’s leading digital asset exchange in both liquidity and real-trading volume. Their partnership boosts Spellfire’s profile as one of the most anticipated blockchain games of 2022.

Spellfire’s listing on Huobi will introduce the project to a huge new audience of potential players and investors. In addition to providing our community an easy way to access the $SPELLFIRE token, it will also support its long-term value.

This news arrives shortly after the announced conclusion of funding rounds. To date, the project has raised a staggering $3.8 million and is backed by industry-leaders DAO Maker and Shima Capital amongst others.

Spellfire Re-Master the Magic is a brand new take on one of the most historically significant collectible card games (CCG) of the ’90s. Backed by the modern design implementations of the blockchain, NFTs, and Play-to-Earn, Spellfire is ready to re-enter the market at the opportune moment.

The game is among the first to introduce touchable NFT cards to the market. In addition to each NFT having a physical and digital form, they are fully upgradable and highly collectible.

Original NFT card owners can expect to earn up to 10x return on investment in passive income.

Players have the unique prospect of customizing and minting their own NFT cards. Members of the community and real-life landmarks can be reinterpreted for the Spellfire world.

Multichain NFTs are planned in the next steps to feature epic cross-chain battle tournaments.

The unique mix of past and future

As it stands, Spellfire is a comprehensive package that manages to pack 30 years of history into a Collectible Card Game (CCG) fit for the gamers of today, regardless of whether they feel most comfortable at a tabletop or in front of a monitor.

Players immerse themselves into Spellfire’s magical world to fight powerful monsters, wage epic wars, and become the ruler of some of the greatest realms in the land.

The nostalgic feeling many fans get from physical cards is an essential part of the experience, so the game has been designed to seamlessly blend real-world printed cards with their digital equivalents.

Spellfire gives ownership back to its players, in the form of NFT-based cards. The players will be able to own a part of the game they love whilst profiting from its success!