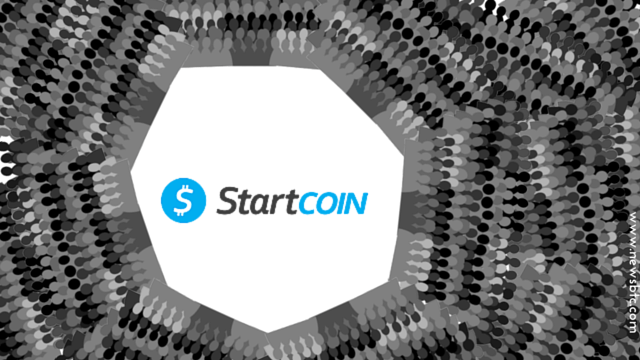 StartCOIN — an Altcoin for Crowdfunding and More

Altcoins are the next best thing after bitcoin. They come in all shapes and sizes, and they are usually designed for a specific use. Development of altcoins can be attributed to the success of bitcoin and the open source technology that powers the bitcoin network.

The concept of crowdfunding has been around for a long time even before the term itself was coined. Crowdfunding involves raising money from a large number of people. One of the best examples of crowdfunding during the pre-internet days is the construction of the Statue of Liberty. Funds required to build the huge statue was met by a large number of donors. Since then, the methods of fund collection from the masses has changed, it has gone online and it’s now being called “Crowdfunding”.

Crowdfunding is one of the most widely used alternative finance options these days. StartCOIN is a digital currency which is tailor-made for crowdfunding. Created by Max Keiser of the Keiser Report fame, StartCOIN offers rewards to those who contribute for change. The reward is generally StartCOIN itself, which people can buy in order to fund a crowdfunding project. All StartCOIN based crowdfunding campaigns will be part of StartJOIN community.

Fundraising with StartCOIN is as easy as doing it on any other crowdfunding site, except for the fact that the processing and transaction fees associated with cryptocurrency based fundraising in lesser than conventional ones. StartCOIN users will be rewarded for pledging, holding and sharing it. The StartJOIN community users with over 100 StartCOINs receive a reward of one StartCOIN every week, similarly when it comes to crowdfunding projects, the ones with more support and user participation will be part of the StartJOIN leaderboard and the top project on the list every week will receive more StartCOIN rewards as well.

On the technical side, it is built using X11 proof of work algorithm with greater network security. Unlike 21 million bitcoins, StartCOIN will have 84 million coins, with 40 coins per block. Apart from rewards, StartCOIN can also be bought and sold like any other cryptocurrency. It can be either bought with fiat currency from exchanges like bittylicious or exchanged with other cryptocurrencies on ShapeShift. Bittrex and Justcoin provides an option to trade bitcoin for StartCOIN.

The recent posts on internet indicate that Karl Gray, producer of the documentary “Life on Bitcoin” is leveraging upon StartCOIN to start a $20 million hedge fund called StartFund. StartFund is currently in the process of meeting regulatory requirements and soon we may see a whole ecosystem created around StartCOIN.

BitStarz Player Lands $2,459,124 Record Win! Could you be next big winner?
Get 110 USDT Futures Bonus for FREE!
Tags: bittrexcrowdfundingKarl Graylife on bitcoinMax KeiserProductsShapeShiftStartCOINStartJOIN
Tweet123Share196ShareSend
Win up to $1,000,000 in One Spin at CryptoSlots