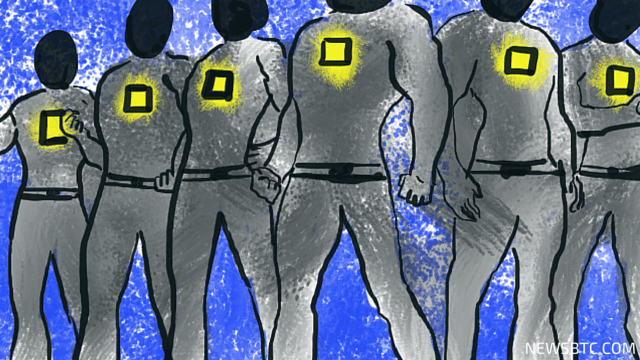 The Blockchain Alliance — Crime Fighters of the Bitcoin World

Art of War 101 – Form an alliance when you can’t single-handedly take on your enemy. On the similar lines Bitcoin 101 includes few points about safety and security. Mix both of them in different proportions and now we have Blockchain Alliance.

Blockchain Alliance is a partnership between bitcoin industry and law enforcement agencies in the United States. It is a win-win partnership where law enforcement agents and the agents of the bitcoin industry will both get to do what they are good at. That is, fighting crime and cleaning up the negative image of bitcoin to increase its popularity in the society respectively. This new alliance was announced earlier this week by Coin Center and the Chamber of Digital Commerce.

Who will be part of Blockchain Alliance?

Blockchain Alliance will include members from bitcoin start-ups, experts in regulatory and legal policies and of course the various 3 lettered law enforcement agencies (FBI, DOJ, DHS and DEA for starters). All the parties involved will be working out of Washington as both the bitcoin bodies are from that part of the United States.

Blockchain Alliance is a long term collaborative effort to fight crimes related to bitcoin in any remote way. It may include hacking incidents, extortion, money laundering, terrorism financing and more.

According to Fortune, the participants from digital currency community will include Gavin Andresen and a few of his associates from Bitcoin Foundation, Brian Forde from the Digital Currency Initiative of MIT Media Lab, executives from well-known bitcoin firms and more. Whereas the participants from law enforcement side can be left to everyone’s imagination (we are sure that every agency out there wants a piece of it and there is plenty to go around for each one of them).

Who will be heading the Blockchain Alliance?

With two entirely different lines of businesses which necessarily don’t like each other for various reasons being in the same alliance, the one heading it should know both sides of the coin. In this case it will be Jason Weinstein. Jason Weinstein has had his hand in both the pies (he continues to, in one of the pies at least). He has been the deputy assistant attorney general heading the cybercrimes investigation during his time with the government. Now he is an advisor for one of the bitcoin companies, BitFury.

An alliance of some sort between both sides was much needed, especially with increasing usage of bitcoin and other digital currency for various unlawful activities. With both the parties working closely together, there is a possibility of increasing the confidence about bitcoin among LEOs and at the same time, people can breathe easy, without having to fear much about their wallets being hacked or someone blackmailing them with stolen photos over the internet.

Tags: bitcoinBitcoin NewsbitfuryBlockchain Allianceblockchain technologychamber of digital commerceCoin Centerdigital currencydojFBIgavin andressenHackedNews
Tweet123Share196ShareSend
BitStarz Player Lands $2,459,124 Record Win! Could you be next big winner? Win up to $1,000,000 in One Spin at CryptoSlots