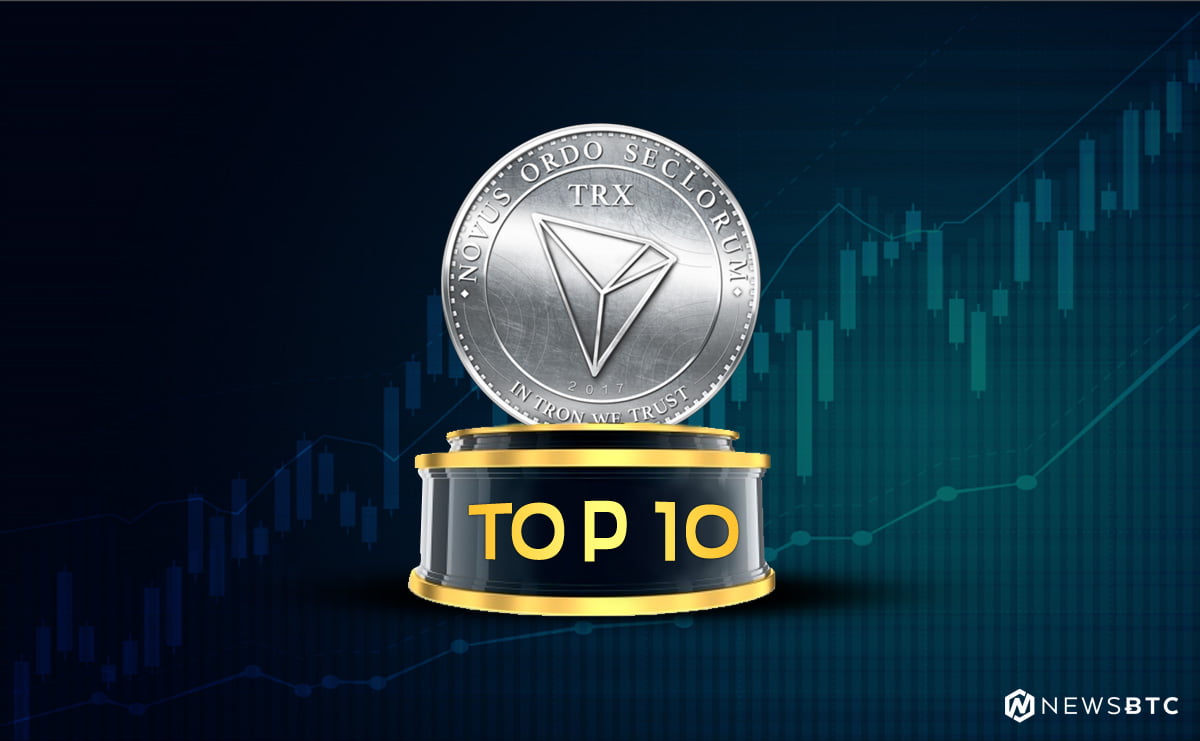 The movers and shakers of the altcoin world certainly do move fast. The top ten cryptocurrencies by market capacity shifts on an almost hourly basis with new contenders rapidly ascending the charts. The year has started well for cryptos and some altcoins are showing an early lead. Tron is one of them.

Tronix has firmly taken 6th spot on the capacity charts, usurping Nem, Stella, and Litecoin. Its market capacity at the time of writing stands at $18 billion. The 24-hour trade volume has been a staggering $5 billion which is immense for a relatively new altcoin. TRX is currently trading at an all-time high of $0.28 rising in an almost exponential curve from $0.003 at the beginning of the month. This represents an increase of almost 7000% in a month.

So what could be the driving force behind Tron’s epic ascent? Jack Ma Hupan University educated founder, Justin Sun, is very active on Twitter and recent posts indicate that another partnership is in the pipeline;

“More partnerships are coming! Even #NASDAQ listed companies and the giant companies with more than 100 million users started to contact us for partnership. We will be huge soon!”

“We will announce our partnership with a very prestigious public listed company next week. Looking forward to it! We will have a live streaming on January 6th 10am GMT+8 Beijing time. Update you with the latest partnership and tech development. Please don’t miss the show!” 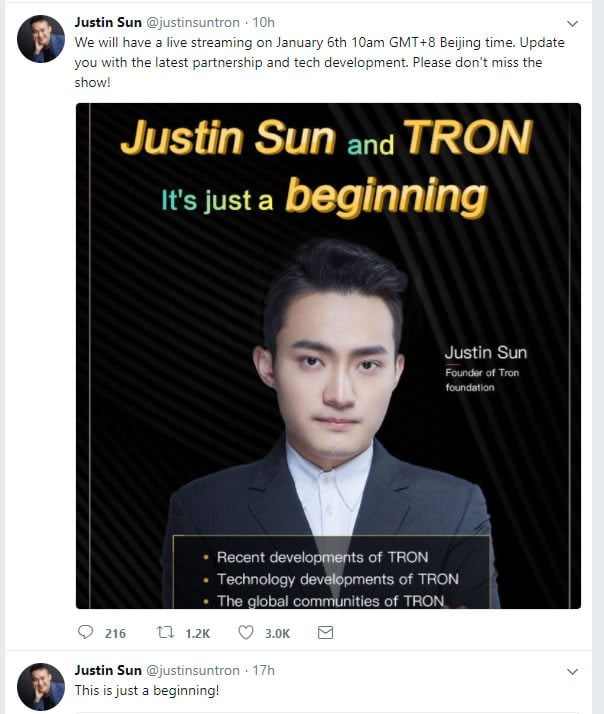 Tron has recently partnered with oBike, an Asian bike sharing company, and Game.com, a leading online gaming platform. The collaboration intends to launch a similar game to CryptoKitties which clogged up the Ethereum network during the peak of its frenzy last year.

Sun has close ties to e-commerce giant Alibaba chief Jack Ma and rumors of a partnership between those two could be fueling speculation.

Tronix is a blockchain based protocol for monetizing the digital entertainment industry. It is traded heavily on Binance which has almost 90% of the total volume. There is a current supply of 100 billion TRX with 65 billion in circulation, according to Coinmarketcap.com TRX is up 140% in the past 24 hours.

Traders and investors are poised for new partnership announcements which are likely to send the price of Tron even higher.

Tags: Justin SunTRONTronixTRX
TweetShare
BitStarz Player Lands $2,459,124 Record Win! Could you be next big winner? Win up to $1,000,000 in One Spin at CryptoSlots