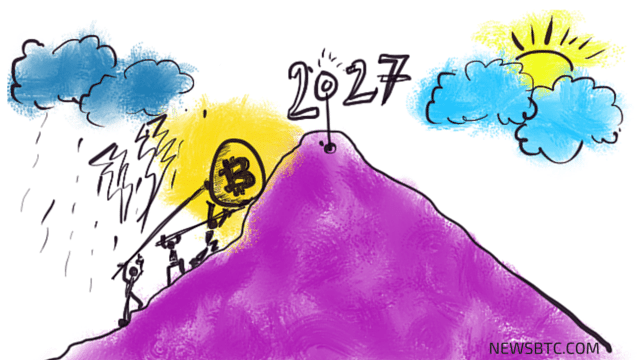 Introduced in 2009, Bitcoin adoption has gradually increased across the world. However, the levels of adoption hasn’t reached the threshold numbers to reach mainstream yet.

In order to enter mainstream economy, the bitcoin user base has to touch the threshold level. According to a recent survey conducted by the World Economic Forum, bitcoin will reach its tipping point by year 2027. The survey focuses on six different trends, referred to as Megatrends. These six different categories include:

“The blockchain, an emerging technology, replaces the need for third-party institutions to provide trust for financial contract and voting activities.”

When asked about the possible tipping point for Bitcoin and Blockchain Technology, about 58 percent of respondents mentioned 2027 to be the year when it is expected to reach a tipping point by gaining the critical mass required to become mainstream currency and technology. By 2025, Bitcoin and Blockchain Technology would have gained wide spread adoption in governments and traditional financial industry.

Tags: Artifical Intelligencebitcoinbitcoin cartoonBitcoin Newsblockchain technologyfuture of bitcoinfuture of moneyInternet of thingsNewssurveytipping pointworld economic forumyear 2027
TweetShare
BitStarz Player Lands $2,459,124 Record Win! Could you be next big winner? Win up to $1,000,000 in One Spin at CryptoSlots