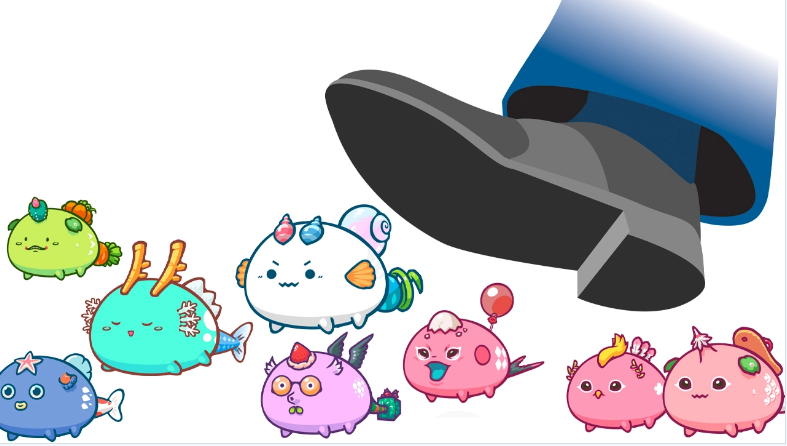 Axie Infinity, a blockchain-based play-to-earn game, generated a measly $988,400 in total revenue the previous week, which is the first time that the popular P2E game that allows you to earn SLP coins, amassed lower than 1 million since February 2021.

From an hourly standpoint, AXS price has spiraled down by 1.69% or roughly $0.35 compared to values from an hour ago. This looks like a reversal from the previous results, showing the price moving up.

Today, the AXS price is down by 0.87% or $0.18 from yesterday. This reverses the price movement that transpired the previous day, which registered an upward trend. The 100-hour time frame proves to be most consistent, showing a bearish or downward trend.

Axie Infinity, the most popular P2E, has seen a trailblazing success in 2021. Axie Infinity managed to generate over $215 million at its peak fame on August 8, 2021.

Additionally, Sky Mavis, the game’s creator, has also procured over $152 million in funding or a valuation of $3 billion in a funding round headed by Andreessen Horowitz.

However, things went through rough spots as the game dropped in November 2021 due mainly to its burn mechanism and imbalance of issuing SLPs.

There was an overload of Smooth Love Potion (SLP), Axie’s in-game token, which was issued with no means to burn or destroy the tokens thoroughly. Axie suffered from inflation as its SLPs depreciated in value and failed to incentivize players.

Sky Mavis has recently added a burn mechanism into Axie, but it did not work.

AXS has been consistently moving down ever since it reached its all-time high in November 2021 with a price of $166.09.

The downward trend resulted in AXS reaching a low price of $16.20 in May. The support area is around $20, but AXS did not achieve this since July of 2021.

Axie Infinity has been moving up since May 28, which is a rebound of 52% from the lows it suffered in May.

The downward movement was then prefaced with a bearish forking movement, as seen in the weekly RSI, which shows an intact trendline.

The only time a trend can be coined as bullish is when the trendline is broken. If the bounce lingers on, the next resistance area would be at around $50.

Tags: AXIEAxie InfinityAXSP2EPlay-To-Earn
Tweet123Share196ShareSend
Win up to $1,000,000 in One Spin at CryptoSlots

The Falcon Over The Bear: Europe & US