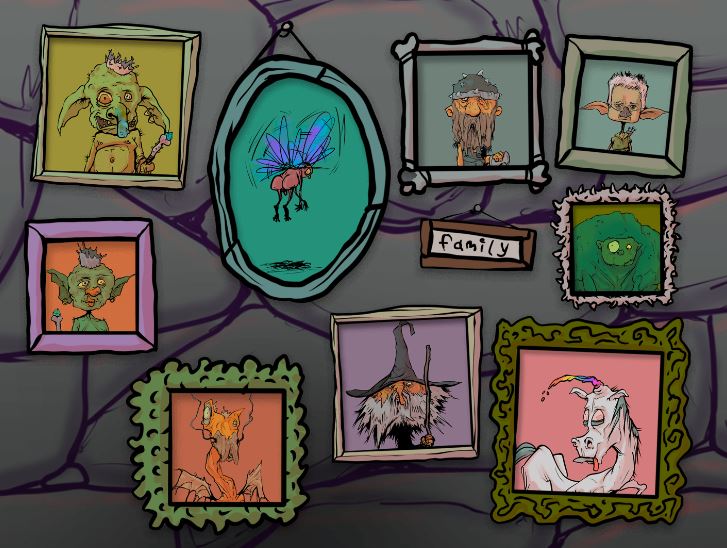 Blue Chip NFTs 101 – Down, Down, To Goblintown. An Unlikely Success Story

Goblintown ‘s rise to the top is one for the books. The Moonbirds came into prominence in a bearish market, but the Goblins took over in the middle of a global recession and the NFTs first winter. How did these misfits do it? Using confusion, misdirection, FOMO, and a great marketing plan that took everyone by surprise. People weren’t sure of what was happening, but they didn’t want to stay out of the party.

The creators of Goblintown made it easy for them. First of all, the project was a free mint. Second, it uses a Creative Commons Zero license, which means no Copyright and the possibility of commercializing the Goblin drawings as needed. Third, even though the hype was there, they didn’t use influencers, cross promotions, or whitelisting. Maybe because of that, the mint didn’t generate a gas war like many other successful projects.

Launched on May 22, 2022, the generative collection runs over the Ethereum blockchain. From the beginning, Goblintown promised, “No roadmap. No Discord. No utility. CC0. Contract wasn’t actually written by goblins.” The other sentence that stands out from Goblintown’s website is: “Don’t be f*cking greedy. That’s how we got ourselves here.” This suggests that the collection serves as a commentary on the NFT market and culture. And that’s not the only clue pointing that way.

On the slightly negative side, the royalties are a whopping 10% and the creators set aside 1000 NFTs for their other projects’ holders. Considering Goblintown was a free mint, those two factors don’t seem that bad. So far, the main collection has generated 43.9K ETH in total sale volume and has a 3.1 ETH floor price at Opensea. For a moment there, Goblintown was so hot that it flipped the almighty Bored Ape Yacht Club and became the highest-selling collection for a day or two.

The Mystery Of Goblintown’s Creators

At first, they thought it was notorious NFT artist Beeple. Then, that the infamous Yuga Labs was behind the project. For a time there, people even believed that the brain and voice behind “Beavis And Butthead” and “King of the Hill,” Mike Judge was Goblintown’s creator. And, since one of the Goblins kind of looks like Snoop Dogg, that rumor circulated too. It made sense because people still believe that Snoop is famed NFT collector Cozomo de’ Medici, even though that story proved to be false.

The only one that came forward and addressed the rumors was Beeple, who tweeted, “insane I have to say this, but I have not joined any shockingly low effort pump and dump projects that will remain nameless.” Later, as the Goblintown project proved its worth, the creator changed his tune and tweeted the piece “The rise and fall of Goblintown” together with the hashtag “#iamthefounder.”

However, Beeple was not the founder. Seeing Goblintown’s immense success, the mysterious creators had to doxx themselves. Just in time for the NFT NYC conference, they released a message in which they admitted that Truth Labs was behind the project. The company was behind the mildly successful NFT collections Illuminati Collective and The 187, and struck gold with their third outing.

“We are dedicated to sharing delightful blockchain mischief, exploring creatively, developing rich, fun worlds and experiences (both IRL and in the digital realm), and providing a platform for new voices and visions in this space.”

In a strange turn of events, as the creators doxxed themselves, Goblintown’s floor price fell from almost 5 ETH to a little over 3 ETH. The Goblintown name comes from The Hobbit, specifically from a J.R.R. Tolkien poem called “Down, Down, To Goblin Town.” That name also suggests that the collection serves as a commentary on the NFT market in the crypto winter. Are there other clues? Several. For example, one goblin like Dj and producer Steve Aoki, who’s a notorious NFT collector. Another one wears a t-shirt that says “Phunks, Zunks, Tendies, Azuki,” a clear reference to Azuki’s creator and all of his rugged previous projects.

Yet another one of the traits is a reference to the infamous Mike Novogratz’s Luna tattoo, and thus a commentary on Terra’s collapse.

Then we have a goblin with a tattoo saying $LUNA.

This is likely a reference to @terra_money and the $83B collapse of the stablecoin $UST. https://t.co/wn0lliBVY3 pic.twitter.com/D5vj54rqbk

And, what about this image that references a lot of blue chip NFT projects and is titled “Up, Up, To Goblintown.”

And well, speaking about Steve Aoki, he was the Dj at Goblintown’s highly coveted NFT NYC party. There, he premiered the horrible NFT song “Piss On the Dance Floor (Goblintown Anthem).“ You can still buy it at a reasonable price here. And, speaking about NFT NYC, for better or worse, Goblintown managed to be the center of attention throughout the whole conference.