CryptoWorldlaunches its own platform centered on blockchain optimizations, virtual real estate, and gamification

China – March 18, 2018 – Last summer, Bitcoin was all the rage. The value of Bitcoin soared to record heights before a humbling descent towards more stable prices. Then there was Ethereum. Then Litecoin, Ripple, Dash, and a host of other crypto currency offerings. Enter CryptoWorld, yet another offering that hopes to differentiate itself from the crowd via advancements made in blockchain technology and currency trading gamification.

CWV is the world’s first fully integrated main chain based on multichain stemming from the blockchain 3.0 product. CWV contains a high-speed transaction network aptly named “SPEEDFORCE”. It has similarities to the lightning network of Ethereum, but it boasts higher speeds and a decidedly greater capacity. 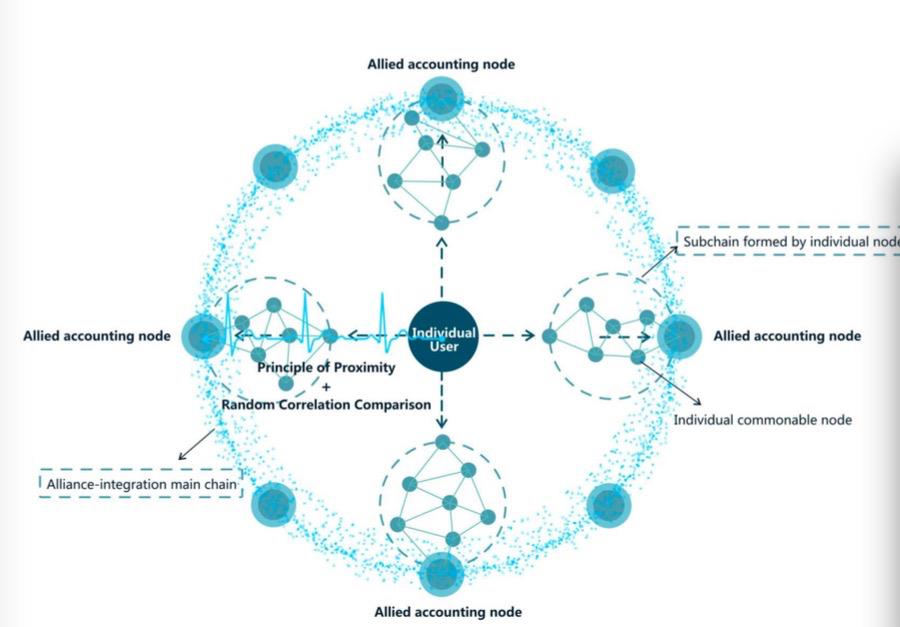 Users of digital currencies are facing three core problems: high throughput, high concurrency, and seamless conversions of usage scenes and tokens. CWV intends to alleviate these concerns by employing a multi-chain technology that distributes accounting information across the globe via multi-chain technology. This method is predicted to increase in the efficient of read-and-write throughput of the blockchain to nearly 100,000 level TPS. 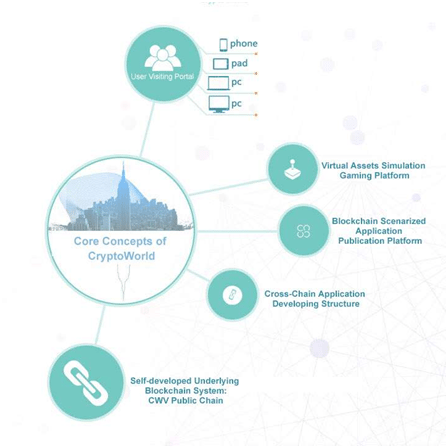 Their first project centers around the creation of a virtual real estate trading game. This game maps real-world resources and aims to let users access different blockchain services according to the function of each building. This virtual world will consist of iconic buildings, ordinary buildings, and structures possessing specific functions. The properties of each buildings vary depending on their geographical location, size, and inherent functions. 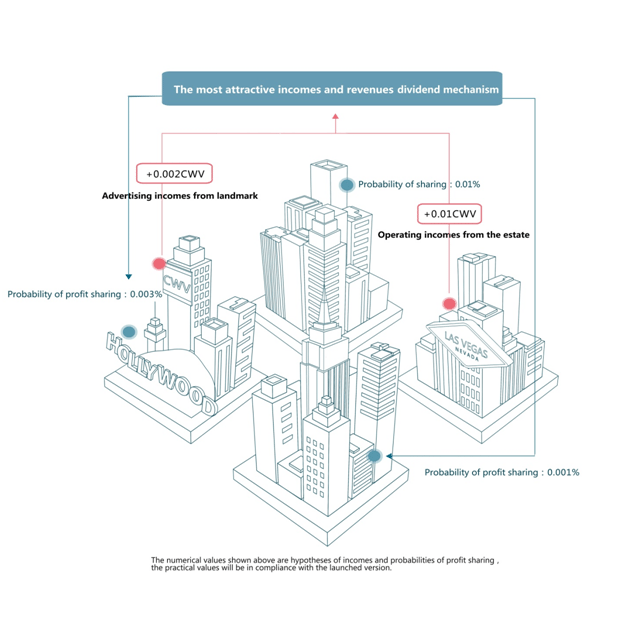 Functional buildings, such as exchanges, casinos, and stadiums will have built-in corresponding applications, which allows the owners of these buildings the right to operate their own games.Based on Google Map’s API, CryptoWorld’s goal is to offer a one-to-one representation of real world real estate assets.

In addition to their own virtual real estate, they hope to open their platform up to developers wishing to make cryptocurrency based mini apps and games. CryptoWorld’s attempt to gamify the cryptocurrency trading space is an intriguing proposition in an already crowded digital currency scene. Their platform will begin open-beta testing this spring, where they will start to auction off the first batch of functional real estate assets.

CryptoWorld is a new, gamified cryptocurrency platform that leverages the power of multichain and blockchain 3.0 technologies. Through offering virtual real estate and a space for developers to publish their own mini apps and games, CryptoWorld offers a fun and approachable form of digital currency trading.