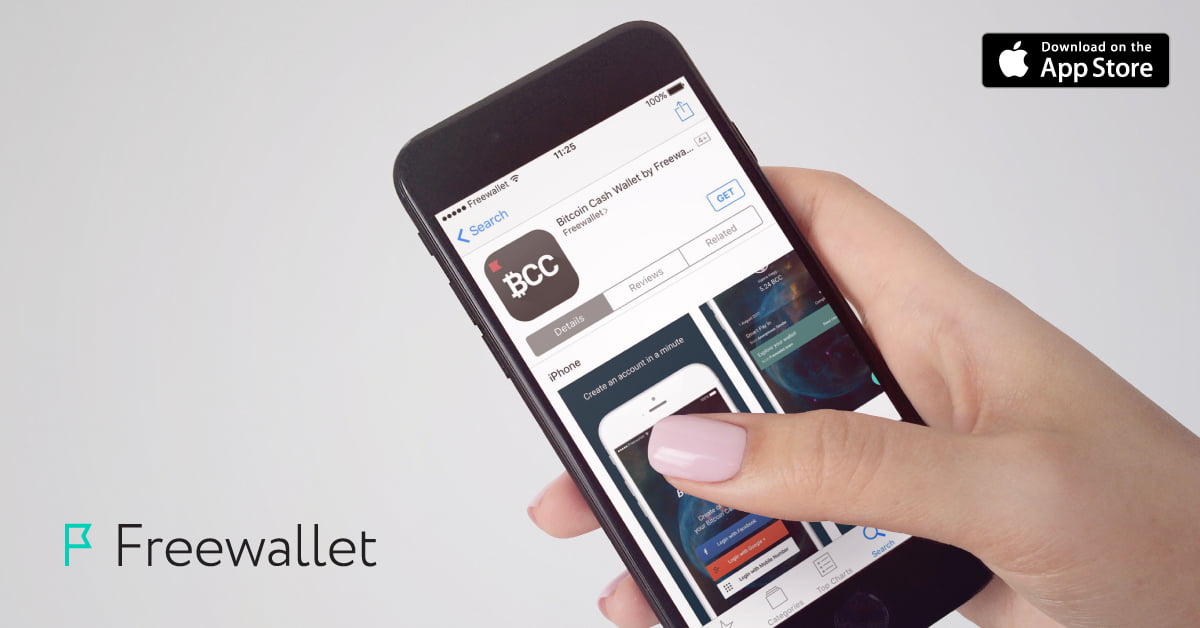 After Bitcoin hard fork that split the network into two on August 1st, all Bitcoin holders on Freewallet received their BCC coins without any delays. While Android devices owners had a chance to install Bitcoin Cash wallet even before this event, iOS ones had to wait until Apple accepts new altcoin.

With a heartfelt sympathy for Apple lovers who continue suffering from Apple strict moderating policies on cryptocurrencies, Freewallet team had been doing everything possible to make Bitcoin Cash wallet for iOS release happen. Today they happily announced that the wallet had been finally approved by Apple and published in App Store.

“It’s a big honor for us to be the first company to provide Apple customers with mobile Bitcoin Cash wallet they deserve. If you like Bitcoin wallet by Freewallet, you’ll definitely appreciate Bitcoin Cash one. It’s literally the same app, and it’s already credited with the same amount of coins you had in Bitcoin wallet at the moment of fork. It’s time to check your balance and get acquainted with the newborn coin which price rose above $600 mark today!” – says Alvin Hagg, Freewallet’s co-founder.

Freewallet apps are easy-to-use mobile wallets that allow users to familiarize themselves with popular cryptocurrencies without delving into specific technical features and complex settings.

Most of Freewallet products have reached #1 position in GooglePlay.

For any inquiries regarding this issue, please contact us at pr@freewallet.org