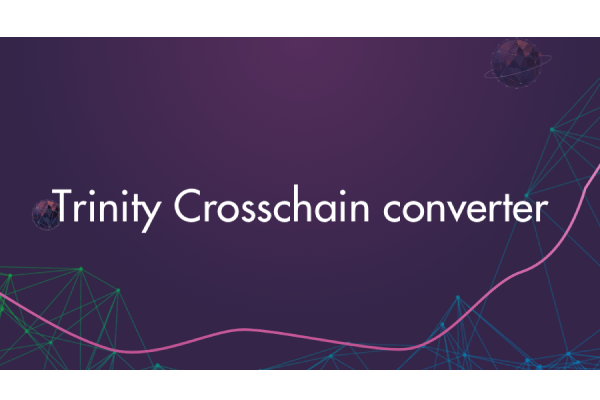 Trinity Foundation has always been breaking new grounds in the development of the Trinity Network. The TNC cross-chain asset converter, released at the Beilin Conference, marks a significant landmark in Trinity’s broader application.

By using the TNC cross-chain asset converter, TNC can be converted to ERC20 (asset on Ethereum blockchain) from NEP5 (asset on NEO blockchain). We believe the conversion brings the following benefits.

How to convert TNC assets:

First, send NEP5 TNCs to the conversion address on Neo mainnet with the recipient address on Ethereum attached. Once confirmed by the cross-chain witness, TNC will be frozen by the Neo conversion address and the Ethereum conversion contract (for security purposes, we have deployed ENS address for confirmation, i.e. trinityprotocol.eth) will send equal amount of ERC20 TNCs to the recipient address that the user inserted before. It is the same process to convert ERC20 TNCs to NEP5 TNCs. 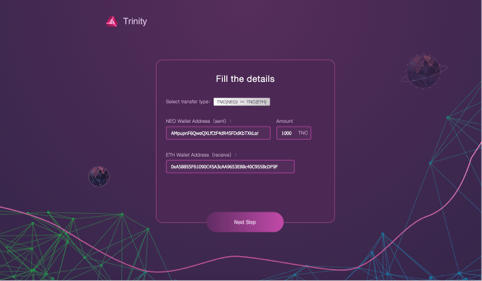 (Scan the QR code of the conversion address and transfer. Note that the amount you insert needs to be a little bit more than the actual amount as a random number to differentiate each transfer.) (after transfer, waiting for confirmation by the witness, freezing and release of ERC20 TNCs)

The amount of ECR20 TNCs (or the amount that trinityprotocol.eth has) is the same as that of NEP5 TNCs, which is 1 billion, but only 1 billion TNCs are in activation at the same time. For example, if 30% NEP5 TNCs are frozen and 70% are activated, then 30% ERC20 TNCs are activated and 70% are frozen. That’s to say, TNCs on Ethereum are not new tokens or add-issued tokens.

(Note that “frozen” here means that TNCs are frozen in the conversion address and has nothing to with the lock contract. )

In the future, if there is demand for frequent Neo-Ethereum TNC conversion, we will offer such services and allow more nodes to be the cross-chain witness. But we need to point out that if there is no such demand, no one is willing to pay for this, and there is no economic incentives to allow other nodes to be the witness.

The above images show cross-chain conversion on Neo and Ethereum testnets. The official version will be released in about 2 weeks when users will be able to use it on trinity.tech.

Based on the feedback from our community, we will launch Trinity Loyalty Rewarding Initiative at the end of March, from which users can lock their TNC and get rewards after unlock. Please stay tuned for our announcement at the end of this month.

The Trinity Network has been significantly updated compared with its original design. Our 2nd edition testnet willl be released at the end of this month. Since its official release, Trinity is meant to be a fully decentralized and autonomous second layer network where ordinary people can participate and operate nodes to reap economic benefits.

We are promoting commercial landing of our project, especially building a closed ecosytem of dapp sdk, nft asset transaction and wallet. Before the release of our pilot project, we hope developers who are interested in this could contact us to discuss how to make a trade-off between decentralization and performance using second layer network.