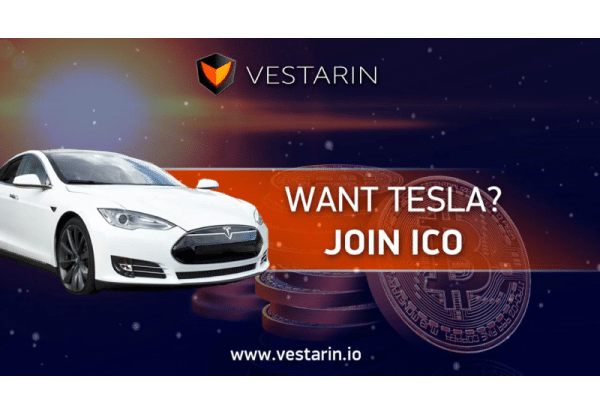 The ambitious Vestarin project which team is working on a multifunctional platform for consumer sales to be made in cryptocurrency has concluded a partnership agreement with Moscow Tesla Club for the sale of Tesla elite electric cars at the Russian market. Transactions will be completed at Vestarin platform in VST tokens.

Vestarin is an international blockchain startup aimed at the integration of cryptocurrencies into the most mass segments of the consumer market: from online retailers or restaurants to cars and real estate.

It should be noted that the demo version of the application was already introduced before the start of ICO, and now the digital product is in a phase of active developing.

Moscow Tesla Club, in turn, is known as one of the most dynamically developing companies selling electric cars in the Russian market. It is also an official dealer of Tesla in Russia.

It is logical that innovative cars should be purchased for innovative cryptocurrency that is VST. That is why partnership between brands promises to be perspective.

As we can see, the number of cryptocurrency holders throughout the world is rapidly growing. It means a growing demand for payments of goods and services in tokens. Therefore, the Vestarin management have probably placed their bet correctly in choosing mass consumer market as it obviously will flourish in the coming years.