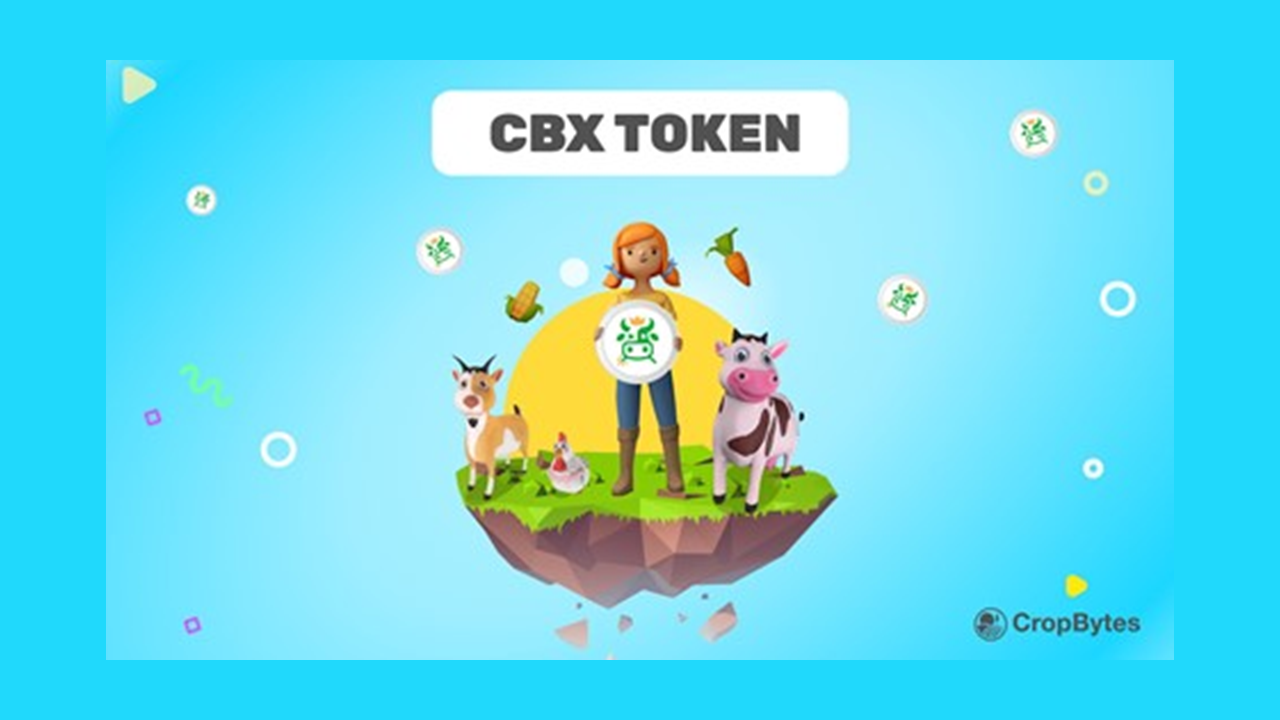 CropBytes has released its roadmap showing interesting projects in the pipeline. The game which lets players build their own crypto farms in the metaverse is taking its first steps towards Game FI, which would be a part of the existing CropBytes metaverse.

CropBytes is not just any metaverse though. It is a metaverse with an economy and a single currency that has been successfully running for three years. The play-to-earn farming simulation game allows users to not only own a farm where they can grow crops, but they also get to own a crypto farm. Players are able to trade the produce from their farm for crypto in the game.

Its native token CBX is used by players in the game to carry out transactions. Players can also hold the tokens inside the game, which has been a growing trend, or they can trade the tokens using the CBX/USDT pair available in the in-game exchange.

CBX Lists On ByBit and MEXC

CropBytes’s latest feat has been the listing of CBX on ByBit and MEXC exchanges. Both crypto exchanges boast a large user base and have helped propel the adoption of the token forward.

The listings were the result of a first-of-its-kind joint IEO announcement by ByBit and MEXC to co-launch the CBX token, which went live simultaneously on both exchanges. Since then, CBX has done tremendously well in the market. This is in part due to the fact that a limited number of tokens – six million – were available to trade on both platforms on launch day.

In addition, market sentiment is strong for the asset as it gained traction among investors. This caused the number of holders to increase by the minute, in addition to CropBytes’s already loyal user base of 250,000 players who hold CBX tokens earned through completing daily activities in the game and mining.

MEXC Global is a world-leading crypto exchange that provides one-stop services for traders like spot, margin, leveraged ETFs, and derivatives trading. ByBit is an established crypto derivatives platform that supports inverse and linear perpetual contracts, in addition to being one of the fastest-growing crypto exchange platforms. MEXC Global and ByBit have a joint user base of more than 10 million between them.

The recently released roadmap of CropBytes shows some exciting things in store for the metaverse. Firstly, asset tokenizing is planned to launch in the next two months. CBX will be integrated fully in the weeks following this.

Economy optimization will come after this, in addition to staking and Superhero Battles. Players will experience a glimpse of Game Fi, bringing millions around the world into the CropBytes metaverse.

In the coming months, the team is set to launch the token on more tier 1 exchanges. The launch of the USDT market in the game has generally increased bullish sentiment regarding the future of CBX.

CropBytes is one of the oldest crypto farming games in the space currently. It has been in operation for three years and features a balanced mix of highly liquid and matured markets which drives the game’s economics. It is available for download on both Play Store and Appstore.

To learn more about the project;