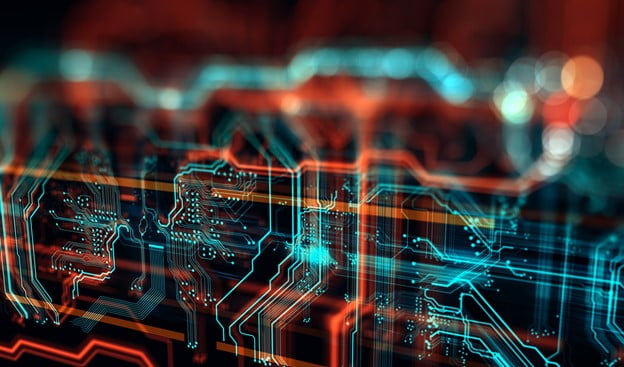 Decentralized technology may have started with the birth of bitcoin, but the blockchain technology that underpins the world’s biggest cryptocurrency is gradually becoming the foundation for the most seismic technological shift seen since the birth of the internet.

At the core of any technological advancement, there are a set of principles that determine its success, and blockchain technology is no different. The digital ledger supporting Bitcoin has grown from an open-source experiment of the cyber-punk era to the bedrock for the next big industry innovation.

Blockchain technology is gradually being adopted in unique ways across numerous industries, including technology, e-commerce, media, telecommunications, life sciences, health care, and government – All of which see the potential benefits in governance, security, scalability, transparency, and stability. These attributes have finally created a clear space between the potential future use-case of blockchain and the limitations of its centralized predecessors

To Scale A Mountain

The recent meteoric rise of mobile devices, huge growth in consumer application use, and increased big data business demands are just some of the factors adding to global data storage needs. To exacerbate things, the new interconnecting markets of Blockchain, Artificial Intelligence (AI)  and the Internet of Things (IoT) will all require huge amounts of data as they continue to grow.

Much like the universe itself, humanity’s need for secure, scalable data storage is constantly expanding, and with the cloud storage market alone set to witness an acceleration of growth over the next 5 years, from $50.1 billion, to $137.3 billion, this trend will only continue to pose more challenges in the years ahead.

Today the majority of big data is stored on huge cloud servers like Amazon AWS and Microsoft Azure, which account for a whopping 51% of the cloud storage market. Although temporarily meeting this increasing demand, these larger data storage providers are now falling victim to more data breaches, and hacks than ever before. Successful unauthorized login attempts that expose the personal data of hundreds of thousands of people.

Centralized cloud data networks are more vulnerable to these types of attacks, as the level of encryption is not on par with the new industry standard. Data is not always encrypted when being sent, exposing a glaring vulnerability as that data can quite easily be intercepted via the cloud.

This type of story, although not exciting enough to make front page news, is becoming increasingly common. One source claimed that as much as 70% of businesses using large cloud storage were subject to some form of hack, leaving sensitive data like logins, passwords and IP addresses totally exposed. With two cloud data providers comprising over half the market, that is an incredible amount of unsecured data at risk.

As if this wasn’t enough, these networks are also plagued by network congestion, slow transactions which result in spiking costs, as the data often has to be outsourced to a third party, making the whole process even more convoluted.

The decentralized nature of Blockchain presents a range of potential advantages to the data storage industry, including increased privacy, decreased file loss, cheaper storage costs, superior security through node data storage, transfer speeds and user incentives. These benefits are all largely due to what is referred to as data sharding and swarming: Two technologies that enable the process of breaking down data into small chunks, encrypting it and uploading onto the blockchain.

With blockchain technology disrupting almost every sector, the data storage market has also attracted new innovators, with dCloud becoming the new primary focus. Despite newly invigorated blockchain-based dCloud platforms like Sia, Storj and Filecoin, their market share is just a drop in the bucket (insert link/stat) compared to the stranglehold of the top providers, and some still don’t even have a final product.

In addition to the slow progress made in this sector, there are new problems with dCloud platform tokenization; with more tokens being created for network rewards, projects are susceptible to token inflation, and coin dumping. With no outright solution standing out, there is now a huge market for any project that can address the old issues unresolved by the big data leaders and alleviate these new concerns in the dCloud data sector.

One newcomer to the space that is gaining recent notoriety is SINOVATE, a decentralized cloud data storage platform proposing a completely unique answer to these ongoing problems.

SINOVATE (SIN) is an open-source state of the art community-driven digital cryptocurrency, and open-sourced data storage solution, built on a deterministic network of infinity nodes. All aspects of the project’s technology are all designed in-house with a primary focus on security, scalability, anonymity, and stability.

So what does SINOVATE’s tech advancement equate to in real-world terms? Well unlike Masternodes, the DIN technology offers a more efficient node network protocol, requiring less communication between nodes, resulting in a more secure, seamless solution.

Remember those data breaches and successful unauthorized logins we spoke about? Well with Deterministic Infinity Nodes that would be a thing of the past. DIN data is stored over multiple nodes, and in the unlikely event one node goes down, the data is backed up over all the other nodes. This design all but guarantees “incorruptible and unbreakable” data storage SINOVATE’s network is secured by a Schnorr-based multi-signature scheme.

But what about those rising data storage costs? The SINOVATE ecosystem is perfectly balanced by its node operators, and enhanced e-governance, maintaining self-sufficiency to keep costs extremely low. Judging by the recent monthly price reduction for running a node and the simultaneous DIN rewards getting a 300% bump by allowing more nodes connected to the network, it looks like SINOVATE is the perfect solution for the world’s growing dCloud needs.

Another question is how will SINOVATE avoid inflation and sustain network stability and growth? Node operators are rewarded with SIN coins for committing to a 12-month period, so by locking in and burning SIN the amount in circulation is limited, which negates inflation and encourages DIN retention and network stability. And finally any concern over network congestion can be put to rest by SINOVATE’s blockchain, which implements all the recent components of blockchain technologies to be scalable up.

Value in the Numbers

SINOVATE took a huge leap forward with its November 22nd 2020 hard fork, which saw the launch of its Deterministic Infinity Node 1.0 network. The network already has over 1450 nodes in operation, and is on track to achieve the target of 5000 nodes before the end of 2021. With so many new nodes being created already, it is quite conceivable that the SINOVATE network will comprise hundreds of thousands of nodes in the next few years or so.

The Decentralized Autonomous Organization (DAO) is certainly not resting on its laurels though, as it continues to work on numerous exciting IDS-based solutions. Just some of the things in the works are its Cloud 3.0, a network that will offer the fast retrieval of secure files, with completely anonymous P2P file sharing – and its SIN Messenger app, with private-focused messaging. (no data stored on SIN servers)

You’ve heard the expression “knowledge is power”, well the same goes for data. Touted as the ‘new oil’, data is becoming increasingly valuable, and so too will the company that offers the safest, fastest most efficient data solution going forward. Imagine yourself as an oil investor, you can put your money into an aging refinery that does the job, but is starting to spring a few more leaks, and increasing machinery malfunctions. Or you can invest in a brand new refinery with equipment in line with where the industry is headed.

By keeping its vision in-house, and building its solution based around the same attributes (governance, security, scalability, transparency, and stability) that have seen blockchain adopted by industry, SINOVATE have created a viable solution for decentralized data storage on a grand scale.

Everything is custom-coded by the SINOVATE team, and the project has a top 100 Github community with much room for further growth. The marriage of DIN & IDS technology has created a unique ultra-secure foundation upon which any data-centric business can thrive and proposes a more optimistic vision for the future of big data.