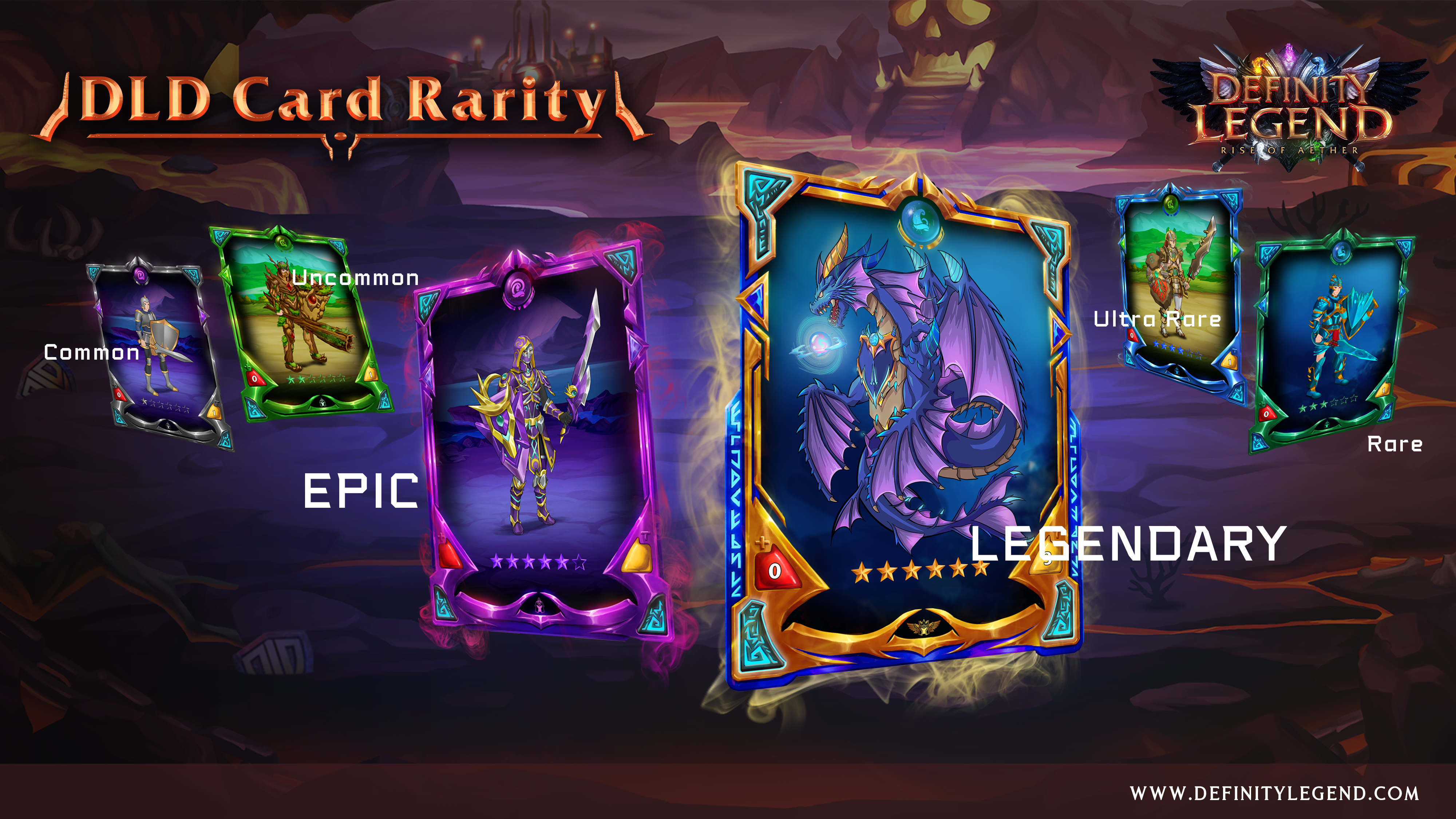 Web 3.0 could be the biggest trend of 2021 due to its vastness in terms of possibilities and use cases. Projects capable of harvesting the power of blockchain, with NFTs, and integrated with an ecosystem supported by the Metaverse could capture billions in the next decade as more users and legacy companies jump into the next phase of the internet.

DeFinity Legend, the first AAA game based on blockchain technology and a blockchain economic model, will combine decentralized finances with NFTs in a Strategy Role-Playing Game (RPG) experience. Thus, players will enjoy an innovative gaming model and will be able to receive rewards for the time and resources put into the game.

DeFinity Legend (DLD), according to its Whitepaper, is the first game to integrate tokenized versions of works of art via NFTs with a DLD marketplace. These are some of the main components in the Definity Legend ecosystem.

Unlike other games with a GameFi model, Definity Legend will let players mint, buy, and sell their NFTs on a native platform called DLD’s NFT Marketplace. The same platform will give them access to a variety of features unique to DLD’s marketplace, such as the possibility to launch an auction to sell their NFTs, a chance to win extra rewards via commissions with affiliate programs, and a tool to create their own NFT collection.

As the project is focused on user experience, Definity Legend’s developer DLD Studio will incentivize users by implementing some of the NFT design into the game itself. In that way, the project expects to promote variety and creativity within the DLD world.

As a Strategy RPG, Definity Legend will let players fight turn-based battles and create their own teams of heroes. This world of fantasy will be surrounded by opportunities to improve the characters’ equipment and stats as their gain more experience and defeat bosses.

The game will let players connect via the formation of Guilds or battle with other players. NFTs will be earned and used to improve the characters or traded to obtain in-game “BITTO” potions, DLD’s native currency, and core resources. The bigger the challenge players faced and overcome, the meaner the boss, the greater the reward.

The platform will also give players the opportunity to own the Metaverse Land that comprised the Definity World. To be sold as NFTs, owners will be able to rent their land for advertising. This creates an additional opportunity for players to create a passive income.

The land on DLD World will be divided into four zones. Depending on the zone where an advertisement has been placed, owners will receive a percentage of the total revenue from that area. Each user will be able to improve their land to increase its worth and obtain in-game currency along with resources and other items.

Data shared by Nic Chin, Co-Founder and blockchain head at Definity Legend, claims the project has already seen massive adoption. In its early stages and with the introduction of its official website over 10,000 players registered to jump into the DeFinity World.

The project raised $260,000 via a Definity Studios private sale which demonstrates the interest generated by its innovative model. Now, Definity Legend will be launched on launchpads and will invite new users to pre-registered for the game on the official website.

This is an exciting development in the field of blockchain gaming! DeFinity Legend’s sponsorship feature is also unique as it allows users with no time to play to identify players on their behalf and split the earnings. As a result, both investors and the participant profit from the DLD ecosystem.