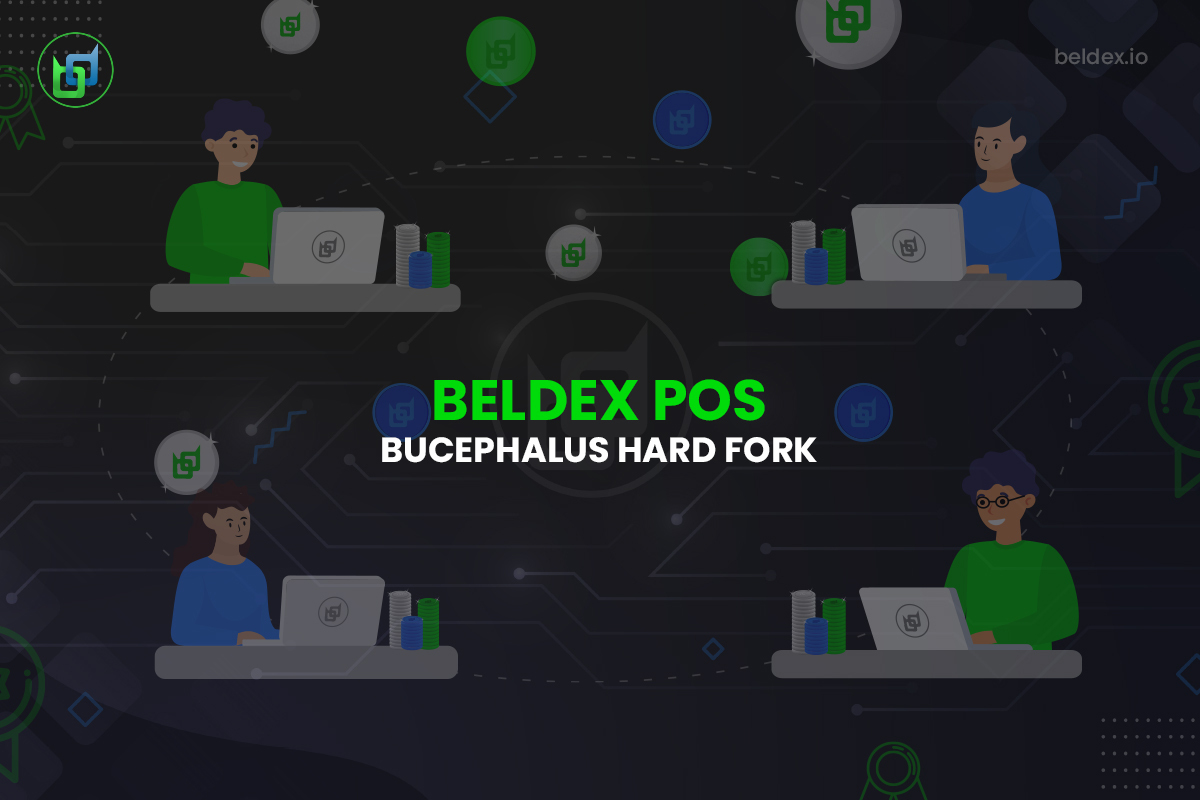 Beldex, the ecosystem for creating privacy-based blockchain products, is due for a huge upgrade which will further strengthen its offerings. The protocol is on the verge of transitioning from the current Proof of Work to a more efficient Proof of Stake consensus mechanism following the upcoming Bucephalus hard fork on or around December 10, 2021.

The hard fork, scheduled to occur at the block height of 742421 will enable drastic improvements in terms of scalability and energy efficiency, placing it alongside the likes of Ethereum which have realized PoS to be a more sustainable alternative to the good old PoW protocols.

A Bit More about Beldex

Considered the future of privacy, the Beldex is a highly secure, privacy-centric blockchain ecosystem that implements a whole suite of technologies to ensure the anonymity of transactions as well as communications over the network. The Beldex protocol uses an enhanced version of the tried and tested CryptoNote application layer protocol, complete with Ring Signatures, Confidential Transactions and Stealth Addresses to provide bulletproof privacy.

The Beldex Network is fueled by the protocol’s native BDX coins, which is the medium for value exchange within the ecosystem. By virtue of end-to-end encryption and privacy algorithms, BDX transactions are untraceable and unlinkable, which ensures the anonymity of coin holders throughout the ecosystem. Maintaining the security and privacy of Beldex Protocol is a network of Masternodes that validates every transaction on the network.

Operated by the community, the Masternodes currently work in conjunction with the miners, which is set to change soon with the Bucephalus upgrade. To ensure continued community participation, Beldex has partnered with Evonodes, MyCointainer, and Nodehub to create shared Masternode Pools to enable passive staking.

The upcoming transition to PoS will enable Beldex to expand its offering by introducing a few much-needed dApps that are set to play a vital role in the user’s day-to-day lives. The list of upcoming dApps include

Beldex Privacy Protocol – a multichain capable protocol that helps users anonymize transactions on other protocols like BTC, ETH etc with the help of bridges.

Beldex Bridge – Beldex connects to other decentralized ecosystems including the Binance Smart Chain, Ethereum, and Polkadot to provide interchain operability. Users can exchange their BDX for wrapped BDX and take advantage of the DApps available on these chains.

In history, Bucephalus was the name of Alexander the Great’s trusted steed which led him across continents. The upcoming Beldex hard fork stays true to the name by preparing the protocol to scale new heights. With the impending shift to the PoS consensus mechanism, the upkeep of Beldex Network will completely shift into the hands of Masternodes, eliminating miners in the process. It will result in significant enhancements in the form of reduced transaction size and block times. With the block time reducing from the present 120 seconds to 30 seconds, the transaction handling capacity of Beldex Network will reach a new high, while slashing the processing power requirements.

Other improvements include a sizable increase in block rewards from 2 BDX to 10 BDX, of which 62.5% is awarded to the Masternodes and the remaining allocated to governance. With this new reward structure, the Masternode rewards, which is so far limited to 2 BDX, will witness a 212.5% increase. Beldex will also introduce a layer 2 “Flash” solution for near-instantaneous transactions.

The attractive Masternode staking opportunities combined with the increased utility of the Beldex ecosystem due to enhanced TPS and availability of practical dApps are expected to fuel the demand for BDX coins. Meanwhile, the launch of Flash will be accompanied by a coin burn mechanism where all the fees collected from transactions on the layer 2 protocol will be permanently removed from circulation thereby regulating the supply, in turn, further driving the value of BDX upwards, towards the moon.

All these factors have reinforced the speculations of BDX soon featuring in the list of Top 100 cryptocurrencies, to gradually move up the ranks. While awaiting the Bucephalus hardfork, users can buy and trade BDX coins on some of the top-tier exchanges like MEXC, HotBit, Stex and BTCAlpha.

Watch this video to learn more about Beldex.