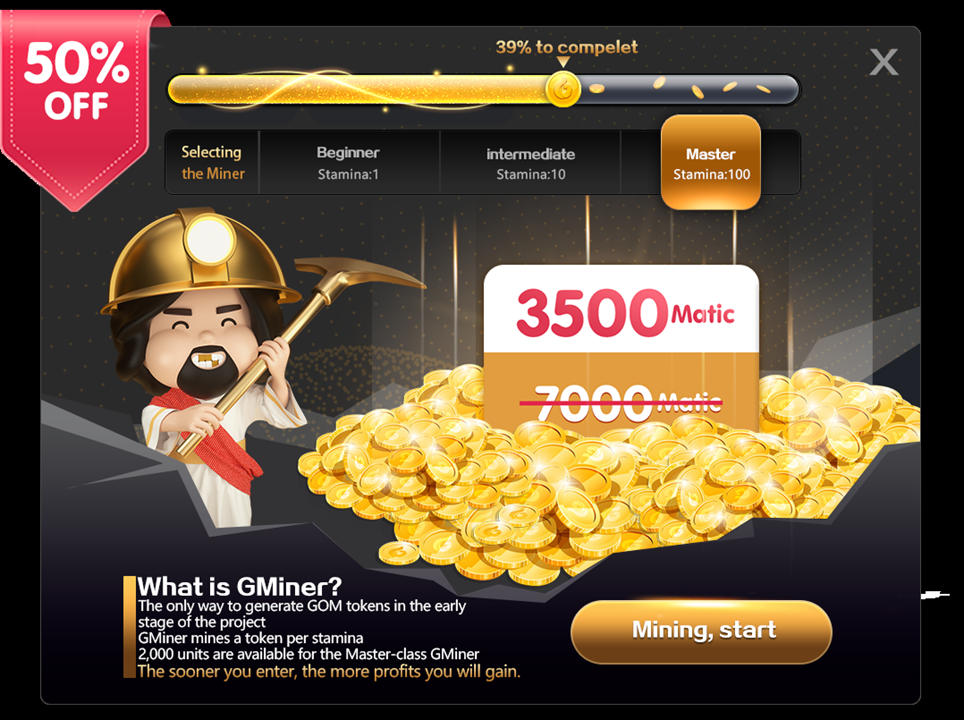 Can GOM repeat the glory in the past like SHIB did? Will it be the Next SHIB?

In recent days, both the crypto and music industry are talking about a music NFT platform ‘God Of Musician.

Last week, the airdrop event started as a press release event, and close to 300,000 people participated. 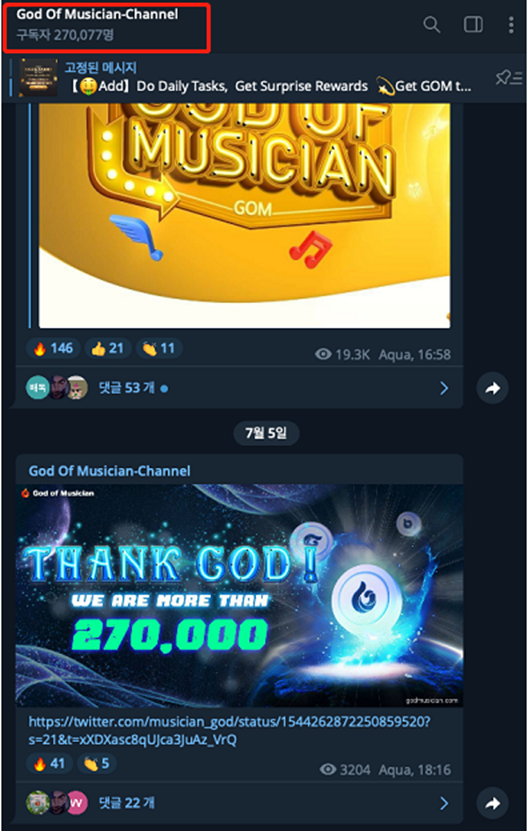 I have been reading the whitepaper and related news. Here is the summary as follows:

Music NFT platform God Of Musician (acronym as G.O.M) will officially launch “the largest music NFT DeFi community platform in the world”. Essentially, it is a comprehensive platform where music / NFT / financial transactions are in one place. It made a blockchain crossover ecosystem by combining users, music markets, and integrating musicians, fans, coins, and investors.

This project is expected to focus on research and development of financial ecosystems such as Web 3.0, music Metaverse and cryptocurrency.

It is planned to be released in mid-August, and the platform has begun the GMiner NFT sale. In the beginning, GOM tokens can only be generated by the GMiner NFT mining.

Based on the premium tier, there is only a limited edition of 2,000 pieces.

This is the only way to get the initial tokens. The sooner you start mining, the higher your profits. In a later stage, the platform’s community system will be operated with GOM tokens. The holders will have the right to vote on the G.O.M music chart, and the music NFT (GSound) will be used for staking and mining.

If we analyze the main theme of the project:

The success of crypto such as DOGE became very popular and drew public attention on the internet in a short period of time. As a result, many people are involved in a huge crypto community. This produced today’s market value.

SHIB is not a currency, it is the power of the community which has developed its market. SHIB doesn’t have any real functions, but it came true with the participation of users.

So what are the advantages of GOM?

GMiner is the only way to generate GOM tokens at the beginning of the project. It has 2,000 premium GMiners, and its daily volume is 200,000 GOM. The tokens acquired from the mining will be used and traded in the community.

Musicians could register music NFTs (GSounds) on the G.O.M platform, and the investors could vote their favorite musicians with GOM tokens. This is to activate exchanges with musicians, blockchain, and music through staking and mining. It can also gain financial support, expand community influences and lead the cycle of ecosystems.

Complete the Web3.0 DAO community and expand the community‘s influences through GOM.

We will deliver the rising star with the best musicians and investors through the GOM chart. We help and support the musicians to grow, increase investors’ returns, and expand the community’s authority.

DOGE’s current market capitalization is approximately $8.8 billion, and SHIB is $5.6 billion, which is a nearly 100-fold increase compared to the beginning. Let’s imagine the future of the GOM token.

When GOM’s market capitalization reaches $30 million, the return on investment will be tenfold (according to official data, tenfold growth is the basic statistic and the predictable growth is much higher than tenfold). If the value reaches at $300 million, the return on investment is 100 times. If it reaches 3 billion, we would be facing the next SHIB. You can even expect GOM to outperform SHIB! If you missed DOGE and SHIB, GOM is your last chance to be a billionaire.

In summary, unlike DOGE and SHIB, there is no mechanism and a huge effect was formed. G.O.M has strict plans in the market and its target group is popular or unknown musicians, music lovers and blockchain investors around the world. This group can form a consensus on a larger scale, and with the rules of the blockchain market and the original thinking of the project, the market influence will be enormous.

Obviously, the project team has a long-term plan for this project. Compared to some anonymous projects, the team members and MSB license revealed in the early stage of the project showed the market’s determination to create a new and safe form of the music finance system.

The team consists of eight people, except for CEO Dong Seok Yu and technical advisor Jae Hwan Lee, all other six are music professors. They are currently working at world-renowned schools like Berkeley and other major international music organizations. They performed with popular musicians such as Lalah Hatherway and Paula Cole. Some of them got the Seoul Asia International Music Awards, and have been in the music realm for decades now.

G.O.M has made a very fair music community by tying the music and the blockchain market together with the cooperation of experts and top authorities. All of you will have the right to vote and conduct any music activity, maximizing the positive effects of G.O.M. In addition, it suggests the future ecological development direction of G.O.M with the demands and maximizing its capabilities.

We highly appreciate the future value of the music NFT platform God Of Musician (G.O.M). We are looking forward to meeting you in mid-August.