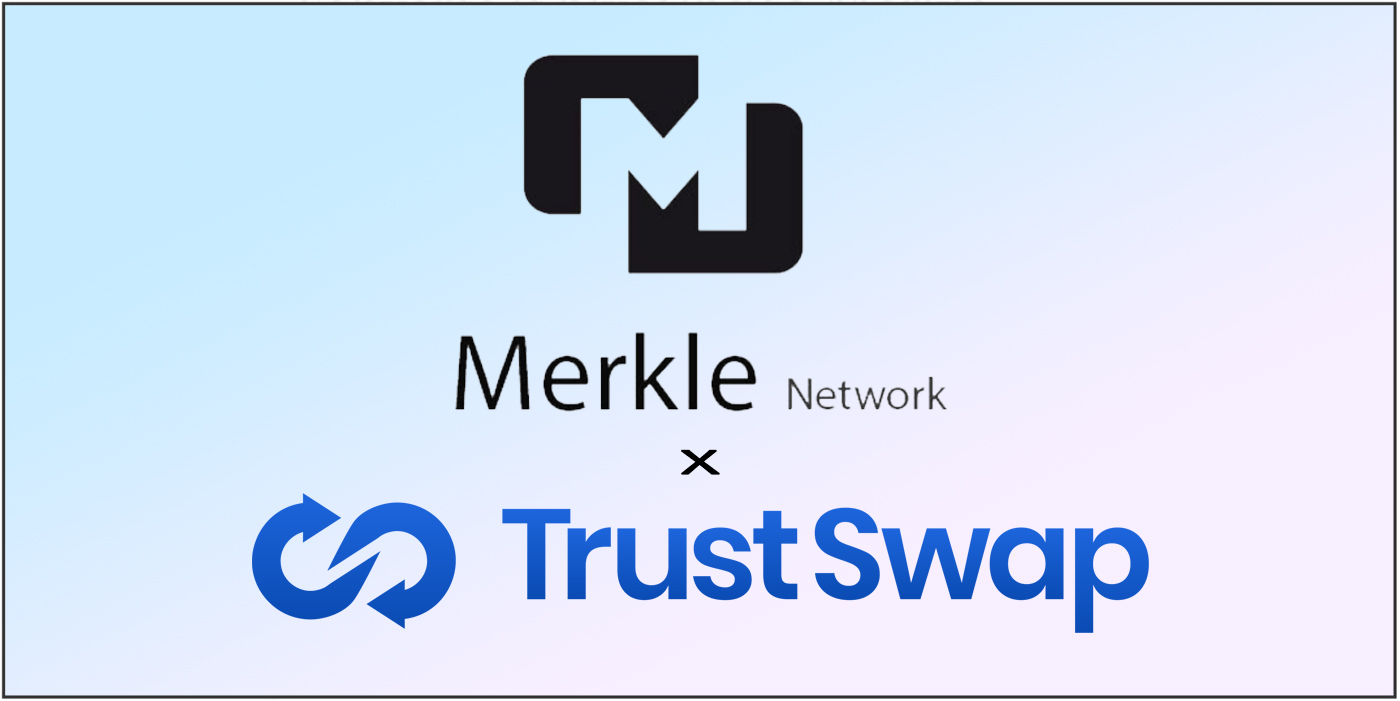 Merkle Network, an emerging project that acts as a Web 3.0 interoperability protocol, held a FlashLaunch on TrustSwap’s launchpad last week. The event started on October 28th at 1 PM UTC, which is when users were able to register for participation.

What is Merkle Network?

As mentioned, Merkle Network is a layer-zero protocol that aims to provide oracle services that would enable an easy way to transfer assets and data from one blockchain to another. That way, it would eliminate the need to use 3rd parties like exchanges, where users would have to exchange one asset to another just to access its network, making it the backbone of decentralized applications.

Not only does it take time to do so, it can also be expensive due to the accompanying fees. But, even if users were to exchange assets like that, it still wouldn’t be helpful for transferring data from one chain to the other, which means that dApps, smart contracts, and similar blockchain products would have to remain locked up in their native ecosystems and never reach out to other ones.

Merkle Network wishes to change this by connecting blockchains and achieving interoperability between them. So far, it already supports some of the largest and most popular chains, including Ethereum, Avalanche, Polygon, and BSC, with more likely to follow.

Why is Merkle Network necessary?

Ever since Bitcoin was created, everyone knew that it would revolutionize the financial industry someday. However, it was very limited in terms of technology. It cannot scale to meet the ever-growing demand, it is too slow when it comes to processing transactions, and it requires too much electricity to work.

This led to the creation of a number of other cryptocurrencies that would be faster and more scalable. But, with the launch of Ethereum, the crypto industry took another turn, trying to use the blockchain as a development platform to solve real-world problems, revolutionize countless other industries, create new products, decentralize all services, and more.

Unfortunately, it was still impossible to create a single project that could do all of these things, but it is possible to connect all of these different projects, dedicated to different issues, and make them a part of a single giant network — Web 3.0.

This is what Merkle Network is trying to achieve with its oracles, but in order to do it, it first needed its native token to make it all possible by powering its network. So, it created $MERKLE, and distributed it to the community by using TrustSwap. The project also launched on AvaXlauncher and TrustPad, and these recent developments have made Merkle Network’s community to grow immensely, especially on Telegram and Twitter, among others.

Details about the $MERKLE IDO

As mentioned already, the FlashLaunch took place on TrustSwap’s launchpad, which has already launched countless successful tokens in the DeFi sector and is trusted by the entire community.

The event started a week before, on October 28th, at 1 PM UTC. This was when the registration process had started, and it lasted for 24 hours. During this time, users had to go to the TrustSwap launchpad and register for participation. In exchange, they received two drawing tickets for a $250 allocation of $MERKLE.

However, other than registration, users also needed to stake at least 4,000 SWAP tokens in order to be eligible or to have a SwapScore of at least 2,500 from the past staking. It was possible for users to collect up to 20 drawing tickets, which would require staking 250,000 or more SWAP.

There was one more way to get your hands on some $MERKLE without having to engage in staking itself, and that was to purchase one of the 5 Merkle Golden Ticket NFTs that TrustSwap auctioned off 24 hours before the registration started. Obtaining one of these tickets entitled owners to a guaranteed allocation of $500 in $MERKLE.

Note, however, that the tickets were not stackable, which means that a single user could only redeem a single one of these golden tickets. But, even if they did use a golden ticket, they could still participate in the main drawing, so it was possible to walk away with $750 worth of $MERKLE, in total, if the user got both the ticket NFT and a winning ticket from the regular drawing.

An important day for the history of crypto

With Merkle Network’s potential to forever change the way we use blockchain, cryptocurrencies, and even the internet itself, the official launch of $MERKLE, and later the network’s testnet and mainnet will all be crucial events in the history of the crypto space. This will remove barriers between the biggest and most popular projects, and it will go a long way toward solving the fragmentation problem that the crypto industry has been suffering from for years. Merkle Network might not single-handedly bring forth Web 3.0, but it will make a huge contribution to solving this issue, and that alone makes it a project that everyone should keep an eye on.