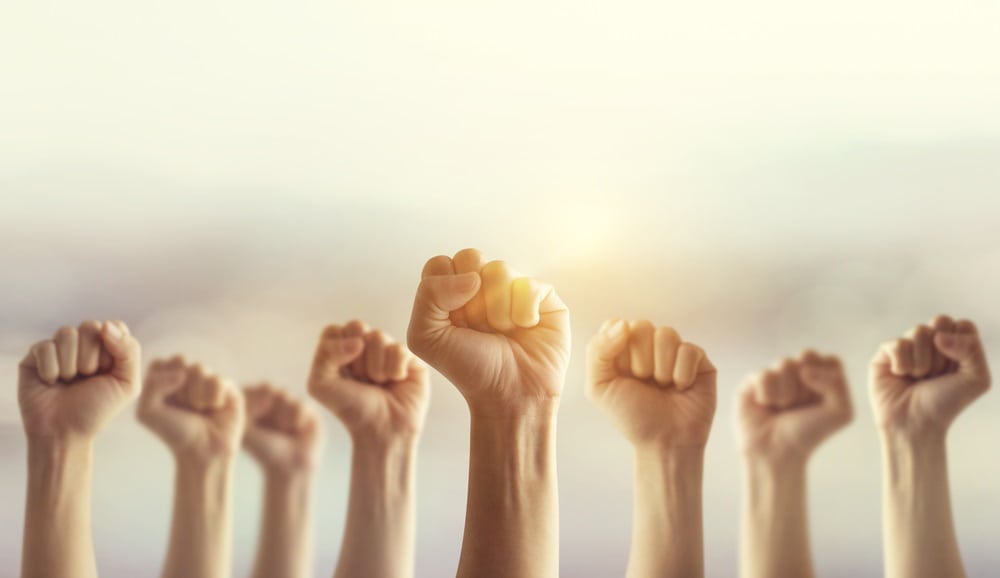 Coinbase U.K. CEO Zeeshan Feroz said that the announcement of Ethereum Classic was more successful than Bitcoin Cash at the CryptoCompare MJAC 2018 conference today. He also spoke on the use of mobile payment networks to bring financial services to the unbanked, criticized the current financial payments system, and gave a roadmap to achieve widespread use of cryptocurrencies.

When asked about the announcement of Ethereum Classic (ETC) on Coinbase, Feroz said at the London conference: “We launched ETC yesterday and if you look at the market, we controlled information better this time. We’re a young business in a space that’s new and there’s no precedence. Whether there was any wrongdoing or not at that time [Bitcoin Cash launch], what we’re doing is learning from that. ”

The CEO’s speech was targeted at the current financial system, dismissing it as ‘inefficient and clunky.’ He targeted companies, such as PayPal, saying that whenever a payment happens, behind the scenes, physical money has to be moved and typically four companies take a cut during the process. He claimed that cryptocurrencies are efficient and that Coinbase is trying to ‘help the world benefit from that efficiency.’

He emphasized the use of mobile payment networks to provide financial payments for people who have no access to traditional banking systems. Feroz, who grew up in Pakistan, spoke about how the number of mobile phone connections per person is ‘three or four times the penetration of bank accounts’ and highlighted the two billion people in the world who have no access to banking. He also said that ‘cash can lose value by 30% in a year.’

Zeeshan Feroz of @coinbase also agrees that decentralisation is the next step but that some level of centralisation will always be required. #mjac #blockchain pic.twitter.com/Z9vwkSFiUz

In terms of achieving a crypto utopia, the CEO said that we cannot get there straight away, adding that there are three stages.

The first stage is working with the current financial institutions and the second stage is educating and promoting change. The third stage is ‘a tipping point where we have the incumbents onside, they believe what we believe in and when we get to that we start to build momentum. That is the new world order that you need to agree with and work with.’

After an audience member expressed differences in the definition of the phrase he used, he promised not to speak in terms of a New World Order. In response to the question, he said: “The new world order for me is a change and what we’re driving for it is decentralization where you don’t have centralized parties controlling the world. We’re a centralized exchange but we have decentralized partners. Centralized exchanges will always exist as you need as onramp, but we believe in a decentralized future.”

We are pleased to announce our intention to add support for Ethereum Classic (ETC) on Coinbase in the coming months.https://t.co/bUG4iLUr2J

He refused to comment on market manipulation but added: “We monitor and try to weed out as much as we can. We have transaction monitoring that is on par with tools at NASDAQ etc. We are working today on ways to minimize on our exchange any manipulation.”

Coinbase is a digital currency wallet and platform that supports Bitcoin (BTC), Ethereum (ETH), Bitcoin Cash (BCH), and Litecoin (LTC). Coinbase has said they are on track to offer blockchain-based securities. This means they would become a registered broker-dealer regulated by the U.S. Securities and Exchange Commission (SEC) and the Financial Industry Regulatory Authority (FINRA). The aim of this is to facilitate crypto securities trading, margin and over-the-counter (OTC) trading, and new market data products.

The San Francisco based company recently announced it will support Ethereum Classic which jumped 22% on the news. After refusing to add Ripple (XRP) even though Ripple offered to lend them more than $100 million worth of XRP to start letting users trade the asset, they have now added the 18th ranked cryptocurrency by market cap instead.

Due to their new method of adding coins, they jointly informed the public and the company’s employees of the decision and will start the integration process which is expected to take several months. They have previously announced their intention to support Bitcoin forks and the ERC20 technical standard.

Tags: bitcoinBitcoin CashblockchaincoinbasecoinsERC20Ethereum ClassicexchangeLitecoinRipplesecsecuritiesZeeshan Feroz
TweetShare
BitStarz Player Lands $2,459,124 Record Win! Could you be next big winner? Win up to $1,000,000 in One Spin at CryptoSlots