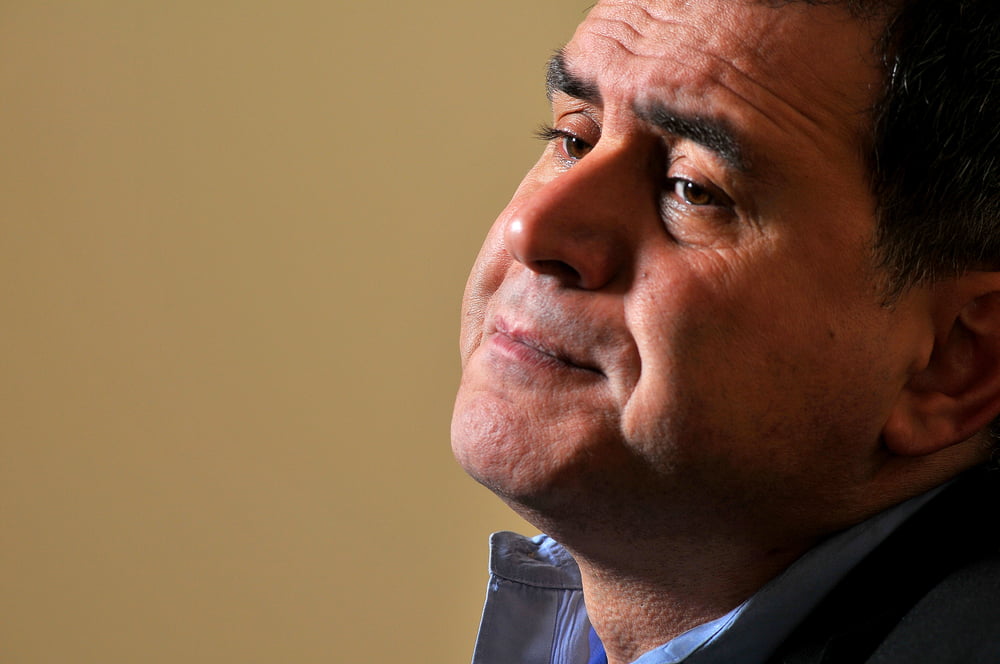 Despite Nouriel “Dr.Doom” Roubini’s cries that the crypto market is on its last legs, this week’s crypto- and blockchain-pertinent developments indicate that this industry is still booming.

Dr.Nouriel Roubini, one of NYU Stern’s economics professors, recently bashed the cryptocurrency and blockchain world through a series of scalding comments and rants. Speaking in front of the U.S. Senate Committee on Banking, Housing, and Community Affairs, Roubini, dubbed “Dr.Doom” by some, made a series of comments against cryptocurrencies. From calling Bitcoin “the mother of all scams” to dubbing blockchain “the most hyped tech ever,” Dr.Doom threw everything he had — a handful of senseless, wanton, and baseless comments — at this budding industry.

Moreover, as seen in a 37-page post-mortem of the inflammatory testimony, Roubini pulled out all the stops, taking out the classic bag of tricks that heavy-handed regulators utilize to falsely tarnish the name of the crypto industry.

Although America’s leading officials and governmental employees heard the economist’s cries, some would argue that Roubini’s thrashing of this nascent technology hasn’t damaged the cryptosphere at all. In fact, there are optimists who truly believe that his comments managed to unite this industry, instead of fundamentally splitting it apart.

Speaking with Bloomberg reporters at Malta’s first-ever DELTA Summit, Roger Ver revealed that he intends to develop or purchase a cryptocurrency exchange in the near future. While Ver, a diehard decentralist, didn’t make Bloomberg reporters privy to many details, the Bitcoin Cash proponent explained that if his plans to purchase an exchange fall through, he will call upon one of Bitcoin.com’s partners to exclusively develop the platform.

Although the specifics the Bitcoin.com CEO gave were few and far between, Ver explained the benefits and drawbacks of building a platform in-house, noting:

“If we build it ourselves, we can do it really, really cheap, and we get exactly what we want. But we don’t have the security of a battle-tested exchange that’s been around for a while.”

What the industry veteran is alluding to is that Bitcoin Cash is barely used as a base cryptocurrency, as many platforms are hesitant to put the foremost Bitcoin fork front and center. Seeing that Roger “Bitcoin Jesus” Ver presides over the Bitcoin.com domain, which hosts a news outlet, wallet solution, and gaming portal, it would make sense that the entrepreneur would want to capitalize on his webpage’s steady stream of traffic. Acknowledging this, Ver noted:

“Our exchange will be posted on Bitcoin.com so we’ll have thousands or tens of thousands of new users every single day.”

Skeptics of Bitcoin.com claim that this exchange is being manufactured in a bid to bolster the adoption of Bitcoin Cash, a popular, yet controversial Bitcoin fork. For now, however, it is unclear what Ver has in mind for the platform.

On Monday, Changpeng Zhao, the CEO of Binance, revealed that the platform of his creation was about to drastically change its listing fee policy, which was kept under wraps for over a year.

According to the official announcement pertaining to the matter, Binance will now disclose all listing fees paid, while also remaining to fees received to charity for the foreseeable future.

Further bringing clarity to the sudden policy shift, the startup added that prospective Binance listees will be giving a “donation” rather than a listing or application fee. The platform also explained that there will not be a minimum monetary value for “donations,” which should come as a relief to small-cap, lesser-known altcoin projects that are looking to gain traction on the world’s largest crypto market.

The firm has already stayed true to its word, listing Ravencoin (RVN) and then divulging that the project had paid not a single dime, or Bitcoin for that matter, to gain a spot on Binance’s exclusive roster of supported crypto assets.

However, it was explained that if a project happens to give a “donation,” the funds will immediately be transferred to the Blockchain Charity Foundation (BCF), which is a non-profit organization looking to support those in need through blockchain technologies.

While there were cynics that suggested that Binance’s top brass had ulterior motives, as BCF is managed by the startup, CEO Zhao took to Twitter to explain that this move is likely to be a long-term “win-win” for the blockchain industry, along with Binance itself.

“I think this is a net win for us too. Charity will increase adoption, make the industry bigger, which in turn will benefit BNB and Binance (and others too). Of course, we sacrifice short-term direct gains. But if you keep a long term view, it’s a win-win on multiple fronts.”

Just a day after Binance’s aforementioned announcement, the company issued another statement, this time revealing that it had bad news to tell its clients. Per an official release, employees at Binance decided to delist Bytecoin (BCN), Iconomi (ICN), ChatCoin (CHAT), and Triggers (TRIG), due to worries that these altcoins may be scams, or worse. Although the exact details were scant, the firm explained that it was making this drastic move to protect its customers.

Coinbase, a well-known San Francisco-based startup, revealed with heavy hearts that it had to shutter its in-house cryptocurrency index fund. Per information from an anonymous source, which was routed through The Block, Coinbase decided to kill its institutional-focused index fund due to a lack of interested clients, and subsequently, the absence of volume.

The depressing picture that the insider painted was sadly a far cry from what Coinbase expected during the launch of the product, which was said to be seeing “strong demand from institutional and high-net-worth individuals.”

It wasn’t cut and dried, however, as it was widely believed that there were a variety of catalysts that sparked this sudden change. For instance, the sudden departure of Adam White, who headed Coinbase’s institutional branch, likely put the startup on the back foot in the institutional crypto game, so to speak.

Others claimed that the launch of Coinbase Bundle didn’t help either, as the new investment product is essentially a watered-down, retail investor-focused version of the fully-fledged Coinbase Index Fund.

But for now, $8 billion valued Coinbase has only credited the dry up in institutional interest to the unfortunate closure of the highly-hyped, long-awaited index vehicle.