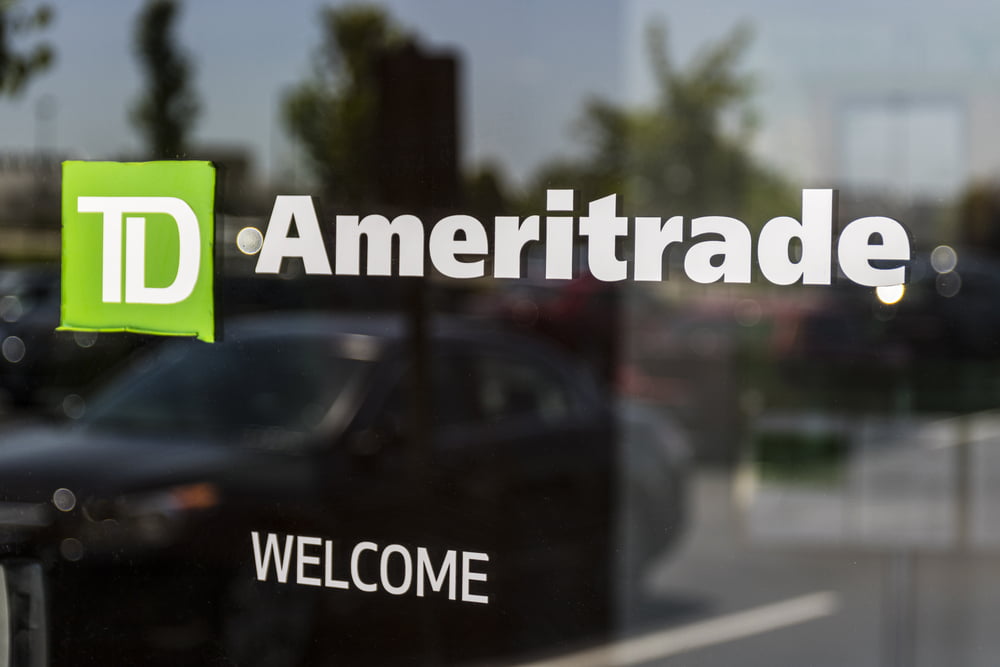 Crypto Week In Review: $30B Ameritrade Brings Crypto to Mainstream, Coinbase Worth $8B

While the markets may indicate otherwise, the past seven days saw a slew of positive fundamental news bombard the cryptosphere, which has led some to pronounce that this week has been “the best week for crypto all year.”

Earlier this week, on Wednesday, TD Ameritrade, an American brokerage firm with over $1.2 trillion worth of assets under management, announced that it had invested an undisclosed sum into ErisX, a crypto platform that has reportedly been in the works for months. According to the official announcement, ErisX, which has also been backed by DRW, Virtu Financial, and Cboe, is slated to become a fully-regulated, US-based derivative and investment vehicle exchange that will take a focus on digital assets.

Eventually, if regulators give a green light, ErisX, which is headed by former Citigroup executive Thomas Chippas, intends to unveil spot trading and physically-delivered futures support for Bitcoin, Bitcoin Cash, Ethereum, and Litecoin. As per reports, the platform could be launched by Q2 of 2019, with ErisX initially supporting spot trading, before branching out to futures.

“I think the appeal for us is that [ErisX has] the biggest players in the Bitcoin space from a market making standpoint, both DRW and Virtu here, and you also have Cboe in a partnership with NEX. So you have people that are very well versed in this space and what we’re bringing to the table as a strategic investor is a pretty deep understanding of our 11+ million retail clients and what they look for when it comes to a product.”

Quirk, who is passionate about investor education, added that ErisX will be the perfect regulated way for common consumers to gain access to this nascent market. He added that the futures contracts on this platform will be readily available for TD Ameritrade’s vast clientele, and to top it off, will be offered at no extra cost in comparison to Cboe or CME’s well-established crypto asset contracts.

In the middle of last week, insider reports unexpectedly surfaced which indicated that Coinbase, widely regarded as the crypto industry’s star player, was set to be valued at $8 billion in an upcoming funding round, consisting solely of a $500 million investment from Tiger Global.

According to Recode, who first broke the story, this new $8 billion valuation is a five-fold increase in Coinbase’s 2017 publicly-reported value, which indicates that in spite of the bear market, some crypto startups are doing just fine. Although the deal hasn’t been formally inked as of yet, those familiar with the matter revealed that Tiger Global’s investment could see the New York-based investment fund buy out a smattering of Coinbase’s current shareholders, potentially indicating that Tiger is willing to pay quite the premium.

Mike Novogratz, former institutional investor turned Wall Street’s leading crypto bull, explained that news verifies the sentiment that this budding industry is much more than the 21st century’s iteration of the “tulip-mania” of yesteryear.

Even amidst this hefty influx of investment and the development of Coinbase’s New York location, the startup’s VP and general manager of its institutional branch, Adam White, unveiled plans to leave the startup that kicked off his career.

Alluding to the fact that White’s departure was made on good terms and that Coinbase’s institutional drive wouldn’t be hampered, a company spokesperson told Bloomberg:

“While we’re extremely sad to see him go, we’re also confident in that group’s ability to keep executing on the vision that he laid out to be the most trusted venue for institutional investors to trade cryptocurrencies.”

So, it isn’t all gloom and doom for Coinbase, as the firm recently made a series of moves to poach forward-thinking employees from traditional firms. In an extended legacy market brain drain, talented individuals, like those formerly of LinkedIn, Amazing, Pershing Financial, have dove into the crypto industry head first, joining Coinbase in its mission to become a global crypto superpower.

The San Francisco-based startup has also brought on Jonathan Kellner, former CEO of Instinet, to work as White’s replacement, with the well-respected individual now taking a role as the managing director of Coinbase Institutional.

As was widely reported, Galaxy Digital CEO Mike Novogratz claimed that one of the world’s largest endowment funds had stepped foot into the cryptosphere, with the unnamed endowment making moves to invest in crypto-focused funds. At the time, however, Novogratz did not have the liberty to reveal which endowment he was privy too. But now, as revealed by CNBC, the fund that the CEO spoke is run by Yale University, which is home to the second largest endowment in higher education at a staggering $29.4 billion.

According to insider sources, Yale’s endowment, run by the legendary David Swensen, has invested into Andreessen Horowitz’s a16z crypto fund, which raised $300 million earlier this year, and Paradigm, an up and coming crypto-focused venture that is backed by some of crypto’s best.

While some skeptics, such as crypto commentator Alex Kruger, claimed that “he would be surprised if they (Yale) had invested more than a few million bucks,” Swensen’s move to back crypto should bring more legitimacy to a market that is battered by criticism all too often. Swensen’s eye for diversification through promising industries and asset class was undoubtedly the catalyst that saw Yale’s endowment swell by 11.8 percent each year for the past two decades. In fact, due to his stellar performance as a fund manager, he has been widely dubbed as Yale’s in-house “Warren Buffet.”

Although Yale isn’t the institution that crypto advocates were waiting for, the arrival of such a prominent endowment, which is focusing on the long-term growth of its holdings, indicates that at the very least, crypto and blockchain technologies show a semblance of promise and potential, even amid a bearish market.

Tags: coinbasecryptoErisXTD AmeritradeTiger GlobalYale
TweetShare
BitStarz Player Lands $2,459,124 Record Win! Could you be next big winner? Win up to $1,000,000 in One Spin at CryptoSlots