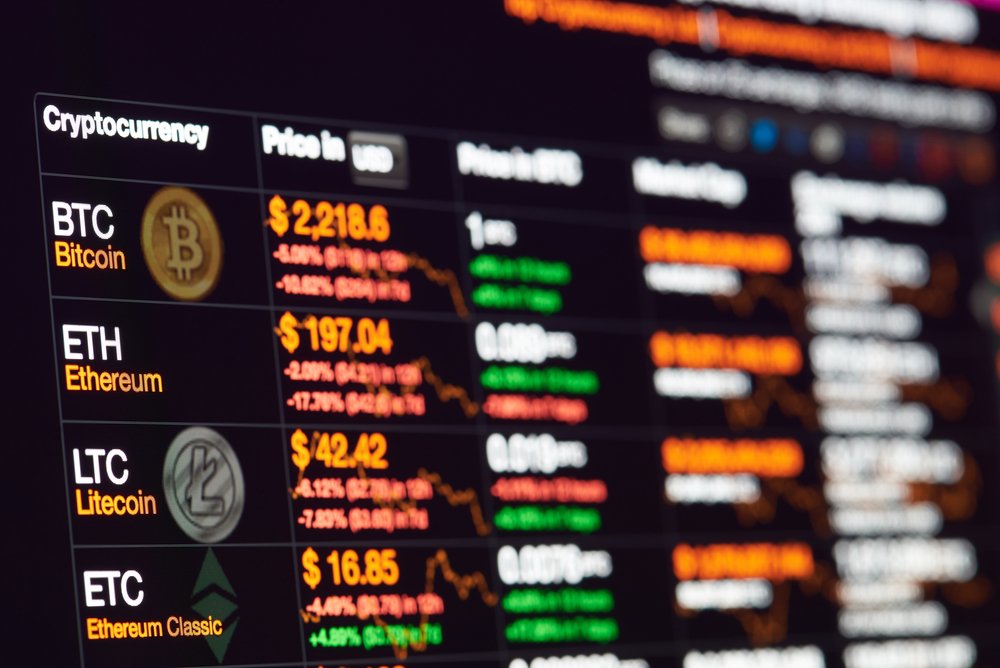 Amid 2017’s roaring bull run, which saw the crypto market’s value swell from $20 billion to $800 billion, institutional players, such as hedge funds and endowments, were evidently hesitant to step foot in this industry. But now, analysis done by Morgan Stanley indicates that institutions have begun to accumulate crypto en-masse, presumably due to the fact that cryptocurrencies are still situated in the bargain bin.

“The Virus Is Spreading”: Institutional Money Pours Into Crypto

The widespread arrival of institutional investors has long been seen as the “holy grail” for the crypto industry’s maturation. And surprisingly, despite bearish market conditions, a report from Morgan Stanley has outlined the fact that this holy grail could be rapidly approaching.

Discussing a recently-released Morgan Stanley report, which was titled “Update: Bitcoin, Cryptocurrencies and Blockchain,” Alex Kruger, a world-renowned Argentinian market specialist, claimed that there have “been considerable institutional inflows since January,” alluding to the sentiment that today’s crypto asset values are ripe for the proverbial institutional picking. However, citing data revealed through the 50-page document from the legendary financial institution, which gave a deep-dive of the current state of crypto, Kruger added that it isn’t cut and dried.

The industry savant, who made a graph (seen below) to convey his thought process, explained that institutional money in cryptocurrencies, which reportedly tallies to $7 billion dollars, only makes up 2.8% of July’s collective market capitalization of all cryptos. It is important to note that this figure has declined since January 2017’s 3.8%, indicating that retail investors quickly outpaced their institutional counterparts in the past 18 months.

Regardless, institutional market penetration, as Kruger dubbed the statistic, is still up drastically when compared to January 2018’s dismal 1%, further supporting the theory that institutions have continued to pick it up where retail has dropped the ball, so to speak.

1/ Institutional money is coming they said. The virus is spreading they said … Data indicates there have been considerable institutional inflows since January, yet penetration is at pre-bubble levels. pic.twitter.com/YWT4ROmsxj

Backing his analysis with figures, Kruger pointed out that while institutions’ crypto assets under management (AUM) only visibly increased by $1.25 billion between January and July 2018, prices fell through the floor during that time. Explaining the significance of this caveat, the researcher estimated that $5.9 billion actually entered this market via the pockets of Wall Street bigwigs, making it likely that institutions have thrown upwards of $10 billion at crypto assets in recent years.

To put the jaw-dropping sum into some much-needed perspective, Kruger explained that $5.9 billion is comparable to 237 days of block rewards issued by the “largest coins,” which report amounted to $24.8 million per day as of July 1st.

However, despite the influx of institutional capital, which would presumably catalyze a bull run, the market has stayed quiet, with bears and bulls remaining caught in a near-endless standoff. This could indicate that institutions are only buying enough crypto to keep this market afloat, as retail interest has all but dried up, save for the diehard “HODLers” and long-term players.

More optimistically, however, the non-action of this market could indicate that institutions have been siphoning their capital into crypto through over-the-counter (OTC) desks, not via traditional order book-style platforms that can be decimated by multi-million-dollar trades.

As reported by NewsBTC, according to Bobby Cho, the global head of trading at Cumberland, DRW’s cryptocurrency trading division, hedge funds continue to issue a multitude of over-the-counter Bitcoin transactions, which are often over $100,000 per transaction. Cho explained what this fact meant, stating:

“What that’s showing you is the professionalization that’s happening across the board in this space. The Wild West days of crypto are really turning the corner.”

Although this is all well and good on its own, Cho wasn’t the only industry insider to be spectating such transactions. Boston-based Circle corroborated this claim, with CEO Jeremy Allaire telling Bloomberg that Circle Invest has seen “triple-digit growth” in the number of individuals enrolling into its OTC business.

So for now, it seems that bull-watchers will have to sit on their hands until retail buying pressure picks up.

Tags: cryptoinstitutionalMorgan StanleyOTC
Tweet123Share196ShareSend
Win up to $1,000,000 in One Spin at CryptoSlots