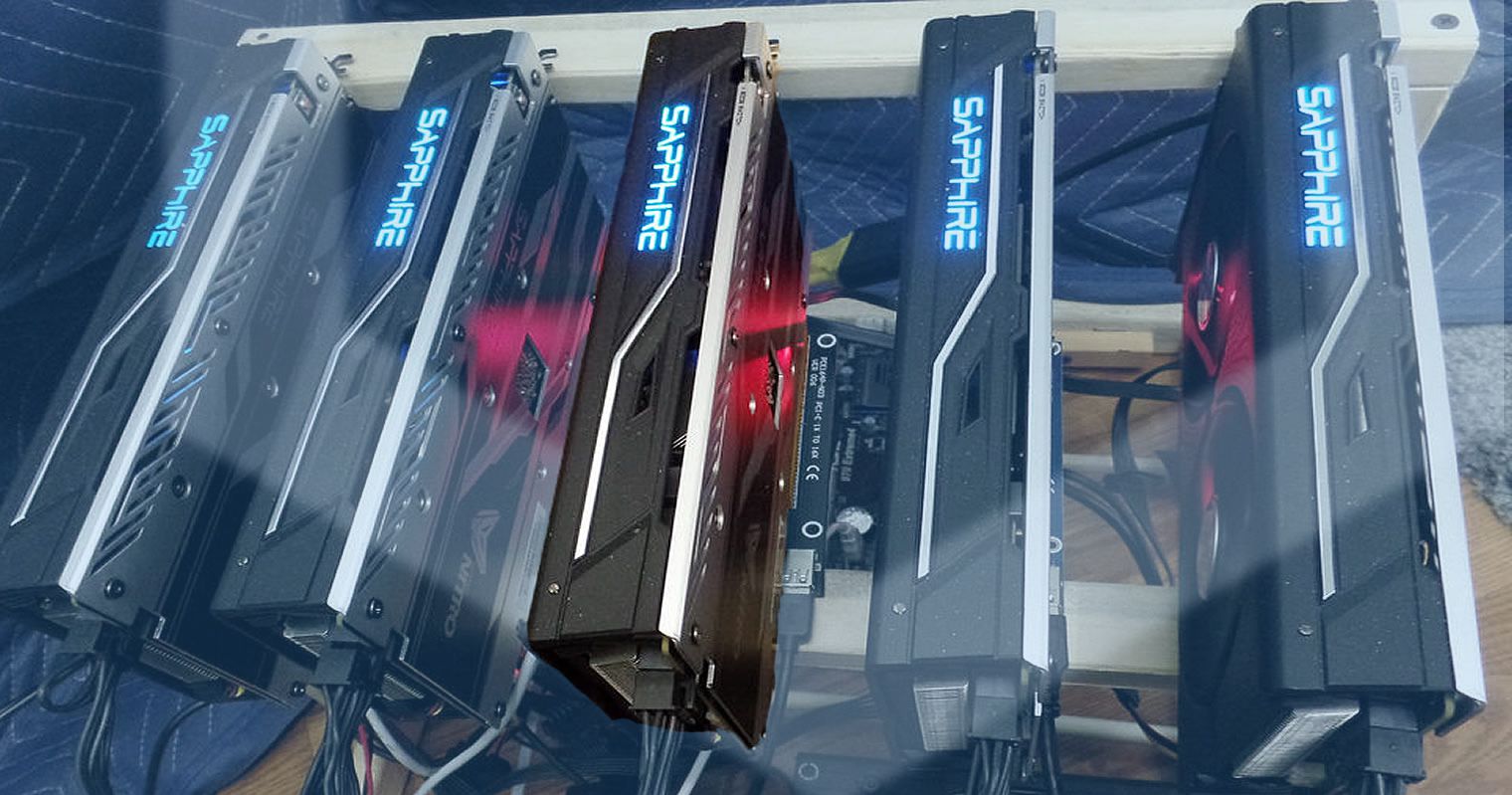 Bladetec, a UK tech company with past experience in IT support for NATO and the UK Ministry of Defense, is building the first Bitcoin mine in Europe funded by investors in a limited company protected by UK law.

Located in the Southeast of the United Kingdom, the facility – Third Bladetec Bitcoin Mining Company (TBBMC) – will cover 3,500 square feet divided in three locations in London, Surrey, and Suffolk.

In order to build and operate the farm for up to two years, the company is raising £10 million from investors. With the money, Bladetec “will acquire approximately 1000 ASIC (Application Specific Integrated Circuits)-based Mining Computers all running at 43 Terra-Hashes per second (a speed so unfathomably fast, it’s nigh on impossible to quantify; suffice to say, it’s the fastest available globally today)”, says the campaign published on Envestry.

This will create a significant global mine, placing them in the world’s top 25 and as a result of this dominant position, produce significant returns for shareholders.

The TBBMC project offers wants a minimum investment of £5,000 from each investor. Due to its Bitcoin’s volatile nature, the project allows for four different growth scenarios with up to 45% capital growth per year and an exit within 2 to 3 years. At that stage, shareholders’ returns “will be based on the proceeds of the sale of the mined Bitcoins and the ASIC machines”. 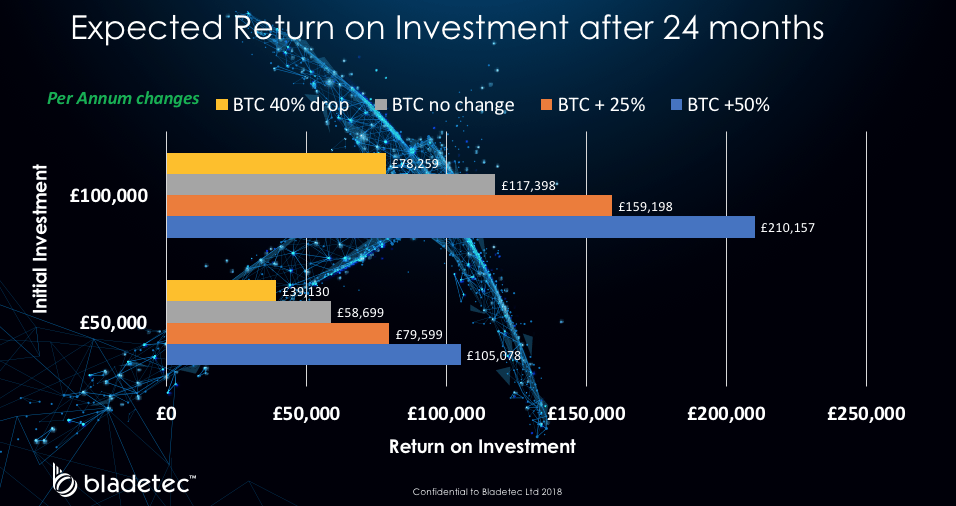 The four different scenarios range from a 40% drop in BTC price to an eventual +50% rally. The return on investment after 24 months is projected to go as high as £210,157 with an initial investment of £100,000, according to the company’s projections. If the price of Bitcoin does drop by 40%, an investor would lose approximately 22% of capital.

According to The Telegraph, the company is planning to mine 1,280 bitcoins in the two-year period. It is hard to predict how much those Bitcoins will be worth in two years. At current prices, they would be valued at £7.8 million, but much can change and probably will before 2021. Most of the funds raised are destined to be spent on energy costs, even as Bladetec reaches an agreement with a wind farm to keep the energy bills low, as intended.

Bitcoin farming is more attractive for business in countries with colder weather, such as China and Iceland. The Icelandic authorities, however, may implement a tax on Bitcoin mining due to the energy consumption. And the Chinese government insists on ending all cryptocurrency trading and mining in the country.

Tags: bitcoinbladetecbtcfarmingmininguk
TweetShare
BitStarz Player Lands $2,459,124 Record Win! Could you be next big winner? Win up to $1,000,000 in One Spin at CryptoSlots