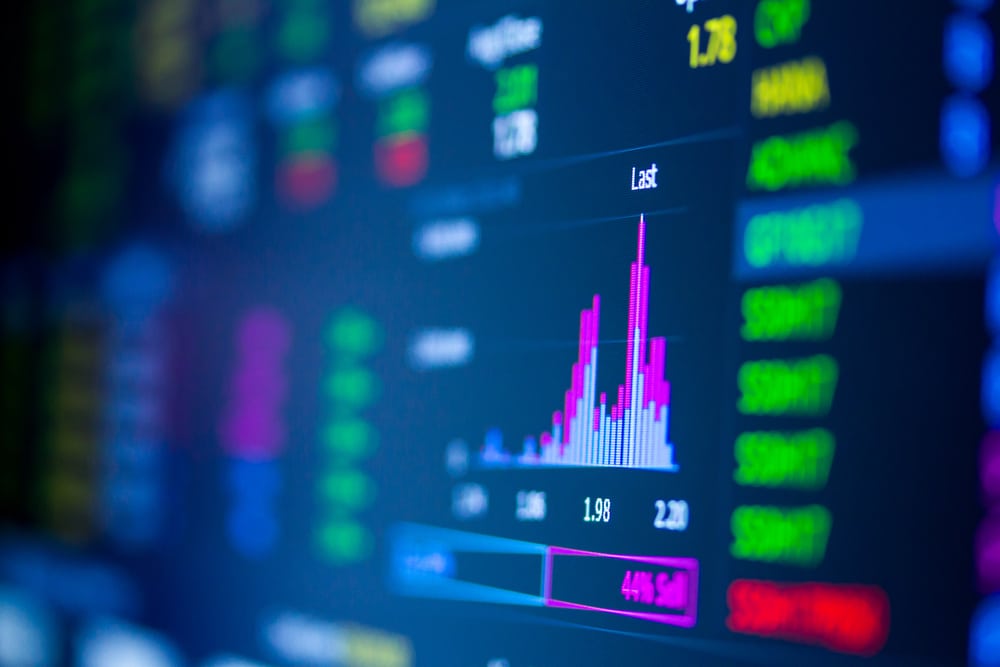 Bithumb traders have recently experienced an abnormal surge in the price of some crypto, with tokens like Ethos trading six times over its average value only on the South Korean exchange. Many traders began to attribute these ludicrous prices to the Kimchi Premium, which local cryptocurrency traders have grown accustomed to over the most recent months.

However, as noted in a statement from the Vice-Chairman of S. Korea’s Financial Services Commission, the premium has since been reduced as a direct result of governmental practices. Kim Yongbeom stated:

While this may be the case for other Korean exchanges, for Korea’s foremost exchange, the issue has only been magnified.

In June, Bithumb suffered a devastating hack, with the exchange noting that exchange-owned hot wallets were breached by an anonymous hacker. Immediately after receiving news of the hack, the Bithumb team shutdown deposits and withdrawals, which remain closed even one month after the ~$30 million security breach.

The shutdown of these two key features, which are essential for the operation of any exchange, has likely caused a situation where there are not enough sellers to match the orders of buyers. As the laws of supply and demand show, a lack of supply for high levels of demand will only push prices higher.

For cryptocurrencies like Ethos, this problem has hit especially hard, with Bithumb posting prices that are almost 600% higher than the average cost displayed on CoinmarketCap. 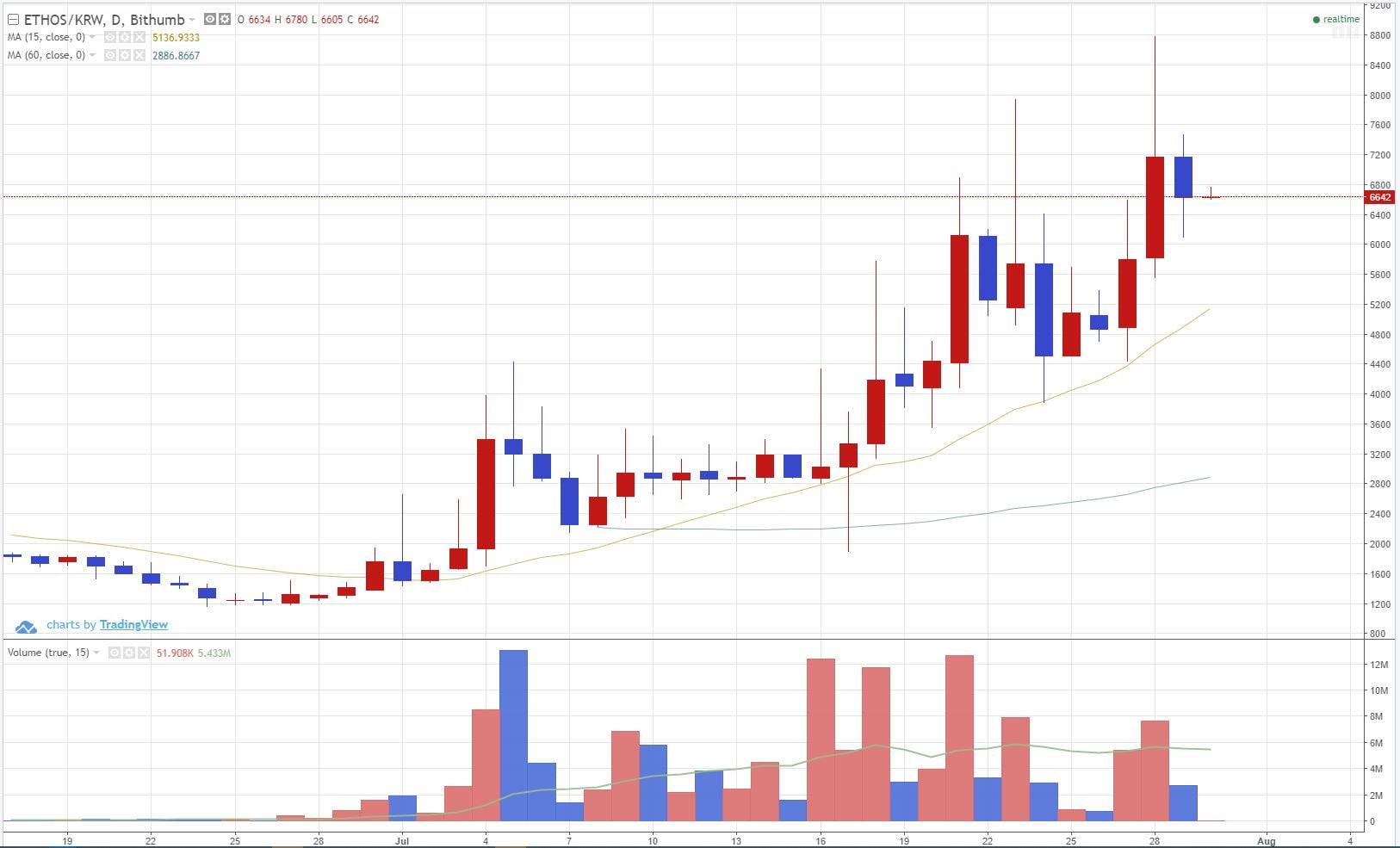 Other cryptocurrencies on the exchange have experienced similar issues, albeit not as severe, as Bithumb users continue the rush to buy undersupplied cryptocurrencies. Looking at the list of Bithumb-listed cryptocurrencies, it seems that there is a pattern with the coins experiencing atypical prices, with cryptos that have seen positive developments since the hack grow greatly in value. Some notable developments include Etho’s Universal Wallet, Augur’s platform release, and 0x’s potential Coinbase integration. 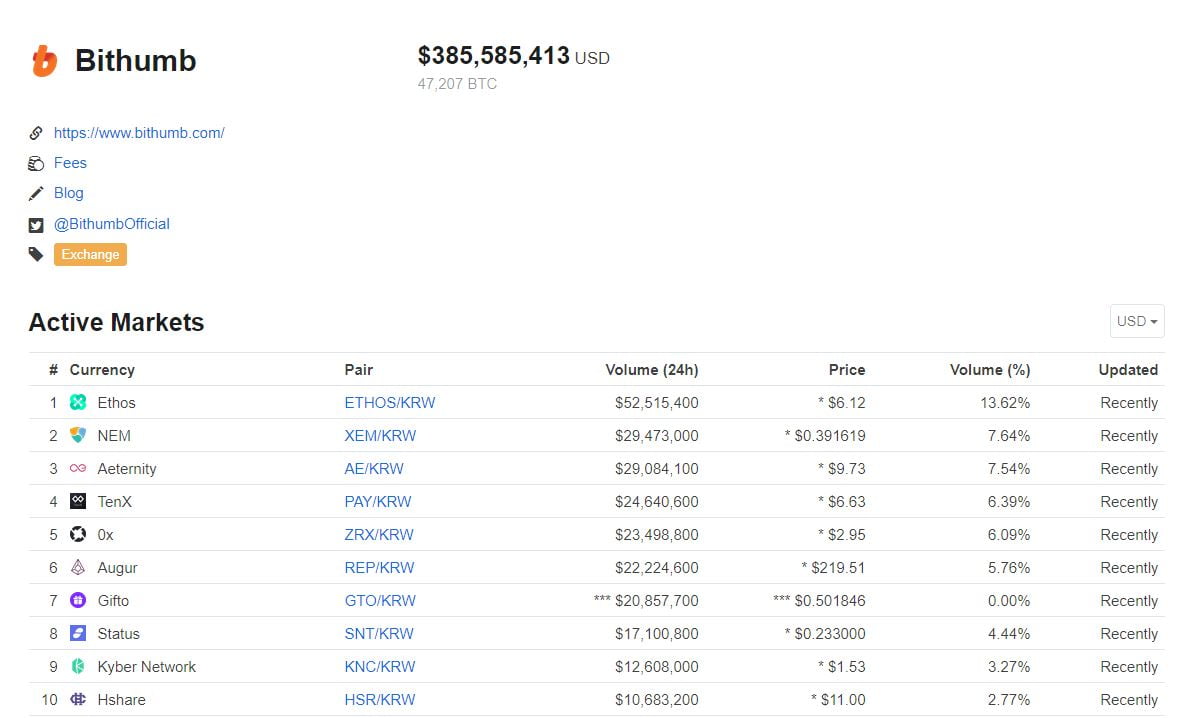 As a result of these absurd figures, CoinMarketCap, a leading cryptocurrency statistics site, has removed Bithumb’s pricing statistics from the volume-weighted figures displayed on their platform.

While this was likely not the result of direct manipulation by malicious individuals, Kimchi Premium events may be of interest to some regulators.

The Winklevoss Twins’ most recent ETF proposal brought up many concerns with regulators. Upon the announcement revised proposal’s denial, the SEC released an extensive document highlighting the reasoning behind the verdict. The American regulatory body noted that there were fears of manipulation with the value of the Winklevoss ETF, which would have been based off prices seen on Gemini.

While Gemini hasn’t run into any glaring issues regarding price manipulation yet, the most recent worries expressed by regulators may have led some to ask “what if Gemini had a similar experience to Bithumb or other Korean exchanges?”

In its current state, the Winklevoss-owned Gemini exchange has relatively low liquidity in comparison to a fiat-supported exchange like Coinbase Pro. If Gemini was to stop accepting deposits and withdrawals, who’s to say that investors on the exchange won’t take advantage of the opportunity and pump prices sky-high? Additionally, if a Bitcoin “whale” were to issue a large deposit onto the exchange now, they would likely be able to quickly manipulate the prices, driving the cost of an asset in any direction in which they deem necessary.

Keeping these points and scenarios in mind, it would have been easy for any market manipulator to artificially inflate, or deflate the price of a Gemini-backed Bitcoin ETF.

As pointed out by Joseph Young, editor at NewsBTC and long-time crypto analyst, the issues with manipulation may not be as pertinent of a worry in the upcoming VanEck and SolidX verdict, as the two ETFs are “structurally different.”