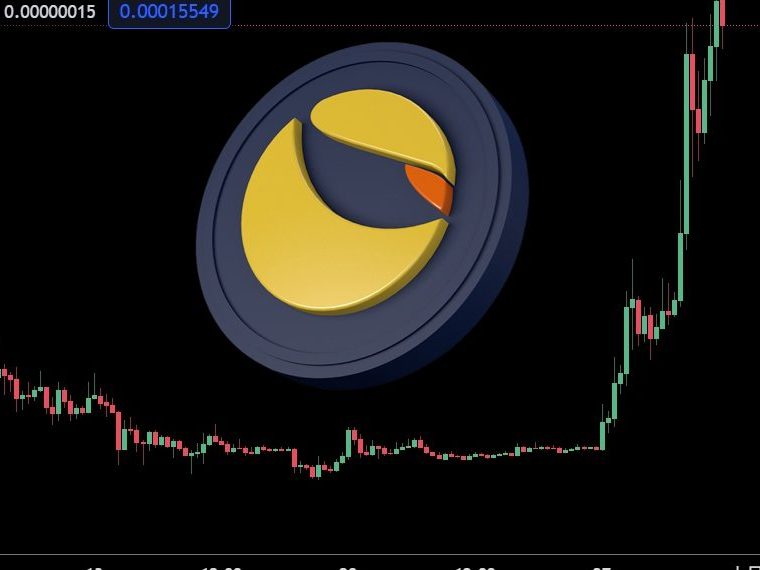 Terra Classic Jumps Double-Digits, Is It Time To Buy?

The collapse of the original Terra network had been one of the major triggers of the current bull market. LUNA’s price had dropped from above $100 to below 0 in a matter of days, causing market panic in the market and leaving a string of losses in its wave. However, despite the collapse, crypto investors did not give up on the digital asset. In the last seven days alone, the cryptocurrency has put on double-digit gains. Here’s the reason behind it.

Why Terra Classic Is Up

Following the crash, investors in Terra Classic had seen massive losses due to losing 100% of its value in a matter of days. However, since then, there have been investors who have remained loyal to the token and have been looking at ways to return it to its past glory.

One of the proposed ways of increasing the value of LUNC tokens that has caught on is a 1.2% tax. This tax is proposed to be placed on every single LUNC transaction, down to wallet and smart contract interactions. The tokens generated from the tax will then be sent to a burn wallet. Thereby reducing the number of tokens that are in circulation.

Don't wait! Jump on this Crypto Deal and get a 150% Welcome Bonus plus 100 Free Spins on your deposit today!
570% up to 12 BTC + 300 Free Spins for new players & 1 BTC in bonuses every day, only at Wild.io. Play Now!
Related Reading: Merge Momentum: Ethereum Sets New 2022 High Against Bitcoin

This tax proposal is yet to be accepted, but ever since it was made public, the price of the digital asset has responded positively to it. In the last 24 hours, the price of LUNC has been up 63.71%, bringing its present value to $0.00567. On a wider timeframe, the performance of the cryptocurrency is even more impressive, with 93.32% and 476.11% gains in the last 7 days and 30 days, respectively.

LUNC is not the only Terra token that is benefitting from the newfound interest following the tax proposal. Terra Classic USD (USTC) is also up double digits in the last 24 hours. The ‘stablecoin,’ which had lost its peg to the US dollar, is currently trading at $0.04754 at the time of this writing.

Is It Time To Buy LUNC?

Terra Classic’s high volatility has made it an attractive token for investors who are looking to try their luck and make some money in the short term. Since it remains incredibly popular and its price is still so low, as well as having a very high circulating supply, swings in price are usually wide, leading to the kind of gains being recorded over the last month.

While this volatility makes for an attractive investment, buying LUNC has been described as being akin to gambling. David Gokhshtein, the founder of Gokhshtein Media, said on Twitter that gamblers are the only ones who are investing in the cryptocurrency. Basically, when it comes to investing in digital assets such as LUNC, the chances of losing are high, making it a high-risk investment.

Related Reading: Public Bitcoin Mining Firms Are Nearly Out Of Coins To Sell

Nevertheless, the crypto community has not given up on LUNC. The world’s largest cryptocurrency exchange, Binance, announced early on Thursday that it would be carrying out wallet maintenance for Terra Classic’s LUNC.

Terra Classic’s LUNC also continues to maintain a higher market cap than the airdropped Terra LUNA. The former is sitting at $3.48 billion, while the latter has a market cap of $263 million. Additionally, USTC’s current market cap is $465.78 million.