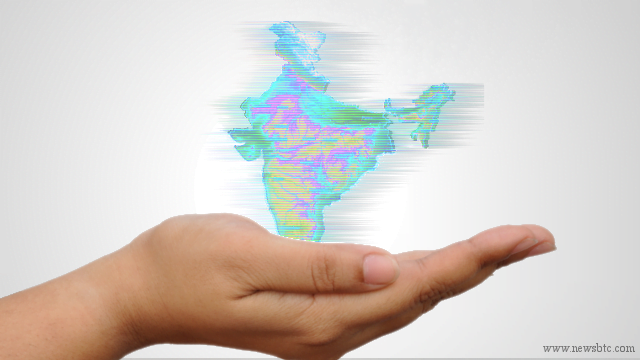 We have been covering a lot about the Indian Bitcoin ecosystem for a while now, and in a recent post we have discussed the various features offered by prominent Indian Bitcoin start-ups in an attempt to get more people to adopt and use Bitcoin in their day-to-day transactions.

Zebpay is one such Indian Bitcoin company which has made the process of Bitcoin transfer as easy as sending instant messages on WhatsApp or WeChat. Zebpay has recently started selling cash vouchers for e-commerce sites, which can be bought using Bitcoin. This way, the company is allowing its customers to indirectly use Bitcoin for shopping on selected Indian online stores.

In a recent communication with Sandeep Goenka, one of the founders of Zebpay, we were informed that the company is planning to sell prepaid mobile credits for Bitcoin in the near future. We asked him a couple of questions regarding Zebpay’s new features and more. This is what he had to say-

NewsBTC: What influenced Zebpay to offer its customers the option of buying Flipkart and Amazon vouchers with Bitcoin?

Millions of Indians do not have credit / debit cards and are unable to participate in the e-commerce revolution in the country. However, now a Zebpay user can buy Bitcoin with his bank account and use them to buy vouchers of popular Indian e-commerce companies like Flipkart, Amazon, MakeMyTrip, BookMyShow, Dominos and more. Not only that, he will get 10% off on these vouchers, so he can buy, for example, a Flipkart voucher of INR 1,000 for INR 900 only via Bitcoin using Zebpay.

NewsBTC: How does it work?

Sandeep: Inside the Zebpay Android or iPhone application, a user can click on “Shop” on the home screen. He’ll then be able to see a list of vouchers that are available for purchase in his country. When he clicks on a voucher of his choice, he will see the price of the voucher after discount which is usually between 5-10%. He will also see the amount, in Bitcoin needed at the current exchange rate to buy the voucher. The user then clicks on “buy” and enters his 4 digit PIN to confirm the purchase. The respective amount in Bitcoin will be transferred from his Zebpay wallet and he receives a message with a voucher code. The user can use this code to shop on these e-commerce sites.

The above process takes less than a minute.

NewsBTC: How was Flipkart’s reception towards this move? Do you think Flipkart and other e-commerce players in India will adopt Bitcoin as one of the payment options anytime soon?

Sandeep: The vouchers we sell are from 3rd party resellers which are appointed by these companies and the company is not directly involved. Rakuten, which is Japan’s biggest online store like Amazon and Flipkart started accepting Bitcoin 2 months back.

Merchants pay anywhere between 1-5% or even higher to accept credit card payments. As I mentioned, in India, millions of users do not have credit / debit cards unlike many Western countries. Online companies are struggling due to the lower adoption of credit/debit cards in the country. Everyone knows how Uber is struggling and experimenting with different digital payment methods in India.

If merchants accept Bitcoin, their cost can go down to less than 1% and this includes the cost to convert Bitcoin back to Rupees or Dollars. These companies are already studying the viability of accepting Bitcoin from technical and legal perspectives. It is only a matter of time before every business in the world accepts Bitcoin as a payment method. I believe in 1-2 years, we will hear the first big Indian e-commerce company starts accepting Bitcoin.

NewsBTC: How long do you think it will take for Zebpay to be the Paytm for Bitcoin? What do you think needs to change in the current situation for that to happen?

Sandeep: With the exponential increase in Bitcoin awareness and adoption, I believe in 3 years, Zebpay has the potential to become a global Paytm for Bitcoin, with our users using Zebpay to transact with merchants, buy vouchers, gift cards, airtime and more.

NewsBTC: Recently, there was news about banks withdrawing their service to one of the Indian Bitcoin exchanges.  Did Zebpay also face any challenges with regard to banking partners (in the past or present)? If so, how are you planning to deal with it?

Sandeep: The news is overblown. One Bitcoin company lost one banking partner. All other Bitcoin companies including ours continue to operate absolutely normally without any problems. The Bitcoin Alliance India which is an alliance of all Bitcoin companies along with Nishith Desai Associates, India’s top law firm are working hard to proactively represent Bitcoin and suggest best practices to RBI. Most Western countries have given Bitcoin a legal recognition and come out with Bitcoin friendly regulation.

In fact, progressive countries like Singapore and UK are working hard to attract Bitcoin companies to operate in their jurisdiction. Bitcoin is a precious resource like gold. It is easy to understand this and we are sure with all the positive news around Bitcoin, we will have favourable working conditions in India too.

If things go according to the way Sandeep has speculated, we can expect an increased Bitcoin adoption across the country in a couple of years along with \increased competition between Bitcoin businesses across the world to capture the maximum market share.

Tags: amazonBIitcoinBitcoin Alliance Indiae-commerceFeaturedFlipkartindiaInterviewsNewsNishith Desai AssociatesSandeep GoenkaStart-upszebpay
TweetShare
BitStarz Player Lands $2,459,124 Record Win! Could you be next big winner? Win up to $1,000,000 in One Spin at CryptoSlots