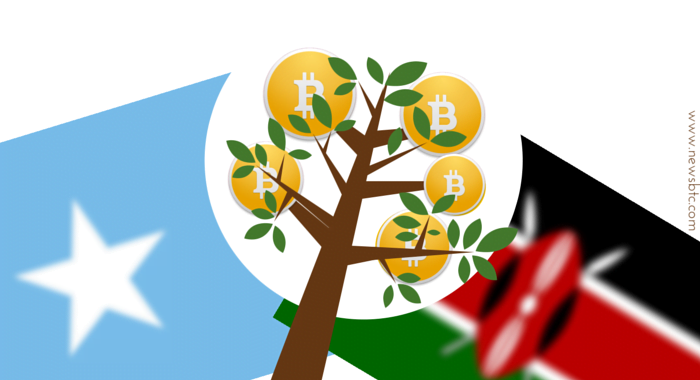 Bitcoin is considered as a truly global currency, and we have been discussing its potential uses and how it can help the world’s economy for a while now. Until now, the use cases involved developing nations at peacetime where it is used for remittance and offering banking services to the unbanked. With disturbances in Europe and the Middle East, the world is not a peaceful place any more. There are conflicts in Ukraine, Yemen, Syria and Iraq fighting against ISIS etc.

These conflict torn countries have non-existing economies where many times people survive on aid received from various national and international organizations. The banking institutions in these regions are either closed down or they were never opened. In cases like these, alternative financial services fill in the gap.

Kenya stands as a great example for alternative financial services filling in the shoes of big banks. M-Pesa allows people to send and receive money on their mobile phones. With a mobile phone penetration of over 80 percent, the population can use the service to pay for anything. Bitcoin players like BitPesa have already designed their services to work together with the existing M-Pesa.

Somalia, the East African nation is caught up in a civil war for more than 20 years. The war has created a security and regulatory vacuum in the region, giving rise to terrorism and piracy. This has resulted in increased scrutiny by other countries, imposing stricter Anti Money Laundering regulations, thereby making it tough for the banks in the region to operate.

The country has a large migrant working community, who send money back home on a regular basis. Almost 50 percent of the country’s gross national income is derived from these international remittances amounting to about 1.2 billion dollars. Due to the lack of financial institutions, people in Somalia are forced to receive or exchange remittance through the grey market network of Hawala brokers.

While these challenges can be easily solved by Bitcoin, implementing bitcoin service in the region itself appears to be a huge challenge. The country has the lowest mobile and internet penetration standing at 16.3 and 1.5 percent respectively. Unless the government decide to reform the conditions of the nation in terms of access to communication and financial services, even bitcoin may not be able to solve the issues.

Tags: Alternative financial servicesbitcoinFeaturedkenyam-pesaOpinionSomaliathird world contries
TweetShare
BitStarz Player Lands $2,459,124 Record Win! Could you be next big winner? Win up to $1,000,000 in One Spin at CryptoSlots