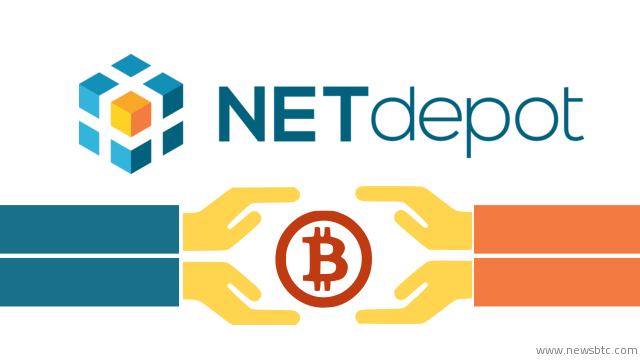 NetDepot.com provides leading-edge dedicated servers and cloud servers to a wide variety of corporate and enterprise clients. NetDepot utilizes robust, redundant data centers in New York, Atlanta, and Dallas giving the best performance and redundancy to its valued clients. The company has a 20-year history and is net income profitable with the benefit of carrying no debts. With this solid financial management and long history, it is the stable place for your IT needs.

“Bitcoin is a revolutionary, vibrant and growing virtual currency which we fully embrace here at NetDepot.com. Our customers asked for this option and we delivered.”

NetDepot.com recently started a growth campaign with a based on a massive US expansion into locations such as New York City, Chicago and Los Angeles, in addition to their existing Atlanta and Dallas facility has been moving full speed ahead this last year with its ambitious growth plan.

“We have a full roadmap ahead of us this next 12 months and we look forward to delivering to our customers exactly what they want.”

Last June, NetDepot.com announced the release of its Free 100GB per month CDN platform along with the revamping of its existing Dedicated Server Reseller Program. The company now introduces Bitcoin as a new payment method alongside with its traditional payment methods such as Visa, MasterCard, American Express, Discover and Paypal.

With this, the company jumps in the world of cryptocurrencies and takes Bitcoin into a new Industry.

Tags: bitcoinBitcoin NewsNetDepotNewsPayment method
TweetShare
BitStarz Player Lands $2,459,124 Record Win! Could you be next big winner? Win up to $1,000,000 in One Spin at CryptoSlots