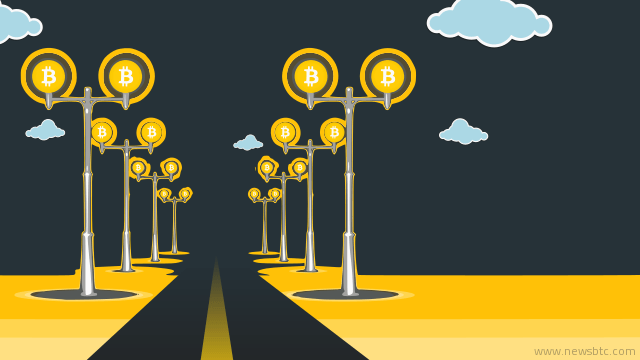 Bitcoin Shows the Way for Creating a Sustainable Local Economy

Next Article: Mike Tyson Knocks on the Bitcoin Industry's Doors

When launched, Bitcoin was considered to be some kind of a virtual in-game currency, similar to those used in Second Life and other video games. As time progressed the world realized the true potential of bitcoin and it also gave rise to other wannabees which are now better known as altcoins.

Bitcoin has been gaining popularity and notoriety since its inception. The number of people using bitcoin has also increased drastically. The technology behind bitcoin, better known as Bitcoin technology or Blockchain technology has far more applications than just acting as a decentralized ledger for bitcoin transactions. Better known as Bitcoin 2.0, Blockchain technology is now being used for a wide variety of applications that involves managing and maintaining secure databases of medical records, real estate records, intellectual property rights etc.

As bitcoin is gaining prominence and entering the mainstream economy, banks and financial companies have started feeling threatened . They are now working on ways to incorporate the same technology for their banking operations, dealing with fiat currency.

Bitcoin is based on an open source technology, which made creation of altcoins easier. The same technology now increasingly being used to create microeconomies powered by special altcoins which can be better referred to as localized digital currency. Unlike other altcoins, these localized digital currencies are created for use in one particular state or city as an alternative to fiat and guess what! These coins are backed by local governments. Few places in Greece, United States and United Kingdom are already running pilot scale.

Earlier this month, the Greek island of Agistri started a pilot scale implementation of Nautiluscoin, a cryptocurrency backed by gold. The program was initiated while Greece was still in negotiations with the Troika and now that they have reached a settlement, the status of this project is currently unknown. Similarly in the United Kingdom, the City of Kingston upon Hull is planning to introduce Hullcoin. The initiative is backed by the local government and it is designed as reward money for people who volunteer their services for the community. Hullcoin is mined and managed by the local government, while the public who have received Hullcoin during the course of their duties can use it to buy anything that can be bought with fiat currency inside the city.

Similar to the island of Agistri and the City of Kingston upon Hull, the city of Ithaca in New York, United States has Ithaca dollar. Ithaca dollar is created by a company IthaCash with an intention of keeping local money within the local community. By doing so, all these places are trying to shield themselves from the impacts of the global market and also bitcoin perhaps. All these are made possible by the creation of bitcoin and its success over time which has showed people that currencies without the backing of the central banks and governments can work better than the fiat issued by central banks.

Read More
Tags:AgistrialtcoinbitcoinBitcoin NewsgreeceIthaca dollarKingston upon HullmicroeconomyNewsOnlinesustainability BitStarz Player Lands $2,459,124 Record Win! Could you be next big winner?
Next Post