BitPay Layoffs Allegedly in the Works 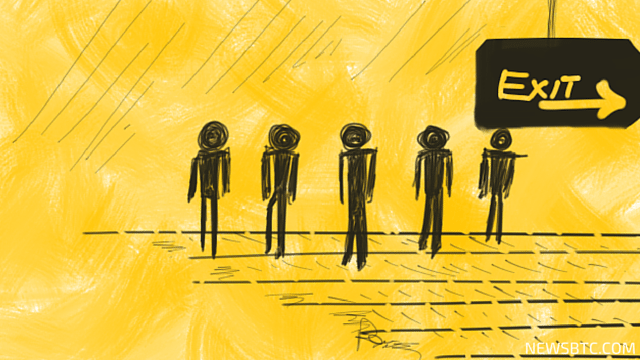 Is BitPay in trouble?

Wind has been caught that one of the world’s largest bitcoin payment processors is in the process of performing massive layoffs, and that half its staff will leave its vicinities in order to halt costs and keep up with bitcoin’s current pace.

A user named Bingo Boingo on qntra.net writes on the website’s forum:

“According to a known and reliable eyewitness numerous people have been spotted leaving the BitPay office in tears. This suggests rumors of further rounds of layoffs at BitPay. The witness further suggests that the marketing department was hit hard as many people’s phone lines at BitPay no longer work. BitPay’s struggles over the last year suggest high burn rate is a severe danger to companies starting up in the Bitcoin space… Expect more follow up and likely pictures later.”

Oddly enough, the layoffs coincide with the story of a computer hacker, who last week managed to scam BitPay out of nearly $2 million. According to CoinTelegraph, the culprit allegedly manipulated the email account of a certain BitPay executive, thus convincing company CEO Stephen Pair to send forth thousands of bitcoin to him directly. The publications suggest that the layoffs may be a simple matter of one event inevitably leading to another. With fewer funds available, BitPay now has to scrimp and save.

The company has been experiencing financial problems since its introduction of the Bitcoin Bowl early last December. The move failed to generate any solid interest or revenue, which led to the layoffs of nearly a dozen employees at that time.

BitPay is also facing controversy from its “Free Plan” introduced in July of last year, which promised unlimited transactions to new merchants. Recently, BitPay changed the plan to instill $1,000 limits on transactions and charge one percent processing fees.

What do you think about BitPay’s ordeals? Post your comments below!

Tags: bingoboingobitcoinbitcoin bowlBitcoin Newsbitpaybitpay employeesCoinTelegraphfree planlayoffsqntra.netStephen Pair
TweetShare
BitStarz Player Lands $2,459,124 Record Win! Could you be next big winner? Win up to $1,000,000 in One Spin at CryptoSlots