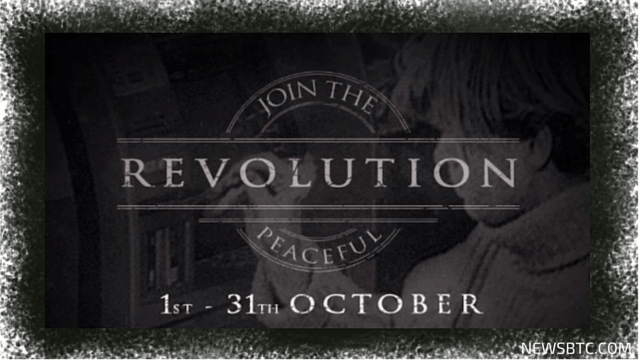 Hacktivist group Anonymous, which is known for spreading awareness on Edward Snowden’s revelations among other social issues, has launched its Black October campaign. In a video posted on YouTube, the group urges people to stop using banking services for the whole month, possibly leading to stronger demand for cash and alternative currencies such as bitcoin.

The group encourages the audience to withdraw all funds from bank accounts, stop using credit or debit cards, and to spread the campaign to others. In doing so, Anonymous hopes to be able to highlight the corrupt state of financial and banking services.

Is Bitcoin a Good Alternative?

Although Anonymous didn’t specify any use of cryptocurrencies such as bitcoin, a disruption in traditional banking activity could spur demand for the digital currency, which operates in a decentralized fashion. Instead of relying on banks or financial institutions to store funds or to validate transactions, bitcoin makes use of the blockchain and a consensus-based decision-making model.

Bitcoin has actually been under the spotlight for its potential to revolutionize the financial industry and governance, as it takes the power off these large entities and hands it to the members of the network or community.

Anoynmous has been open to bitcoin developments, as the cryptocurrency also appeals to those seeking a social revolution. The group reportedly made use of bitcoin to send a $25,000 donation to Gustavus Adolphus College to be used for the renovation of its Nobel Hall of Science.

While bitcoin has also been under the negative light because of its prevalent use in illegal activities or money laundering operations, banks and financial institutions are starting to recognize its potential as well, particularly that of its distributed public ledger or blockchain.

The hacktivist group maintains that Black October will be a peaceful campaign from October 1 to 31. Anonymous also invites the audience to participate in social activities related to this campaign in order to change the future with a few simple steps.

Tags: anonymous campaignbitcoin alternativeBitcoin anonymousbitcoin hackerBitcoin NewsBitcoin revolutionblack october campaignNewsOpinion
TweetShare
BitStarz Player Lands $2,459,124 Record Win! Could you be next big winner? Win up to $1,000,000 in One Spin at CryptoSlots