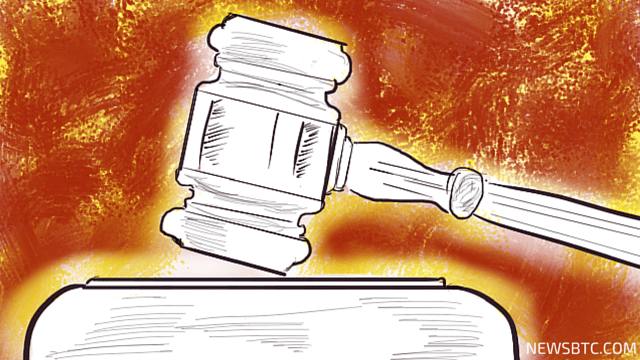 A bitcoin company based out of Saskatchewan is currently locked in a legal battle with the Financial and Consumers Affairs Authority of Saskatchewan. The defendant, Dominion Bitcoin Mining Company Limited was accused of violating the Securities act has in turn accused the investigator of breaching the company’s encrypted website to access confidential information which is later misinterpreted and used as the basis of currency securities hearing.

According to reports published by the Regina Leader Post, Dominion Bitcoin Mining Company Ltd. was accused of publicly promoting the sales of securities related the company without having proper registration and approval from the Financial and Consumers Affairs Authority. These allegations were brought forth by a securities investigator Harvey White last year. Harvey White has claimed that he found information on publicly accessible areas of the company’s website where Dominion Bitcoin Mining Company Ltd. had advertised that we are looking for shareholders who can invest in them.

Harvey White allegedly came across content on the company’s website which contained references to words like assets, purchasing shares, dividends and more. There were also references to shareholders receiving stakes in 10 different companies that are connected to Dominion Bitcoin Mining Company Limited on the webpage accessed by Harvey.

The allegations made by Harvey White was countered by Peter Voldeng, the chairman of Dominion Bitcoin Mining Ltd by accusing him of hacking into the company’s website to gain access to area of the website which was used as a drawing board by the company. the area in question required login credentials to access, which was effectively circumvented by Harvey White during his course of investigation in April last year. Peter Voldeng, who has been called as witness by both the parties also pointed out few alleged discrepancies in the documents produced by Harvey White as evidence. The evidence, which is a set of printouts taken from the website is said to have a same URL on each page which Peter Voldeng claims is not at all a valid link on Dominion’s website.

With both sides blaming each other of wrongdoings, the closing arguments have been scheduled for Tuesday, which might decide the outcome of the ongoing securities hearing.

Tags: bitcoinBitcoin Newsblockchaindominion bitcoin mining companyharvey whiteminingNewspeter voldeng
TweetShare
BitStarz Player Lands $2,459,124 Record Win! Could you be next big winner? Win up to $1,000,000 in One Spin at CryptoSlots