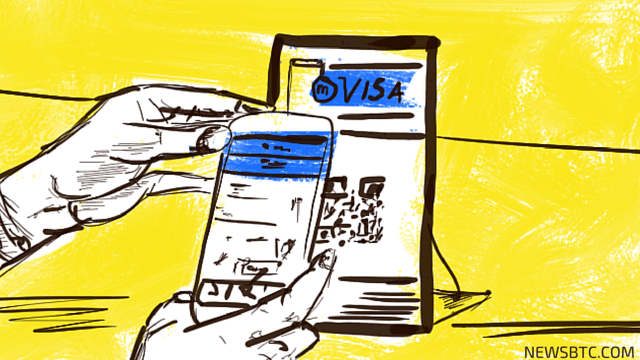 Ever since bitcoin gained the attention of the mainstream media its uses have been widely covered. The ease of paying for goods and services by just scanning a QR Code at Point of Sale terminal is one such use which has been discussed often. Bitcoin PoS systems are already being implemented in places where bitcoin usage has gained good traction. Companies like BitPay, BitPagos have a considerable market share in these countries. While countries with active bitcoin communities have been enjoying these services, at the expense of conventional payments industry (at least that’s what some people think) what about those countries where bitcoin payments has not caught up?

While the bitcoin community keeps on talking about these things at places where they are already implement, the conventional electronic payments giants are busy capturing those markets where most of the population are still clueless about bitcoin or bitcoin payments. Visa, one of the leading card and electronic payments company has already taken India by storm with its mVisa payment platform. Visa had announced the launch of its mVisa service in partnership with few leading banks in the month of August. In a span of less than3 months, the company has created a wave by onboarding a lot of merchants in leading metros.

Bangalore, one of the leading metropolitan cities in India which also happens to be the tech and startup capital of the country has turned into a leading hub for the company. In Bangalore, if anyone happens to visit a shop, the first thing they see at the counter is a QR code and an attractive blue mVisa sticker at the storefront. Customers with mVisa enabled accounts can pay their bill at the counter by scanning the QR code and transferring the amount from their bank account. Sounds familiar? Yes, it has to the same procedure one usually follows while paying with bitcoin.

Even though paying bills using ones smartphone is not a new thing, the similarity to bitcoin payments, not to mention the sense of security the customer feels while making transactions. Unlike bitcoin transactions, the payments made using mVisa will be the same as making payments using debit or credit cards and it can be reversed. mVisa can be used for online payments and peer to peer transfer as well.

While announcing the launch of mVisa, the company announced that it will be immediately onboarding over 20,000 merchants in Bangalore alone. At the same time Visa also opened a new technology development center in the city. The new center will be complementing other similar units the company has planned to open in Singapore and the United States.

Lately Visa has been bullish when it comes to technological advancements in the payments industry. The company has recently worked alongside DocuSign, a digital signature and authentication platform to create a blockchain technology based proof of concept application for car rental services. Continuing along the same lines, the company will soon be on the top when it comes to payment solutions and platforms.

Tags: bitcoinBitcoin NewsbitpagosbitpayDocuSignmVisaNewspaymentsProductsvisa
TweetShare
BitStarz Player Lands $2,459,124 Record Win! Could you be next big winner? Win up to $1,000,000 in One Spin at CryptoSlots