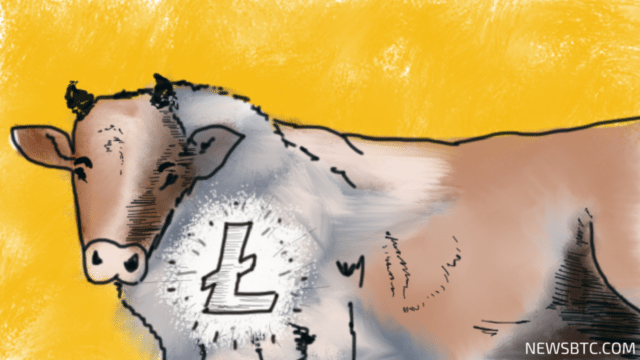 I will resume writing a daily LTC price technical analysis starting from today, so throughout this article, I will try establishing some key resistance and support points that would help us read through the charts and detect clues that can predict future price movements.

Last week, LTC price surged to exceed $4 on the 31st of October. The bullish wave started a day earlier than Bitcoin’s surge and Litecoin’s price rose from $3 to around $3.72 last Sunday. However, as Bitcoin’s price rose above the $340 resistance level, LTC also continues to print higher highs.

Bulls in Control On 1 Day Charts:

By studying the 1 day (LTC/USD) charts from Kraken (look at the below chart); plotting the William’s Alligator Indicator and plotting a Fibonacci retracement between the low scored on the 14th of May, 2015 ($0.41) and the high scored on the 10th of July, 2015 ($8.81), we can observe the following:

1- the 13 period MA displaced by 8 periods into the future (blue line).

2- the 8 period MA displaced by 5 periods into the future (red line).

3- the 5 period MA displaced by 3 periods into the future (Green line).

As shown by the circle engulfing the 3 trend lines of William’s Alligator on the below chart, we can spot a long trade signal as the green line is above the red line and the blue line is below the red line. Accordingly, this anticipates continuation of the bullish wave so we can see price rises towards testing the 0.5 Fib retracement level at $4.6 within the next week.

By analyzing the LTC/USD charts from Bitfinex; plotting the 100, 50 and 20 EMA; and executing the MACD indicator (look at the below chart), we can conclude the following:

Charts from Kraken and Bitfinex; hosted by Tradingview.com

Tags: Litecoinlitecoin pricelitecoin technical analysis
TweetShare
BitStarz Player Lands $2,459,124 Record Win! Could you be next big winner? Win up to $1,000,000 in One Spin at CryptoSlots