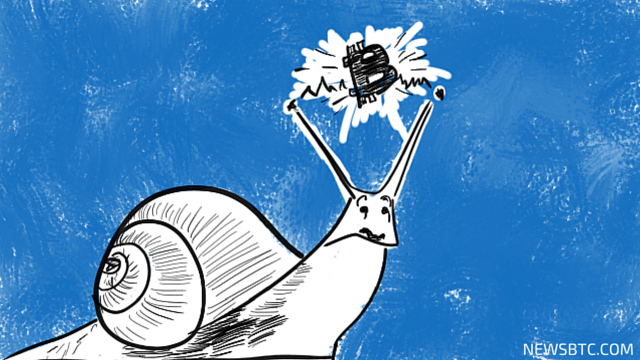 Bitcoin price rose to a high of around $365 earlier today, which is $5 short of yesterday’s high. Despite failure to print a higher high today, bitcoin price is still advancing along the new upward sloping trend line that we spotted yesterday. If the market’s bulls succeed at sustaining the current buying volume, we can expect the $370 resistance level to be tested within the next 24 hours.

By examining the 1 hour (BTC/USD) charts from bitstamp (look at the below chart); plotting the 20, 50 and 100 SMMAs and keeping the upward sloping trend line we spotted during yesterday’s analysis, we can conclude the following:

We will study the same 1 (BTC/USD) chart from Bitstamp but after zooming out and plotting the stochastic oscillator (look at the below chart). We can notice the following:

Bitcoin price rose today to print a high of $365, yet it failed to beat yesterday’s high ($370). Our technical analysis in favor of continuation of the new bullish wave so that we can see the $370 resistance level tested within the next 24 hours or so.