Banks in Russia to Get Bail-In Support from Depositors 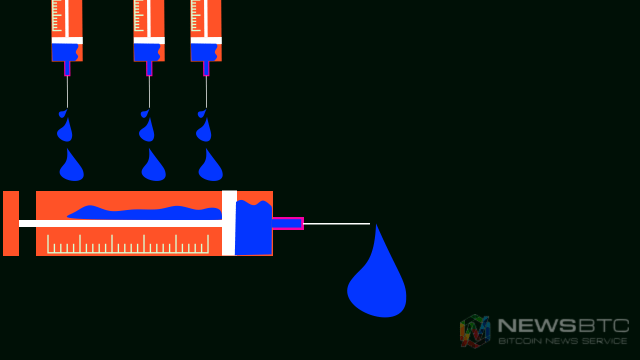 Russia is recovering from a slew of sanctions imposed by the Western nations for annexing Ukraine. In addition to a number of restrictions on import and export of goods from the country, Russia is also plagued by dropping oil prices. Being one of the leading oil suppliers in Europe, the fall in international oil prices has directly impacted the country’s revenues. As expected many Russian banks are in trouble due to decline in deposits and minimum liquidity. Many banks, in order to maintain the minimum liquidity and to offset bad credits have liquidated their assets, putting themselves on the verge of insolvency.

It is always a tough call to shut down a sick bank. Banks form the backbone of traditional fiat based economy, and shutting down major banks is a headache that any government or financial regulator prefers to avoid. Bank will have millions of customers, both individual and corporates who have their funds parked in these institutions. By closing the bank, government will be under burden to compensate for the deposits held by its customers. The process is generally known as ‘bail-out’ where non-performing banks are either taken over by the government or merged with other well-performing banks. Any shortcomings (mismatch) in the assets or deposits will be filled in by the governments using taxpayers money. Bail-outs played an important role during the Great Recession in the United States. However, bailout comes with its own range of problems. The pressure upon the treasury will be huge and by issuing more money to maintain liquidity, the central bank will end up further weakening the country’s economy.

However, another way to rescue the economy by ensuring that the ailing banks receive the required liquidity without additional burden to the treasury or the taxpayers. The government of Russia has recently announced that it has plans to introduce bail-in programs for the ailing banks. With bail-in program, the bank’s creditors will invest and bear the costs of improvement in exchange for future returns depending upon the performance of the banks.

Bail-out was an accepted norm in the early 2000s. The US Federal Reserve was responsible for bailing-out banks during the Great Recession fueled by subprime mortgage crisis. Many US financial institutions received bailout packages from the Federal Reserve which involved purchase of mortgage backed securities from the affected banks. This led to infusion of cash into the system.

Bail-out packages are short term measures that helps infuse liquidity to the banking system by transferring debt from banks to the Federal Reserve (Central Bank). A mere transfer of debt will be of very less significance to the overall economy as the collective debt remains the same. In addition, the taxpayers money pumped into the system in the form of government backed insurance and fresh currency will lead to dilution of the economy.

With the government pitching in to rectify the mistakes made by banks and investment firms do not necessarily incentivise these institutions to improve/ rectify their practices.

In Bail-in, the central bank will limit its involvement and capital flow into the ailing banks. Instead, depositors and investors with liquid reserves are encouraged to invest in the banking sector, providing the much needed liquidity. Bail-in doesn’t require the central bank to pump in more money into the country’s financial system, preventing dilution of economy. It will also encourage banks to make suitable changes to the existing system, to the satisfaction of new found investors who would want to see better returns to their investment in the ailing banks.   Even though bail-in mechanism is better than bailout in many ways, it may affect the customers. The insurance cover over deposits and investments are limited, making people more vary about keeping their money in banks.

The Russian annexation of Crimea made the country a target to Western economic sanctions. These sanctions placed lot of restrictions on international trade, foreign assets and investments. There was a drastic reduction in foreign investments, effectively reducing the capital flow, many people and companies placed on sanctions list had their overseas assets frozen and rendered inaccessible. All these factors greatly reduced the influx of money into the country’s economy. It was further worsened by falling petroleum prices. Dwindling investor confidence and falling ruble caused the Russian economy to slow down, effectively drying the economy.

In addition, the Russian Government was not willing to explore alternative currency as an option to circumvent these sanctions, which were applicable only to ruble and not to digital currencies like Bitcoin.

Russia is one of the few countries where possessing bitcoin may put someone in trouble. The Eurasian country is known for its rocky relationship with the digital currency. Russia had earlier cracked down on bitcoin based companies and websites. In recent times, the finance ministry has drafted a bill that makes exchanging bitcoin for ruble a criminal offence carrying a maximum of 4 years imprisonment.

The Russian government is against the use of bitcoin. However, the country is open to the idea of using Bitcoin technology for banking and FinTech.

Tags: bail-inbail-outbanksbitcoinBitcoin NewsNewsrussiasanctions
TweetShare
BitStarz Player Lands $2,459,124 Record Win! Could you be next big winner? Win up to $1,000,000 in One Spin at CryptoSlots