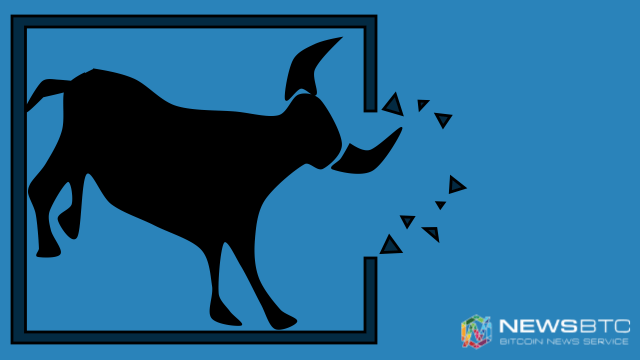 Bitcoin price showed strong bullish momentum with a consolidation breakout and a continuation pattern visible on the 1-hour chart.

The 100 SMA is below the 200 SMA for now but it looks like an upward crossover is ready to take place, signaling a buildup in buying pressure. Stochastic and RSI are also heading down, which brings the possibility of profit-taking before further gains.

If so, a pullback to the broken triangle resistance at $370 or the moving averages around $375 might take place. Once the oscillators reach the oversold areas and turn higher, bitcoin price could resume its bullish run.

A strong return in buying pressure could lead to an upside break from the current flag pattern. A long green candle closing past $390 could be enough to confirm another leg higher.

Note that the mast of the flag pattern is around $25 in height so a strong breakout from the continuation formation could yield another $25 in gains, taking bitcoin price to $410 and beyond.

Dollar weakness has been in play for the past couple of days, allowing bitcoin price to take advantage. Risk-on flows appear to have returned, partly due to the rebound in oil prices.

Talks of an OPEC meeting this month to discuss production cuts could be keeping the commodity price supported, also easing fears of another slump in inflation. This has allowed investors to be hungry for more risk, also moving their funds to assets that are not under the control of central banks.

Recent policy statements have resulted to volatile currency action as central banks appear to be shifting to dovish stances, keen to keep their currencies weak in order to keep domestic inflation supported. Bitcoin, on the other hand, isn’t subject to monetary policy action so it is more dependent on supply and demand.

Things to take note of include the upcoming NFP report which might impact dollar movement. Leading indicators support a downside surprise, which might mean more dollar weakness as traders reduce expectations of a Fed rate in March.

Fed rhetoric has also been highlighting the lower odds of a March hike, which is also dampening demand for the dollar and allowing for more gains in bitcoin price.

Another factor to keep in mind is the possibility of profit-taking ahead of the Chinese market holidays next week. The Chinese New Year is set to start on Monday and this could mean a recovery in financial confidence, as companies rush to meet orders and consumers take time off to enjoy a vacation or shopping sprees, thereby lifting revenues and spending data – something that could keep risk appetite in play.