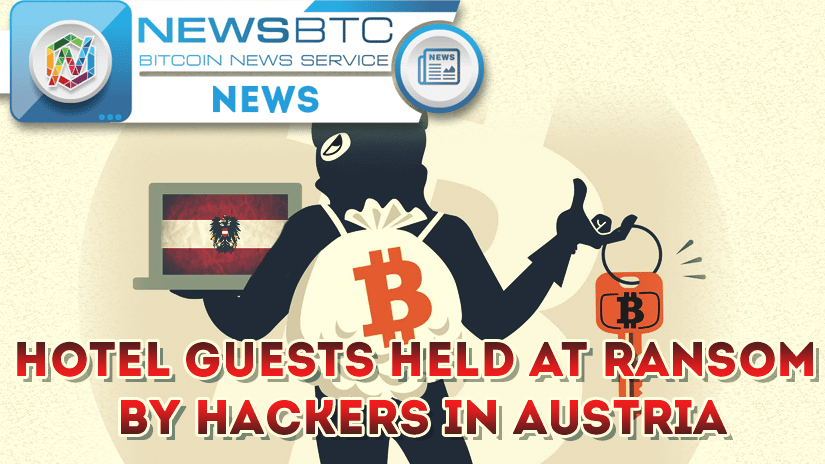 Hackers attacking critical IT infrastructure for Bitcoin ransom is not a new thing. It has been happening on a regular basis in the past couple of years. But attacking a hotel and locking hundreds of guests out of their rooms probably never happened before last week.

According to reports, one of the top European hotels, Romantik Seehotel Jaegerwirt in Austria became the target of cybercriminals. They managed to hack into the luxurious 4-star hotel’s electronic key system, rendering it useless. While the hotel guests were unable to move in and out of their hotel rooms, the hackers demanded a ransom of over EUR 1500 in Bitcoin from hotel authorities.

The timing of their attack, which coincided with the opening weekend of the winter season also prevented the hotel from programming new key cards to replace the nonfunctional ones. Considering the circumstances, the management of the crowded hotel were forced to cave into the hackers’ demands.

The hotel, in a statement, reported that it was not the first time the facility has come under hacking attack. The hotel was allegedly attacked twice before last week’s attack, which happened to the most severe one among all. The security breach also compromised the hotel’s reservation and cash desk systems, bringing the whole operation to a standstill.

“The house was totally booked with 180 guests. We had no other choice. Neither police nor insurance helps you in this case.”

He also added that it was cheaper and faster for the hotel just to pay the ransom instead of exploring other alternatives.

The hackers seem to have made another attempt to break into the system after the ransom payment. They had apparently left a back door open in the system, which was fixed in a timely manner by the hotel management.

Romantik Seehotel Jaegerwirt currently has a state of the art cybersecurity system in place. It is mulling over the possibility of reintroducing old fashioned lock and keys along with electronic locks to prevent similar acts in the future.

In a statement, Romantik Seehotel Jaegerwirt urges the law enforcement and cybersecurity agencies to take appropriate actions against those responsible for such acts, to prevent business from falling victims to hacking incidents.