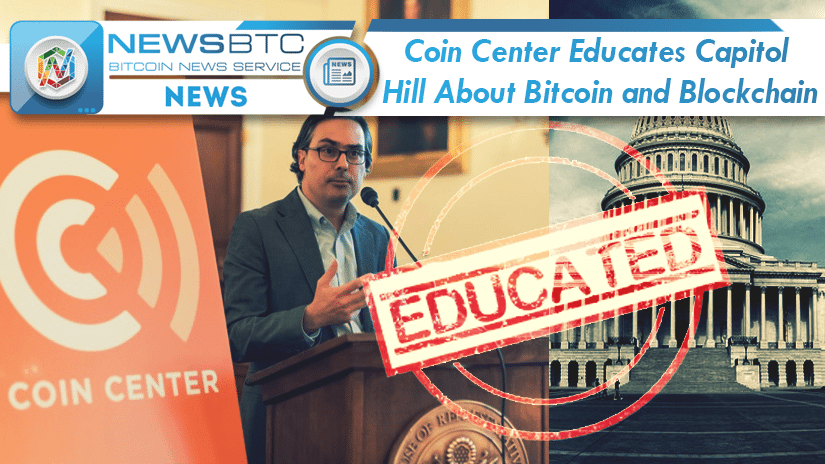 A large-scale implementation of any new technology is only effective when there is active collaboration between the private and public sectors. The same holds good for cryptocurrency technology. The cryptocurrency community is still a niche segment. A majority of the world’s population, including politicians and bureaucrats, is still in the dark about how the entire Bitcoin network works.

Coin Center, a non-profit cryptocurrency research and advocacy group based out of Washington DC has been actively involved in educating the key members of the government about Bitcoin, Ethereum and blockchain technology. The members of United States Congress are the latest ones to benefit from the Coin Center’s initiative.

The program held its first formal education session on February 15, 2017, where the lawmakers were briefed about blockchain technology and its uses. The session was led by Peter Van Valkenburgh, the director of research at Coin Center. According to the organization’s website, Valkenburgh spoke about the difference between permissionless blockchain networks like Bitcoin and Ethereum and the private ones like those that are being currently worked upon by various corporations across the world. Other notable names from the cryptocurrency who participated in the session include Reuben Bramanathan from Coinbase and Mark Wetjen from DTCC.

The Coin Center’s initiative will help the lawmakers understand the functioning of blockchain technology and its uses. It will play an important role in influencing the future policies and regulations as they will be framing them with an in-depth understanding of the technology they are regulating. Coin Center has been successfully lobbying for widespread adoption of cryptocurrency technology across government and industries while making it easier for blockchain and Bitcoin businesses to operate in the United States.

Coin Center is expected to continue working on various initiatives for the benefit of the cryptocurrency community.

Tags: bitcoinBitcoin Newsblockchainblockchain technologycapitol hillCoin CenterNews
TweetShare
BitStarz Player Lands $2,459,124 Record Win! Could you be next big winner? Win up to $1,000,000 in One Spin at CryptoSlots