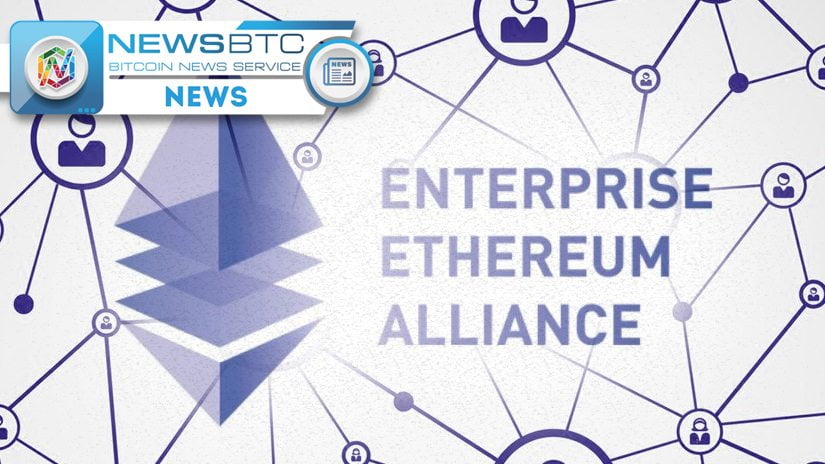 Some of the leading corporates and cryptocurrency startups have come together to create Enterprise Ethereum Alliance. The new enterprise collaboration is focused on the promotion, development, and implementation of Ethereum based blockchain applications across leading industry segments.

The creation of a new alliance was announced earlier today in a press release. According to the release, members of the Enterprise Ethereum Alliance will build, promote and support the Ethereum-based technology best practices, standards, and EntEth 1.0 reference architecture. The support, from the likes of Accenture, Banco Santander, BlockApps, BNY Mellon, CME Group, ConsenSys, IC3, Intel, JP Morgan, Microsoft, and Nuco will help Ethereum protocol mature into an enterprise-grade technology.

They bring their learning and expertise to the table to further enhance Ethereum’s privacy, confidentiality, scalability, and security. The press release quotes one of the founding board members of the Enterprise Ethereum Alliance, Jeremy Millar saying,

“Ethereum is already one of, if not the, most widely used technologies for developing and deploying enterprise blockchains. Enterprises love the availability of open-source implementations, a single standard, the rapidly growing developer ecosystem, and availability of talent. But enterprises expect resilient secure systems and a robust controls environment. EEA aims to bring these together, both to provide enterprises the forum they need and also to advance Ethereum generally.”

“The Enterprise Ethereum Alliance project can play an important role in standardizing approaches for privacy, permissioning and providing alternative consensus algorithms to improve its usability in enterprise settings, and the resources the project and its members are contributing should accelerate the advancement of the Ethereum ecosystem generally… I look forward to continuing to work with everyone involved.”

Hybrid blockchain architectures spanning both permissioned and public Ethereum blockchains is another area of interest for the alliance. In the current scenario, the Enterprise Ethereum Alliance may offer the blockchain platform a much-needed breakthrough to become the preferred distributed ledger technology among large enterprises.

Tags: blockchain technologyenterprise ethereum allianceethereumNews
TweetShare
BitStarz Player Lands $2,459,124 Record Win! Could you be next big winner? Win up to $1,000,000 in One Spin at CryptoSlots