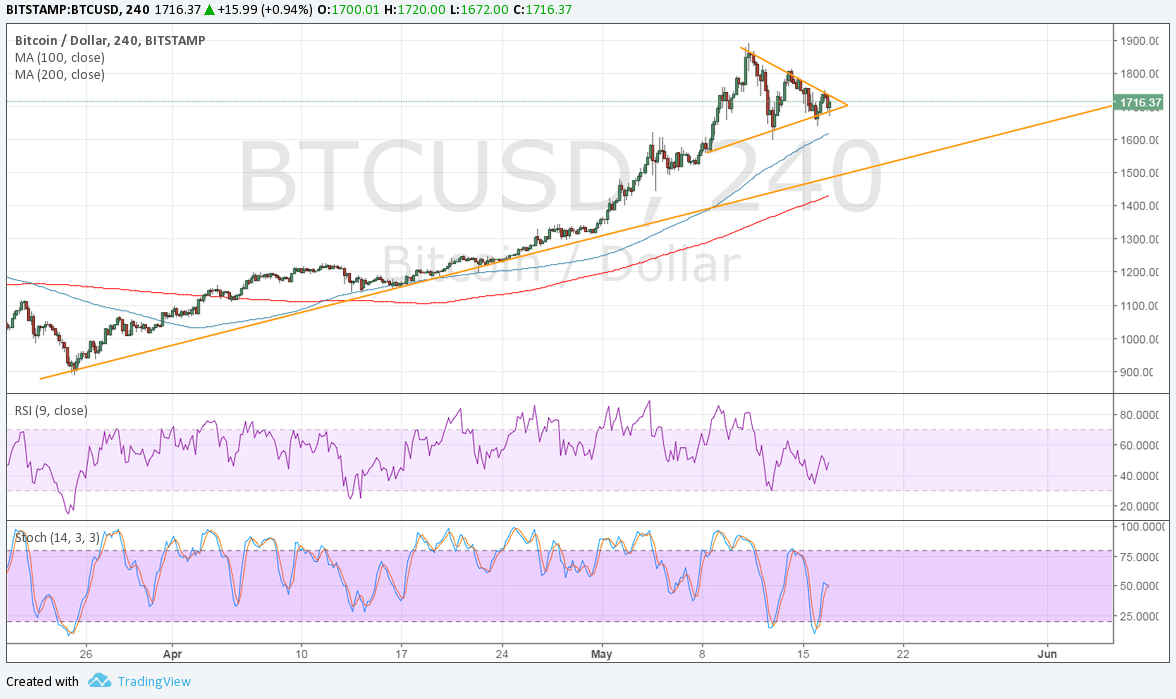 Bitcoin price consolidation has gotten tighter, signaling that a breakout is bound to take place soon. Which way will it go?

The 100 SMA is safely above the longer-term 200 SMA on the 4-hour time frame and is increasing the gap to signal that the path of least resistance is to the upside and that bullish momentum is strengthening. The 100 SMA is moving close to the triangle bottom, adding another layer of support in the event of a break lower.

The 200 SMA is closer to the rising trend line support connecting the lows since the latter part of March. The line in the sand for the uptrend could be right around this area as a break below the $1400 levels could be enough to confirm a longer-term slide.

Stochastic is on the move up to indicate that buyers are in control of price action. RSI is also pointing north to show that bitcoin price might follow suit. A break past the resistance at $1750-1800 could be enough to seal the deal for another test of the record highs or the creation of new ones. Bitcoin’s credibility has taken a hit due to the recent WannaCry ransomware attack in which perpetrators demanded bitcoin payment to unlock files they seized from victims. This comes at a crucial point for the cryptocurrency, which has been steadily building its legitimacy with regulatory agencies.

Traders are now waiting to see how this will impact SEC decisions on bitcoin ETF applications and how other foreign regulators could react. Risk-off flows are still in play in global financial markets so bitcoin price remains somewhat supported.