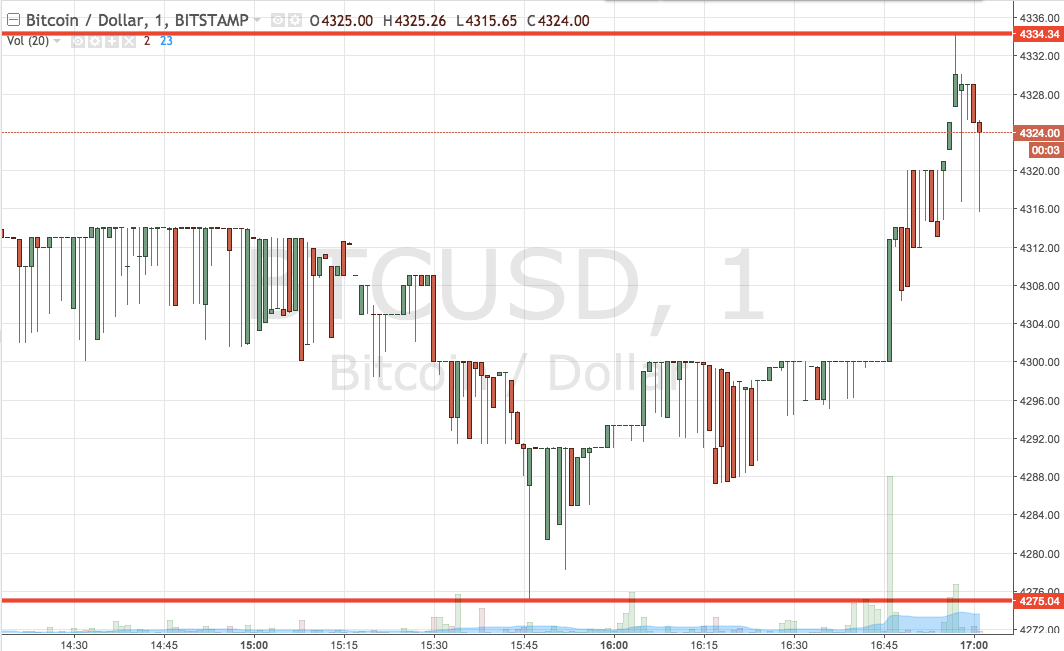 That is another day done in our bitcoin price trading efforts and action has been relatively good to us during the European session. We noted at the end of last week that we would like to see some consolidation over the weekend and that we would be watching this consolidation closely for any potential breakout entries as and when it came to an end.

We did get said breakout early this morning and, with it, the opportunity to jump into the markets for a relatively quick and clean profit. We are now at the crossover point between the US and European sessions and it is time to take a look at how action today can feed into a revised strategy heading into the session tonight. As ever, then, take a quick look at the chart below before we get started so as to get an idea of what happened throughout the European part of the day and where things stand moving forward. It is a one-minute candlestick chart and it has our key range overlaid in red. As the chart shows, the range we are carrying forward into the session comes in as defined by support to the downside at 4275 and resistance to the upside at 4334. This is a slightly wider range than normal, so intrarange is an option for tonight. Long on a bounce from support and short on a correction from resistance, targets set as the opposing levels.

If we see price close below support, we will enter short towards an immediate downside target of 4240. A stop loss on the trade at 4285 works to keep risk defined. Looking the other way, if we get a close above resistance, we will enter long towards a target of 4360. On this one, a stop loss somewhere in the region of 4322 will ensure that we are taken out of the position in the event of a bias reversal.